The South Dakota soybean checkoff and Hungry for Truth initiative hosted the interactive workshop to help farmers engage consumers in conversations about food and farming based on shared values. Farmers are often encouraged to talk with consumers about how their food is grown and raised, but simply sharing the facts doesn’t resonate.

Moenning says, over the past 40 years, progress went from exciting and inevitable, to possible but not always embraced. Big was respected, but now consumers perceive big as bad. Other societal changes have also had an impact. In the past, consumers trusted people based on their authority. Today, trust is based on a relationship.

Meanwhile, back on the farm, what happened in agriculture? Farms became bigger, more efficient, more progressive and more remote to most of the public. “We have become the very thing consumers don’t trust,” Moenning explains.

How does ag regain consumer trust when farm practices have become so foreign to many? CFI research shows people may not understand farm practices, but they do trust farmers. Farmers are the best advocates for agriculture and the best ones to share their stories. Moenning shared tips on how to start values-based conversations and have impactful conversations about food and farming.

“Listen. Ask. Share. Lead with your values. Tell them why you grow food, not how you do it,” says Moenning. She then challenged the group to identify universal values all people share such as family, respect and integrity. 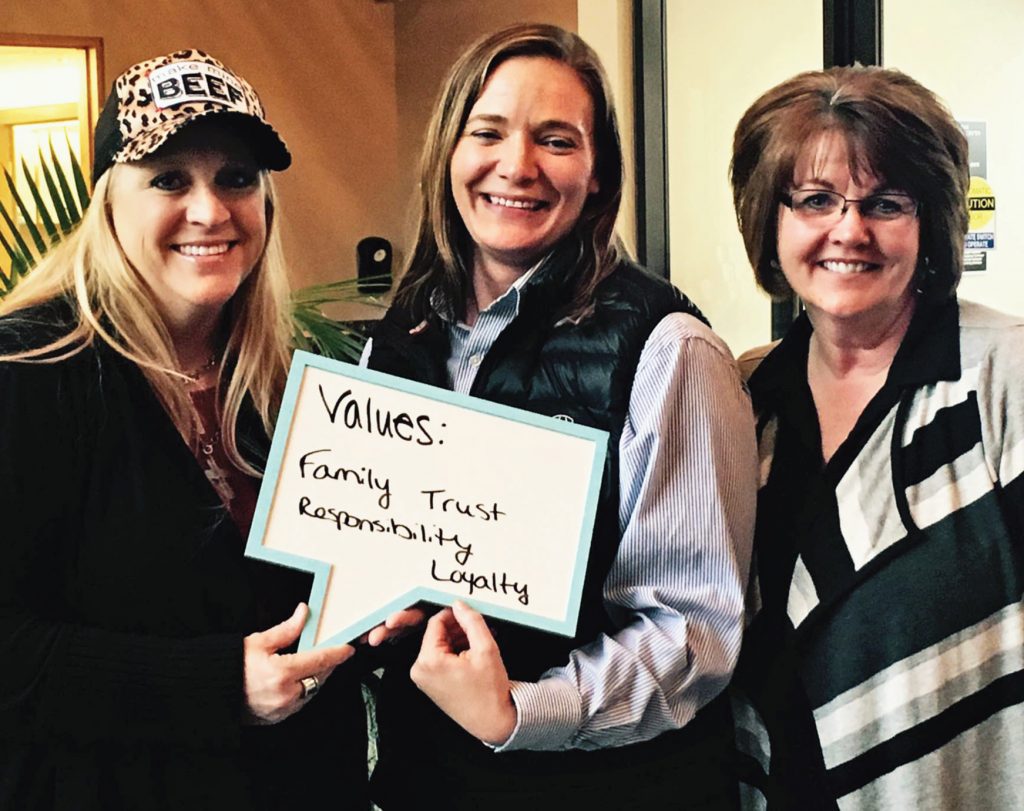 South Dakota Soybean Association director and Hungry for Truth committee member Jerry Schmitz told the group that when he gets asked questions about antibiotic use on livestock, he likes to find out if the person has a pet. “Most people who have pets take them to the veterinarian when they’re sick and treat them with antibiotics if prescribed. That’s what we do on the farm. I find a common value like compassion for animals helps make a better connection,” says Schmitz.

According to CFI research in 2016, food is a top concern among U.S. consumers. It’s number two after the rising cost of health care and before the economy. More than half the people surveyed (55 percent) think food production is headed in the right direction, while 68 percent have a positive impression of farming. Eighty percent indicated they are interested in learning more about farming. South Dakotans are right on par with the rest of the nation. When it comes to food, research indicates people in South Dakota are most concerned about its safety. They want to know more about pesticide use, GMOs and hormones.

“The opportunity is there. Your stories are important. Keep telling them. There are days you won’t think you’re having an impact, but you are,” Moenning says. “You want choice on your farm. That’s no different than the consumer who wants choice in the marketplace.”

Hungry for Truth believes farmers are the best advocates for agriculture and wants to empower South Dakota farmers to have meaningful conversations with neighbors, family members and friends. Workshops like these provide helpful tools farmers can use to be more successful. This helps create a strong future for agriculture and all types of farming. To get involved with Hungry for Truth or learn more, visit the website here.