Although Palmer amaranth infestation isn’t widespread in South Dakota, farmers and weed researchers are understandably cautious now that the dreaded weed has been found in the state. South Dakota Soybean Research & Promotion Council (SDSRPC) asks researchers from South Dakota State University and SDSU Extension what South Dakota’s soybean growers need to know to protect their soybeans from this weed, pests and diseases. 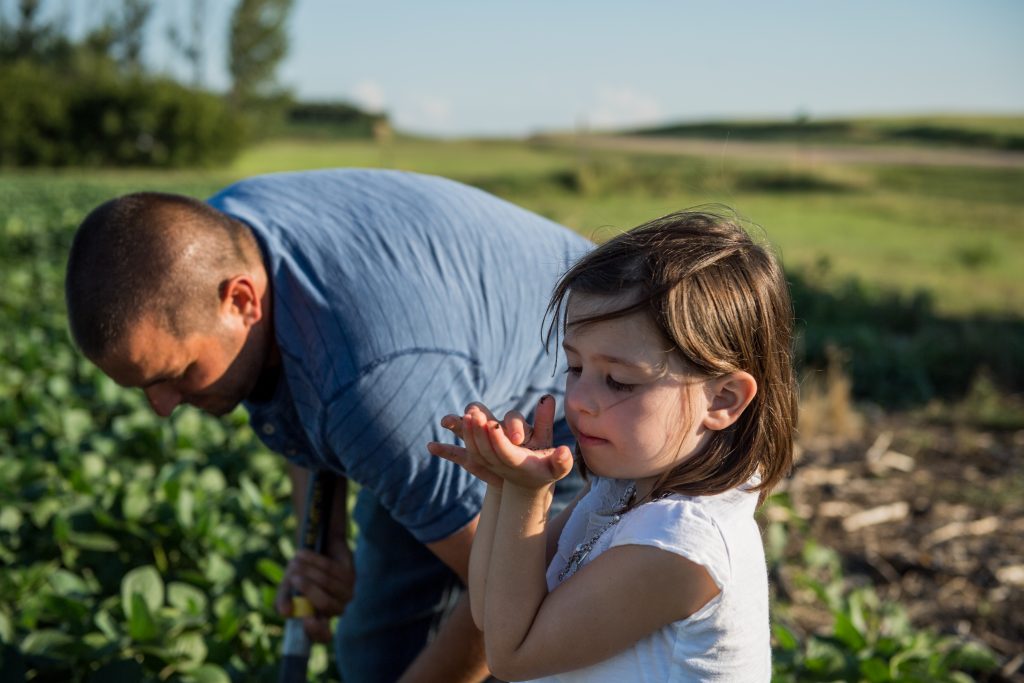 The Palmer problem
Most Palmer plants found in South Dakota originated from an out-of-state source, such as contaminated machinery, seed or manure. Palmer is an invasive annual plant. Females can produce up to 1 million seeds per plant if they emerge early in the growing season and have no competition.

As with most weed control, researchers urge farmers to start with clean fields. South Dakota State University (SDState) research shows that early treatment is the best hope for control.

“It’s very important to control Palmer when it’s small,” said SDSU Distinguished Professor Sharon Clay. “Don’t let it get ahead of you. When spraying Palmer seedlings that are 2-4 inches tall, you can almost control it. By the time you have a 6- to 8-inch plant, you’ve lost it. We sprayed plants that were 6 to 8 inches tall and, while initially injured, the plant regrew.”

Palmer grows aggressively and is resistant to several herbicide modes of action. Using seeds for a South Dakota infestation, Clay said that glyphosate and ALS inhibitors didn’t work, and atrazine had little effect in controlling Palmer amaranth. And, because there are multiple biotypes that have resistance to different herbicides, each new infestation may have a different resistance make-up.

Scout and treat
Farmers should be on the lookout and use whatever means are necessary to keep Palmer plants from going to seed.

“That could mean spot spraying more than you’re used to, mowing patches to keep plants from going to seed, or going back to hand weeding,” Clay said.

Because Palmer amaranth seeds are viable for three to five years, Clay says if farmers can keep plants from going to seed for several growing seasons, their outlook will be much better in future years.

Palmer amaranth
Many Palmer biotypes contain a V-shaped marking on the leaf that can range in color from pink to red, purple and white, while others have no markings. Leaf size and shape can also change. Some leaves may be narrow, others may be large and wide.

It appears Palmer amaranth can hybridize with common waterhemp, with offspring exhibiting characteristics of both species, causing greater difficulty in identification. The petiole, the stock that attaches the leaf blade to the stem, is longer than a diamond-shaped leaf, a rosette-like growth near the stem and the base of the petiole.

Redroot pigweed
Redroot pigweed plants display both male and female flowers on an individual plant. Their flower head is often short and compacted. The plant also has a hairy stem and leaves.

Defending against pests & diseases
Soybeans are always under attack from diseases and pests that can reduce yields, particularly from Soybean Cyst Nematode (SCN). SDSU Extension Plant Pathologist Emmanuel Byamukama is the principal investigator on several soybean research trials, some of which are partially funded by SDSRPC through checkoff dollars.

“We did not see a significant yield increase as a result of fungicide application in the two locations we had the trials,” Byamukama said.

Farmers need to balance the return on investment from their inputs. While the SDSU testing didn’t show any advantage to using the fungicide treatments for foliar fungal diseases, farmers can do evaluations on their own farms.

Battling nematodes
Byamukama says researchers tested nematicide seed treatments in 2017, using Ilevo, Clariva pn and Avicta Complete Beans on SCN-susceptible and SCN-resistant cultivars.
“We had low SCN numbers at the start of the season and at the end of season, so we did not detect differences between nematicide-treated and non-treated plots,” Byamukama said. “However, the SCN-resistant cultivar outperformed the susceptible cultivar.”

The highest probability of a return on nematicide seed treatment investment is when initial SCN population density in the soil is high, exceeding 6,000 eggs per 100 cubic centimeters of soil, according to Byamukama.

“That’s why we encourage growers to have their soils tested periodically to keep track of the SCN population density in the soil,” Byamukama said.

This test is free of charge to South Dakota growers thanks to a grant from SDSRPC.

SDSU researchers also sampled weeds from several counties in fall 2016 and spring 2017. They found that clover, field pennycress, leafy spurge, horse weed and purple deadnettle are hosts of SCN, meaning that if those weeds are present, SCN can reproduce and keep increasing in the field after soybeans are harvested and again in spring. Growers whose fields are positive for SCN should proactively manage weeds in the fall to prevent SCN continued buildup in the soil.