Since 1969, U.S. soybean farmers have been building relationships and collaborating with partners in Taiwan to help meet that country’s soybean import and processing needs.

South Dakota was among the states represented recently on a U.S. Soybean Export Council (USSEC) sponsored trade mission to Taiwan, celebrating the 50th anniversary of this relationship and reinforcing its importance for all in the soybean value chain. 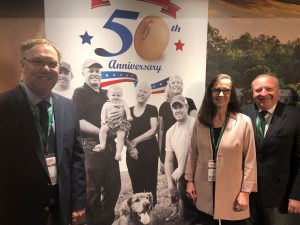 “Trade missions like this one in Taiwan are so important to increasing the demand for U.S. Soy,” commented Ostrem, who farms near Centerville. “It’s a great opportunity for buyers to meet the U.S. soybean farmers and put our faces and stories to the product.”

In 50 years, the trade relationship has grown exponentially. In 1969, Taiwan imported only 472,000 metric tons of soybeans from the United States. For the most recent marketing year, U.S. soybean exports to Taiwan exceeded 2.2 million metric tons. U.S. soybean farmers have an 86% market share for Taiwan’s soy. The nation ranks 7th on our list for top soybean exports.

Soy foods are a staple in the Taiwanese diet, and the market relies heavily on the U.S. to supply it with oils for cooking and soybean meal to meet the country’s pork and poultry production needs.

Among other activities, grower leaders and ag department representatives engaged with Taiwanese buyers, customers, and other key stakeholders at the following events: 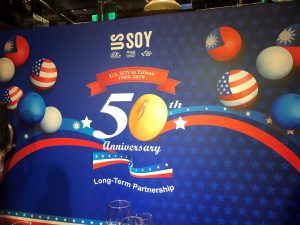 To learn more about how USSEC and the U.S. soy community works in collaboration with international buyers and customers to grow demand, visit ussec.org or ussoy.org.