The Impact of Partnerships on Soybean Demand

Anyone who has grown up on a farm knows just how crucial working together can be.

Seldom does a harvest season go by without an accident or illness on an operation, only to be met by other producers in the community pitching in until every last acre is combined.

That spirit of collaboration is every bit as important when it comes to developing new uses and markets for soybeans.

Partnering for the Greater Good

“Anytime that we can come up with a new product, the checkoff is going to try to find the ones that have promise and invest in those,” said Tim Ostrem, a farmer from Centerville who serves on the South Dakota Soybean Research and Promotion Council as Director for District 2.

Ostrem and his fellow council members helped spearhead a 2020 initiative in partnership with the City of Sioux Falls to begin applying a soy-based asphalt sealant to its roads.

Another new-use breakthrough took place the following year when South Dakota Soybean teamed up with the Sioux Falls community to add a soy-based concrete sealant to its road and bridge maintenance strategy.

Both products were developed through checkoff investments at the state and national levels, and they are now finding their way into broader applications within the state and beyond.

Their appeal to the City of Sioux Falls stems from cost effectiveness, performance and environmental benefits—not to mention the way they reinforce the relationship between the state’s ag sector and its largest urban area.

“The city and Mayor TenHaken have been very open to working with us and seeing how these products work,” said Ostrem. “And we like that relationship. We appreciate the openness to seeing new ideas from the ag community.”

By piloting the use of soy-based products in Sioux Falls, the South Dakota Soybean Research and Promotion Council is hopeful it can expand adoption far beyond those city limits.

In fact, Ostrem noted that other municipalities began inquiring about incorporating the soy-based asphalt sealant into their road maintenance plans shortly after it launched in Sioux Falls.

South Dakota Soybean Research and Promotion Council Chairman Jason Frerichs farms in the Wilmot area and represents District 8. He has also served in Pierre as both a state representative and a state senator. 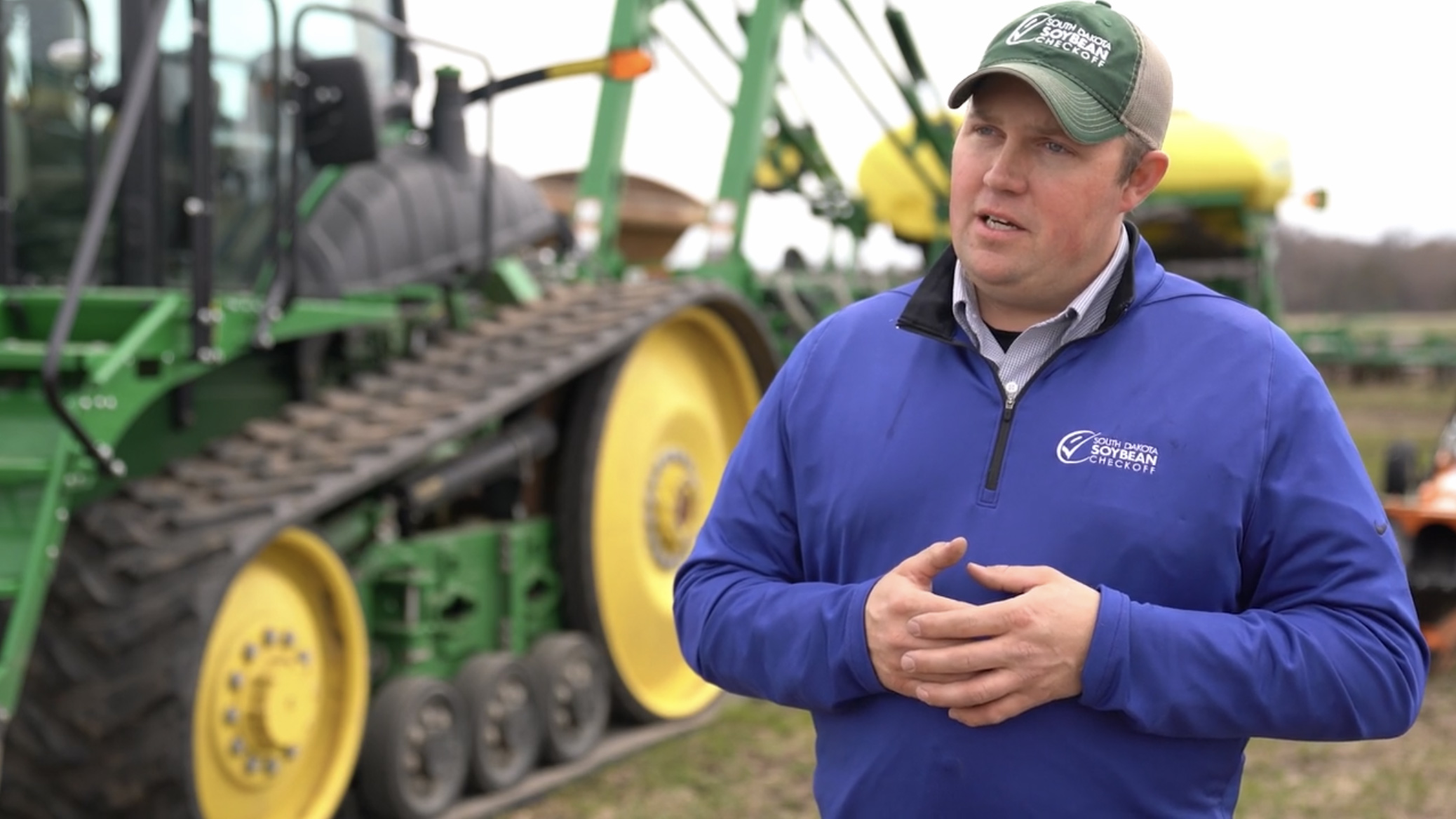 Frerichs has witnessed the impact of these partnerships, including a recent collaboration with Goodyear Tire to donate soy-based tires to the state’s law enforcement agencies.

“I think it’s just tremendous because we know that we can set ourselves apart,” said Frerichs. “That’s why we’re in this industry. We want to make sure that soybean farmers are able to be successful, make money and, obviously, be sustainable on the land.”

Frerichs is very optimistic about the forthcoming launch of the POET Bioproducts Institute in partnership with South Dakota State University and South Dakota School of Mines & Technology.

“The POET Bioproducts Institute will hopefully be the go-to place to make sure that new uses for soybean products are discovered and to partner with private industry to make sure that those products get out to consumers,” said Frerichs.

This sort of partnering for innovation benefits soybean farmers across the country, including right here in South Dakota.

“The more new uses we get, the better,” said Ostrem. “The more consistent demand is, the more stable our markets become so that we don’t have these huge highs and lows. That’s a win for everybody.”