U.S. biodiesel and renewable diesel producers are working to extend fuel supplies and provide price relief at the pump. The current price run-up in petroleum has resulted in a corresponding increase in the price of soybean oil, according to Donnell Rehagen, CEO of Clean Fuels Alliance America. “I think we’ve increasingly seen over the last five to eight years where soybean oil and vegetable oils are really tracking as energy products when you think about them from a commodity side,” said Rehagen, “so when crude oil prices go up, then typically you’re going to see the same happening on the veg-oil side.” 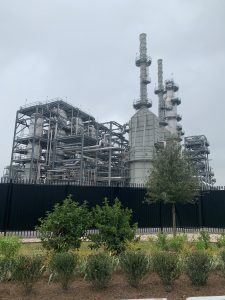 The biodiesel industry is investing billions to expand the production of biodiesel, renewable diesel, and sustainable aviation fuel to further extend consumer access to clean fuels, according to a news release from the Alliance. The release goes on to state that agriculture partners are investing more than $4 billion to expand the supply of renewable oils for both food and clean fuels.

“The demand that is there is very strong in the heavy-duty diesel sector,” said Rehagen, “and so I think it’s a benefit to our country, of course, that we have some choices and some additional fuels available, not just petroleum diesel, but in our case, biodiesel and renewable diesel.”

U.S. biodiesel and renewable diesel producers are supplying more than 3 billion gallons of cleaner, better fuel to the U.S. market, said the Alliance, adding that these fuels are essential to keeping food and other consumer items moving across the country and are keeping diesel prices from rising even higher. “We’re growing immensely, we expect that our industry will add billion, with a ‘B’, a billion gallons of new production in the next 12 months, and probably another billion gallons the 12 months after that,” said Rehagen. “So, we are certainly in a growth frame of mind when you think about our fuels and the carbon reduction that we bring. It’s certainly increasing the demand for our fuels, not just in California and along the West Coast, but increasingly in a lot of other states as well.”

Biodiesel meets more than five percent of the nation’s on-road heavy-duty fuels demand, a figure that is expected to increase. The industry, said Rehagen, is committed to grow biodiesel production from its current 3 billion gallons to 6 billion by 2030, and he’s depending on soybean growers to help get there.

“There’s really not a pathway to six billion gallons of biodiesel and renewable diesel production in the United States without significantly relying on soybean oil,” said Rehagen. “The other feedstocks that our industry utilizes – animal fats, used cooking oil, distillers corn oil from ethanol production – there’s some limits on how much of that is going to be available. We know and we believe that the growth in our industry is going to be tightly tied to the success of our soybean farmers in the country to bring more of our oils to the marketplace for our producers.”