“CAST is designed to accelerate production of high-demand fish species for the Cambodian market and develop a lasting aquaculture industry,” said Converse who serves on the WISHH Program Committee along with Scheier and soybean growers from 10 other states. “The five-year USDA-funded CAST project is a prime example of how WISHH leverages our South Dakota soybean checkoff investments to drive demand for U.S. soy.”

Scheier added, “WISHH’s goal is to connect trade and development. In Cambodia, fish is their Number One source of protein, and CAST is helping them start a sustainable aquaculture system with soy. You could tell how important this program is to Cambodia because their Minister of Agriculture and many media attended the launch ceremony.”

Cambodia’s Minister of Agriculture, Forestry and Fisheries Veng Sakhon and Chargé d’affaires of the US Embassy in Cambodia Michael Newbill presided at the launch ceremony. His Excellency Veng Sakhon described how the project will strengthen value chain linkages from hatcheries to producers, buyers, and distributors.

Newbill, who is the U.S. Embassy’s ranking representative in Cambodia, said, “The CAST project is unique because it uses an abundant resource—soy—and utilizes it as a feedstock for Cambodia’s growing aquaculture industry. This project means increased sales of U.S. soybeans to Cambodia. The result will be increased production of locally raised high-quality protein source that Cambodians will enjoy eating and greater ties between our two countries. 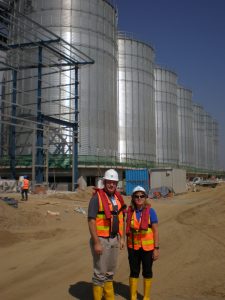 “The CAST project’s goal of increasing aquaculture production is in line with the Ministry’s policies and will improve Cambodian livelihoods,” Newbill said. “Importantly, it will also reduce pressure on wild capture, which currently accounts for about 76 percent of total fishery production.”

A key aspect of the project strengthens the local production of high-quality feed and fish. CAST makes it possible for Cambodia’s private sector and universities to work closely with U.S. soybean growers and businesses as well as academic and non-governmental organizations. 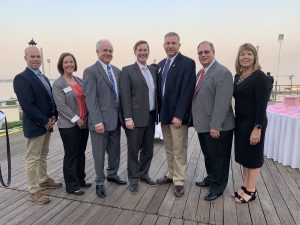 Converse and Scheier toured Cambodia’s Center of Excellence on Sustainable Agricultural Intensification and Nutrition of Royal University of Agriculture, a fish hatchery, animal feed store and more. Cambodia’s GDP has increased by more than 7 percent per year since 2011, growing the demand for animal and aquaculture-sourced protein. CAST’s anticipated local economic impact exceeds $300 million over the life of the project, and, Cambodia’s aquaculture industry demand for soybean protein is projected to reach 100,000 metric tons per year by 2030.

While in Southeast Asia, the WISHH trade team also traveled to Myanmar where WISHH is leading USDA and QSSB-funded activities to grow the soy food market, and the U.S. Soybean Export Council is active in the animal feed and aquaculture sectors. Both organizations meet on a regular basis to share information and to avoid program duplication.

ASA/WISHH connects trade and development. As a trailblazer for trade, WISHH grows markets for U.S. soy farmers, and at the same time, improves lives and economic opportunities in developing countries. WISHH works with international companies and organizations that purchase U.S. soy. These buyers invest thousands of their own dollars to research and promote soy-based foods and feed made with U.S. soy in emerging markets. Over the last five years, WISHH leveraged soybean farmer checkoff investments by a ratio of more than 6-1.