Trade has long been an important part of soybean farmer profitability in South Dakota. In fact, South Dakota is one of the top 10 soybean exporting states in the country, totaling $1.3 billion in soybean exports annually.

South Dakota’s ability to ship soybeans via rail to the Pacific Northwest positions the state’s soybean growers to supply a vast majority of their soybeans to China. Roughly one out of every four rows of South Dakota soybeans goes to China, creating an important conversation for soybean growers over the most recent trade discussions and impacts to their profitability. 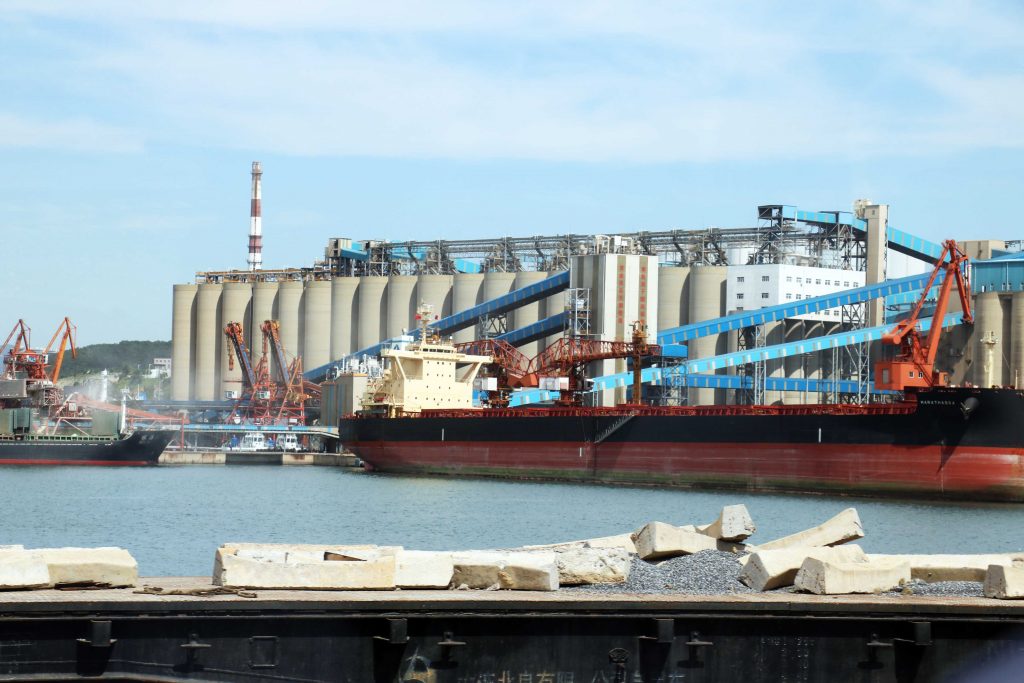 COFCO Port in China. Roughly one out of every four rows of South Dakota soybeans goes to China.

“Trade is huge in South Dakota and 70-80 percent of our soybeans leave the state,” says Jerry Schmitz, President of the South Dakota Soybean Association. “We send our soybeans directly by rail to Pacific Northwest because it saves everyone time for transportation and that results in saved cost for the customer. It’s easier and more efficient to ship by rail from South Dakota than to transport soybeans to the Mississippi River and then through the Panama Canal and finally to their final destination.”

According to a report from the World Agriculture Supply and Demand Estimates (WASDE), soybean futures prices dropped nearly $2.00 per bushel from May 10 to July 12. Many have speculated these changes are largely due to Chinese trade implications.

“Everything for price can’t be pinned on tariffs or trade, but China has been the spark plug that has started things shifting the way they have,” adds Schmitz. “For the average South Dakota farmer, each dollar the soybean price goes down, we lose $20,000. That loss is felt not only by farm families, but through the communities in which we live.”

In response to the WASDE report and a look at other commodities impacted via trade disruptions, the USDA announced a $12 billion aid package in late July in an effort to help farmers from a variety of commodities. Schmitz says soybean growers are thankful for the help.

“We appreciate the consideration the administration has made to offset some of the economic losses that farmers are sustaining right now,” adds Schmitz. “We’d much rather have income come from the market, but the market is being twisted and this helps us out right now.”

Schmitz goes on to talk about the specific details of the package.

“One leg of this package is direct payments. And these payments, especially for younger farm families, are a necessity. They are trying to navigate and survive a long-term economic downturn. We were already there and these trade discussions are extending the timeline.

“In addition to direct payments, the package also included market access, which is a high priority for us, that’s how we would rather see the equality brought back to the market. For our administration now, we’re asking that they do their best to work on agreements for access. We’d like to level the playing field in a positive fashion, not negatively through tariffs. Tariffs are a tax that gets passed down to both farmers and consumers.”

Finding a long-term solution to negotiations with China, along with NAFTA – especially Mexico, will be an important next step for soybean farmers’ futures. While China is the largest market for exported soy, Mexico also remains a key market – second nationally for exports. 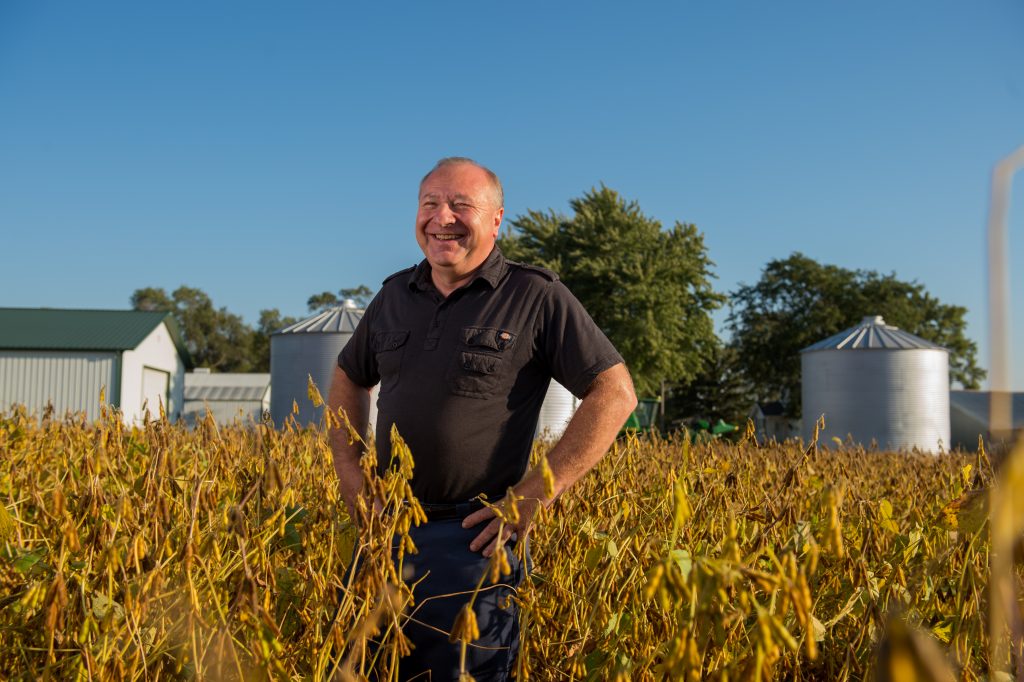 Jerry Schmitz, President of the South Dakota Soybean Association and farmer from Vermillion.

“These tariffs are like two cars on a highway at night playing chicken,” Schmitz explains. “Once everyone starts, you go faster and faster until eventually you reach a point where it’s too late to turn out. Farmers are in the passenger seat and we’re not buckled in. We’re the ones going through windshields if we don’t turn out.”

Schmitz hopes it doesn’t get that far. In an effort to mitigate impacts to farms throughout South Dakota, SDSA says that “turn” is expanding additional export markets and negotiating free trade agreements. SDSA notes that positive trade agreements should be a priority for the administration moving forward.