South Dakota soybean growers are encouraged to vote in the District 5 board of directors election for the South Dakota Soybean Research & Promotion Council (SDSRPC). The election is May 14-June 15, 2018.

“We are a farmer-led organization, so it’s important for South Dakota’s soybean growers to take the time to vote for the farmer they want to represent them,” said Matt Bainbridge, a farmer from Ethan and SDSRPC Chairman.

Meet the candidates
Soybean growers David Struck of Wolsey and James “JD” Wangsness of Miller are running for the single District 5 board seat. 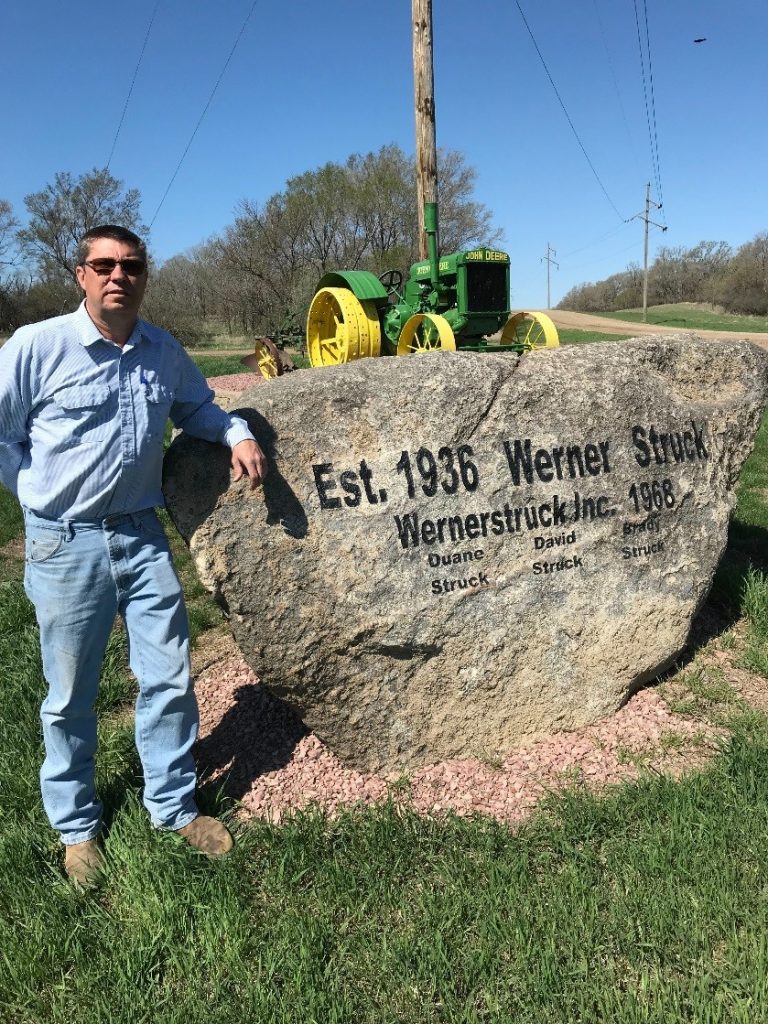 Soybean grower, David Struck of Wolsey is running for the single District 5 board seat.

David Struck is a fourth-generation soybean, corn and wheat grower who farms with his wife, Brenda, son Brady and dad, Duane.

Actively involved in the day-to-day activities of his family farm since childhood – he started running tractors when he was 10 – farming is the only career Struck ever considered.
Struck wants to serve on the SDSRPC board because, “it’s an opportunity to make a difference promoting South Dakota soybeans and the farmers who raise them.” 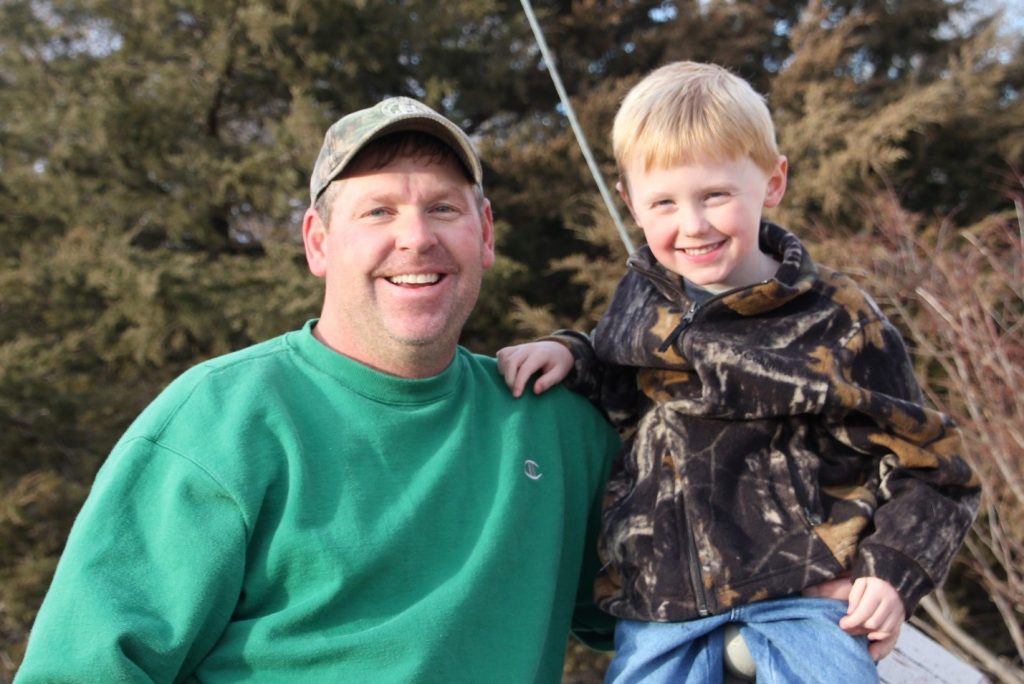 Soybean grower, JD Wangsness, of Miller (pictured here with son, Ben), is running for the single District 5 board seat.

James “JD” Wangsness is a fourth-generation soybean, corn, wheat, hay, alfalfa and cow/calf producer. After high school he went to college and worked off the farm. Wangsness returned to the family farm fulltime in 2000.

“I grew up in the 80s, so farming as a career was not encouraged. However, I always had a gut feeling that the farm is where I’d end up,” said Wangsness, who now farms with his wife, Melanie and son, Ben.

Wangsness wants to serve on the SDSRPC board because, “I know the Council is integral to conducting research that adds value to the soybeans raised by South Dakota’s soybean growers,” he said. “One of the biggest challenges agriculture in South Dakota faces is adding value to our commodities and bringing jobs to our communities to grow our state’s economy. Through research and promotion, SDSRPC plays an important role in helping our farmers and South Dakota’s agriculture industry as a whole accomplish this.”

Soybean growers may also call an FSA office located in District 5 and request that a packet be mailed to them.

Frequently Asked Questions
Who is eligible to vote? To be eligible to vote, a voter must be a participating soybean grower as defined in SDCL 38-29-1(4). SDCL 38-29-1(4) defines “participating grower” as a grower who owns or operates an agricultural producing or growing facility for soybeans and shares in the profits and risks of loss from such operation, and who produces soybeans in South Dakota during the current or preceding marketing year. For more details, or to request a copy of SDCL 38-29-1(4), contact the SDSRPC office at 605-330-9942.

Can an individual who grows soybeans in one county, request an election packet to be mailed or picked up at another county FSA office? Yes, a participating grower may request a packet from any FSA county office in District 5 (see list of FSA offices above.)

If soybean growers have any questions on the voting process, contact the SDSRPC office at 605-330-9942.