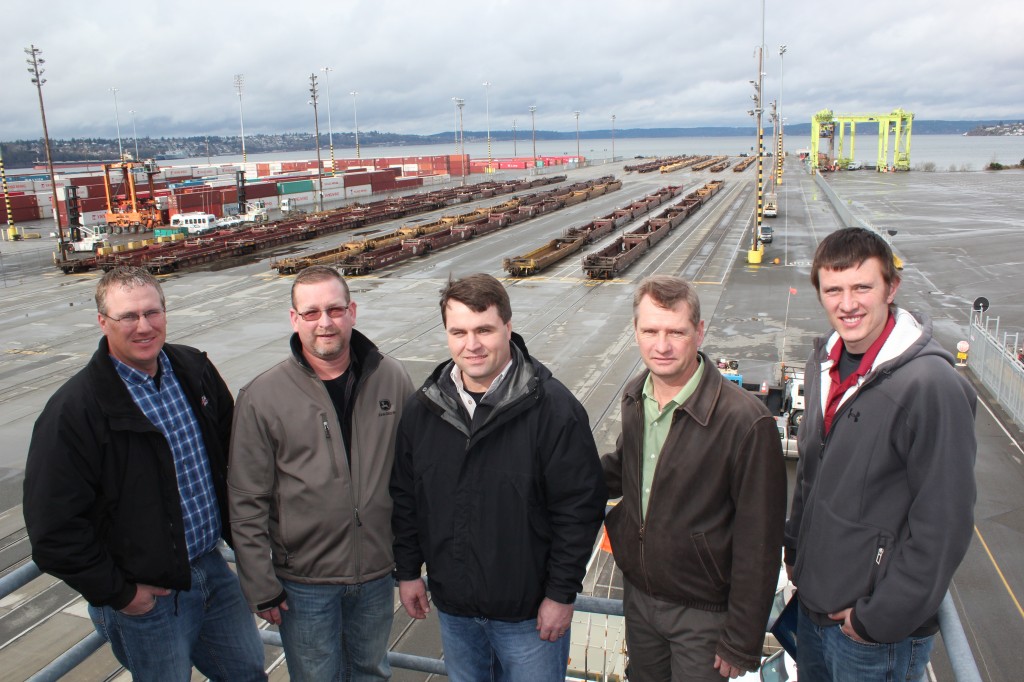 Six South Dakota farmers teamed up with 17 Nebraska farmers this week to attend a See For Yourself International Marketing mission out to Grays Harbor, Washington. After a long day of traveling the group got down to business and started learning exports.

The mission kicked off with an afternoon in Tacoma, visiting the Port of Tacoma and the TEMCO facility. The port is the fastest loading and discharge yard in the country, which the group witnessed first-hand as containers were transported across the yard. The port contains 100 miles of rail and shipped out 1.5 million barrels last year. The group learned quickly how important their products are, not only for other countries, but for maintaining business in the U.S. As noted by our port tour guide, “Washington is one of the sole states that does not have a deficit. There are three main reasons for that and one of them is the ag business.”
From the rail yard, the group headed over to MacMillan Piper, the largest Container Freight Station in the Pacific Northwest. Gary Geiser, vice president of marketing, took us over to the transloading facility where we witnessed soybean flakes being transported from hopper car to container. Most of this will go to Japan for baby formula.
From there, we headed to TEMCO (Tacoma Export Marketing Company), which is a joint venture between Cargill and CHS. The only products that ship through their facility are corn (25%) and soybeans (75%). They fill ten ships a month, at about 220-230 million bushels per year. The facility is capable of loading 2,000 metric tons per hour and unloading 1,800 metric tons per hour, which makes it a quick in and out operation.
While ships are loaded with corn or beans, samples are taken every 15 seconds in order to ensure a high-quality product. The facility just recently installed “the roof” which allows for loading during rain and supports more productivity in a city where rain is common. The Port of Tacoma is growing in popularity as filling here saves ships between two and three days of fuel compared to leaving out of New Orleans.
Terry Johnson, TEMCO plant manager, took the group into the control room to see where all the loading and ship coordination takes place. While we were at the facility, a ship that was half full of corn was preparing to be filled.
Throughout the day the group saw rail cars, transloading, shipment containers, vessels and various operation systems which enable their soybean products to be exported to other countries, mostly China.