See for Yourself Group Wraps Up Experience

The South Dakota See for Yourself group started the final day in Washington State with a visit to the BNSF Railway at the Seattle International Gateway Intermodal Facility. The Seattle International Gateway Intermodal Facility is a major hub for transportation of not only agriculture products but also coal and many consumer goods from companies like Walmart, Target, and Amazon.

BNSF will spend $3.4 million this year on capital expenditures for replacement capital, expansion and Positive Train Control (PTC). PTC is a GPS system which assures BNSF their trains are operating safely. 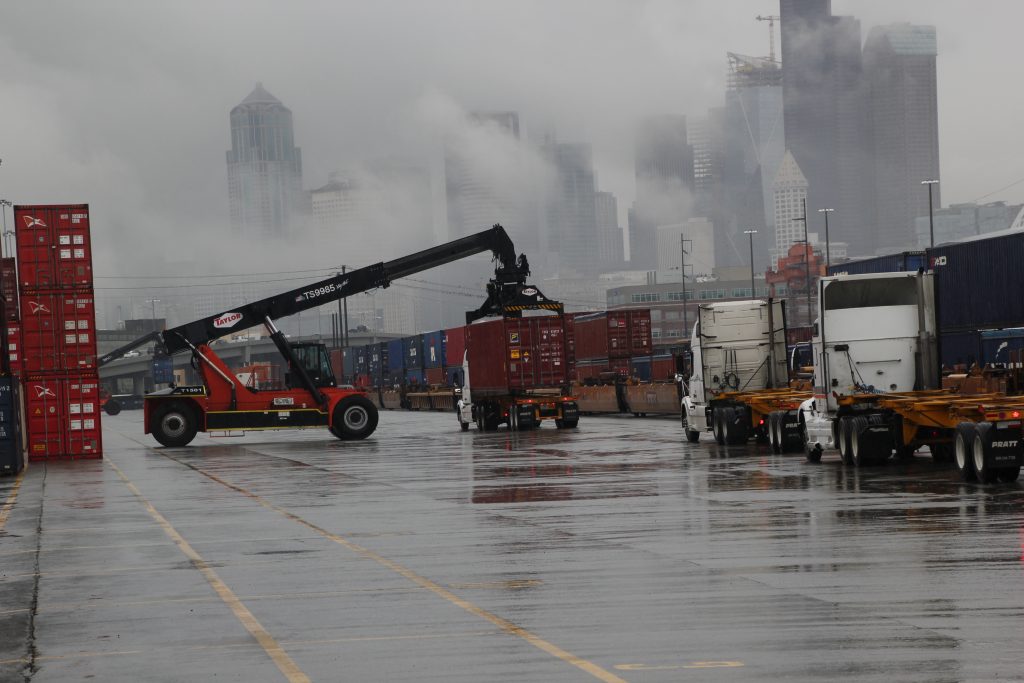 Last year’s bumper crop lead to a record year in the hauling of agriculture products. BNSF annually transports around one million carloads of agricultural commodities, a third of which are exported from the PNW, Gulf of Mexico and the Great Lakes

Winter weather events in Montana, South Dakota and North Dakota lead to challenges and the shutdown of parts of rail lines for four days. These shutdowns caused delays and lead to the implementation of BNSF’s winter action plan to reposition resources.

Following the BNSF visit, the group traveled to the National Oceanic Atmospheric Administration (NOAA). NOAA’s National Marine Fisheries Service is the lead federal agency responsible for the stewardship of the nation’s offshore living marine resources and their habitat. This arm of the organization conducts research on developing alternative feeds for aquaculture farm uses.

Soybean meal, with its relatively high protein content and complementary blend of amino acids, traditionally has been evaluated compared to fish meal, which is generally considered the most nutritious protein feedstuff for aquatic animals. Due to the considerable expense of fish meals and concern regarding their limited availability as aquaculture continues to expand, evaluation of appropriate substitutes for fish meal has been a longstanding research priority at NOAA. 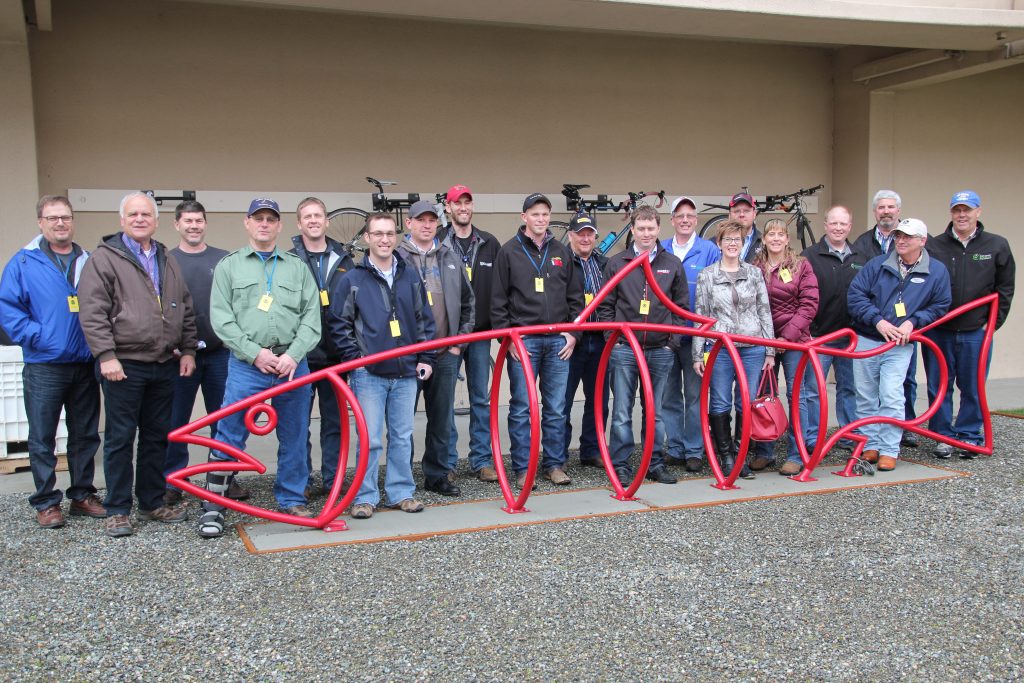 “I found it particularly interesting how NOAA is focusing on high oleic soybeans to increase the Omega 3s in fish meat. Some of the public views GMOs as a negative thing, however this technology has the ability to better their diet,” stated Valley Springs farmer, Jordan Scott. “The ability to utilize soybean meal in fish diets has not only lead to an affordable option to feed fish but also an opportunity to enhance the human diet as well.” 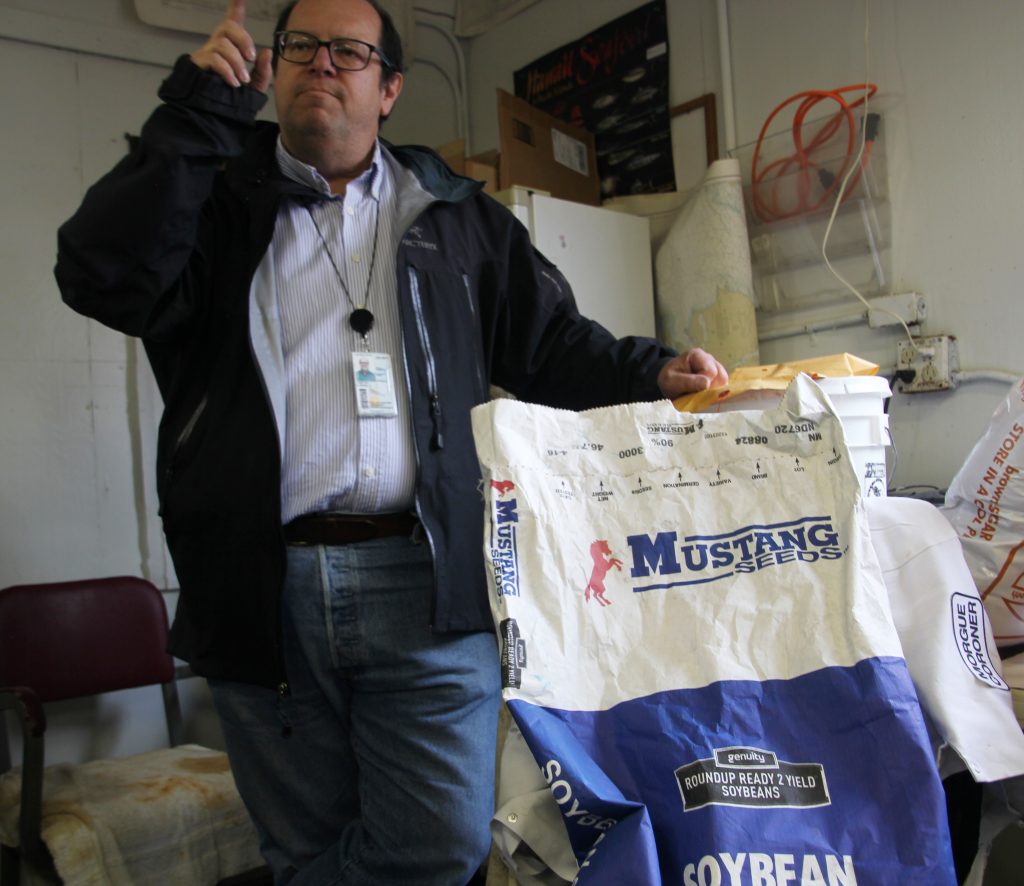 NOAA representative pictured with South Dakota based company Mustang Seeds bag. NOAA has been experimenting with northern raised soybeans because of their higher levels of essential amino acids.

The group started their journey back to South Dakota ready to share their “See for Yourself” experience with neighbors, family, and friends.