See For Yourself 2015: CHS Myrtle Grove

The last day of the South Dakota Soybean See For Yourself tour consisted of just one stop, but it may have been the most impactful of the whole trip. The group traveled about an hour outside of downtown New Orleans to Belle Chasse, La., to visit the CHS Myrtle Grove terminal. 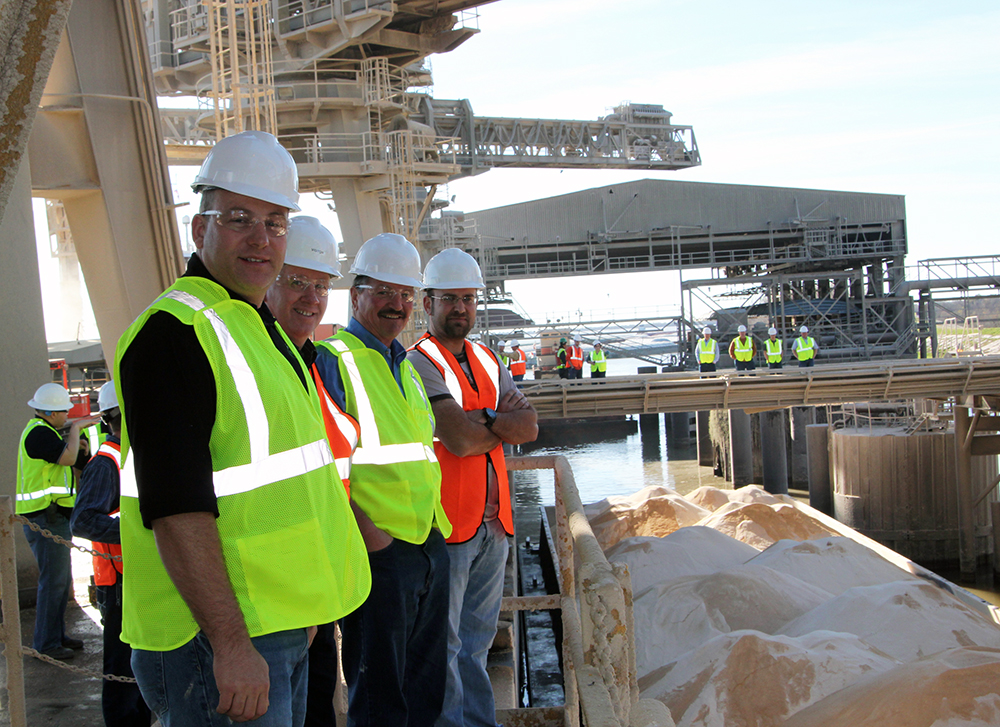 Craig Converse, Dave Daniel, Mark Karst and Derrick Scott watch as a barge of soybean meal gets loaded onto a ship heading to Costa Rica.

The terminal, which operates 24/7, receives grain and byproducts by barge and rail and has a storage capacity of 6.5 million bushels.

During the tour, the group had a chance to see soybean meal being unloaded from a barge. Grain flow through the Myrtle Grove elevator begins at the barge unloading facility. Barges are brought down from the fleet, the covers are lifted off and the barge is positioned under the unloader. Grain is lifted via the continuous barge unloading leg to a conveyor that runs from there to the scales. 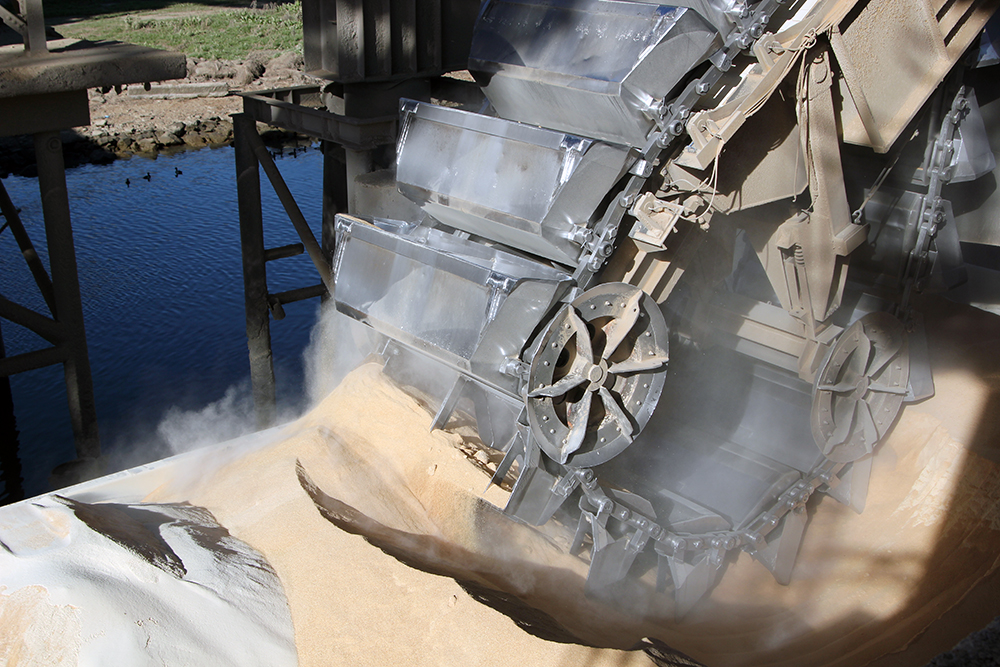 Soybean meal is transported from the barge and loaded onto a ship.

Although the machinery and barges are impressive sights to see, a lot of the work at the facility happens behind the scenes. The group toured the grader’s office, where they make sure products are up to USDA standards, the control room, the scale system and cameras that keep an eye on everything happening around the terminal.

From starting near the beginning of the Mississippi River to ending near the Gulf of Mexico, the 2015 South Dakota Soybean See For Yourself group truly experienced the full journey soybeans take. The group now has a better understanding of the many uses soybeans have and who their end users are.