See For Yourself 2014: Port of Grays Harbor

With support from the South Dakota Soybean Research & Promotion Council, fifteen soybean growers from South Dakota are seeing firsthand how their checkoff works for them.

Because over 60% of South Dakota’s soybeans are exported overseas, the group traveled to Washington State to tour port facilities and learn more about the importance of international markets to the soybean industry.

The group’s first stop on Tuesday was the Port of Grays Harbor, or the gateway to China.

With the Ag Processing, Inc. (AGP) terminal, the Port of Grays Harbor leads the U.S. in exports of American soybean meal. Over 1.4 million metric tons of soybeans travel through the port on a yearly basis. The Grays Harbor port is also a leader in timber and car exports. 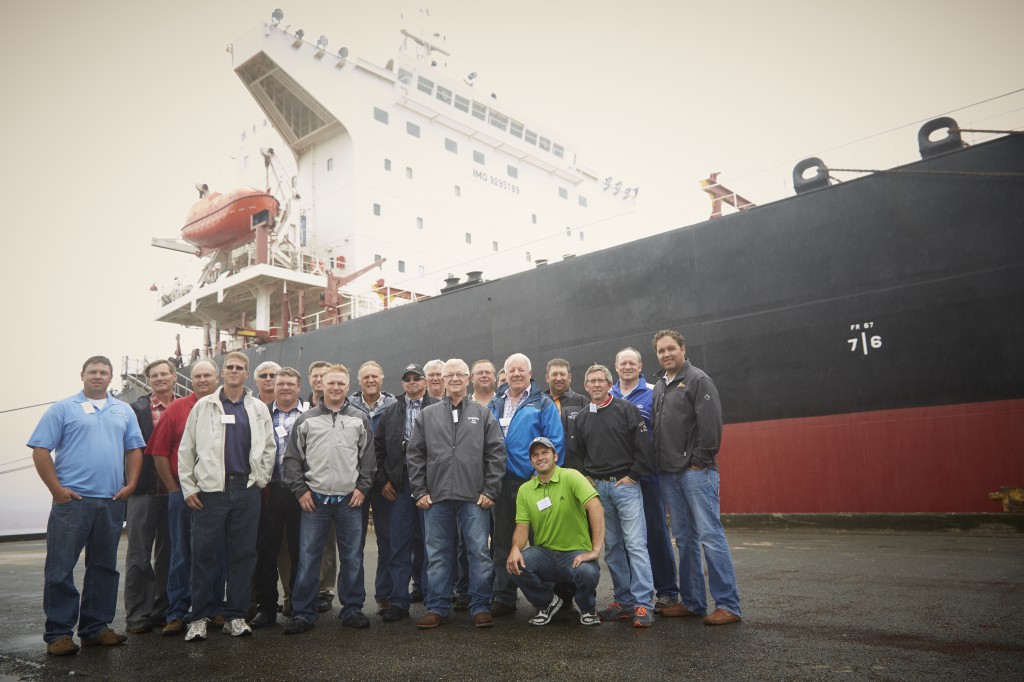 Doyle Renass a soybean farmer from Nunda was surprised by the diversity of Grays Harbor. “They are exporting not only grains, but logs and automobiles as well. It was impressive to see how many different groups and organizations are working together to keep the port running efficiently.”

Growers on the trip saw the importance of the port and its impact on South Dakota soybeans.

“I didn’t realize AGP was processing all their beans before sending them through the port. The value added to our beans because of the export market and the port is a benefit to South Dakota soybean farmers and our market,” said Jeff Thompson a Colton soybean farmer.

Farmer-owned cooperative AGP can ship over 41,000 tons of soybean meal on one panamax ship. That is equivalent to 1.5 million bushels. 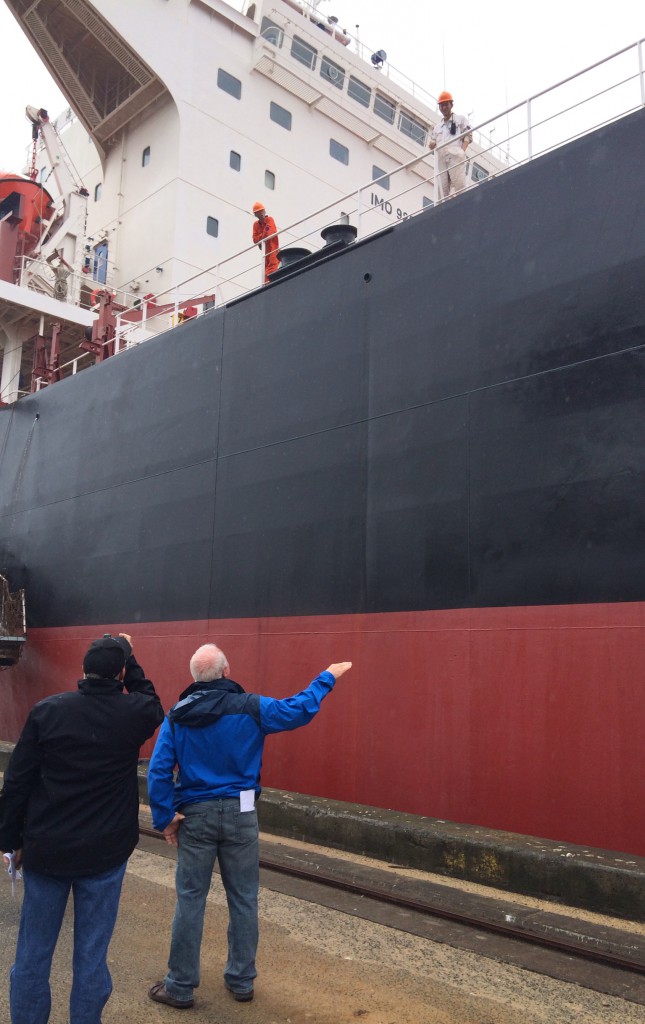 South Dakota SFY participants had the opportunity to talk to Chinese crew members hauling product back to China. Crew members will stay on the ship while in port for approximately eight days while the ship is loaded.. Once loaded it takes nearly 18 days on the ocean to transport US soybeans to China.

The group also visited Imperium Renewables, Inc. (IRI) at the Port of Grays Harbor. Imperium is currently the nation’s largest running BQ-9000 certified biodiesel refinery. The Imperium facility is capable of producing up to 100 million gallons of biodiesel per year. There are eight 2 million gallon tanks on the property with capacity to store 18 million gallons of raw and finished product. The biggest challenge Imperium faces is distance from feedstock raised in the Midwest and shipping it to the port. 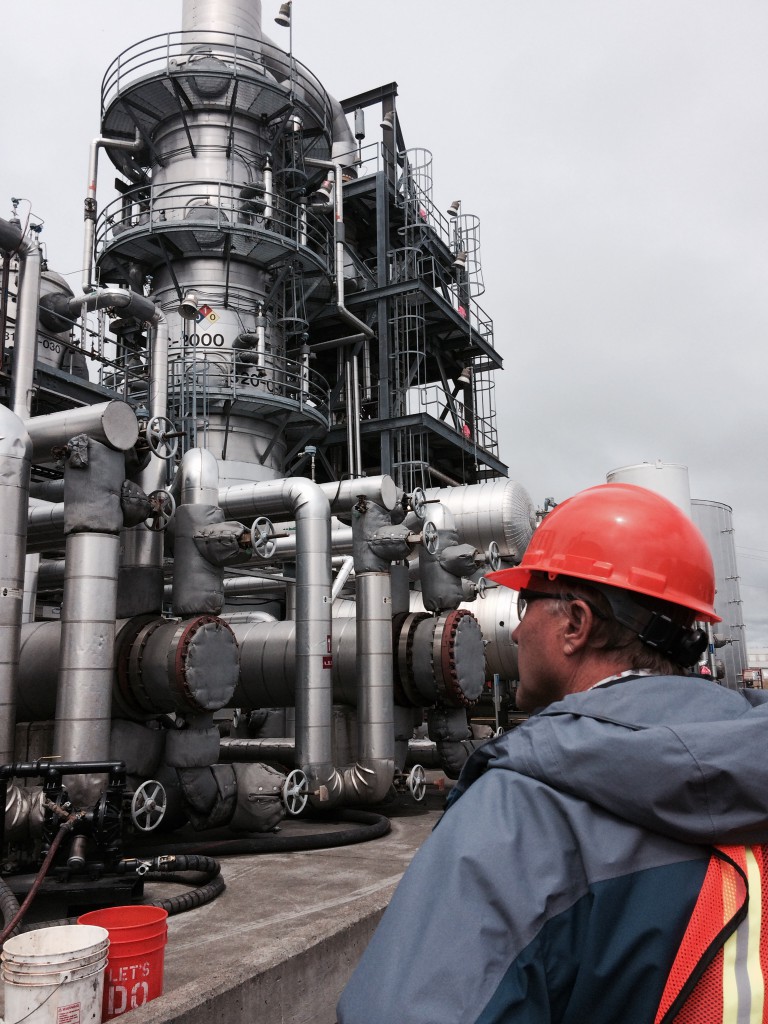 Dick Werner, Huron farmer takes in the sites as Imperium staff explains how biodiesel is processed.

The group will wrap up tours of the Pacific Northwest ports Thursday and travel back to South Dakota.