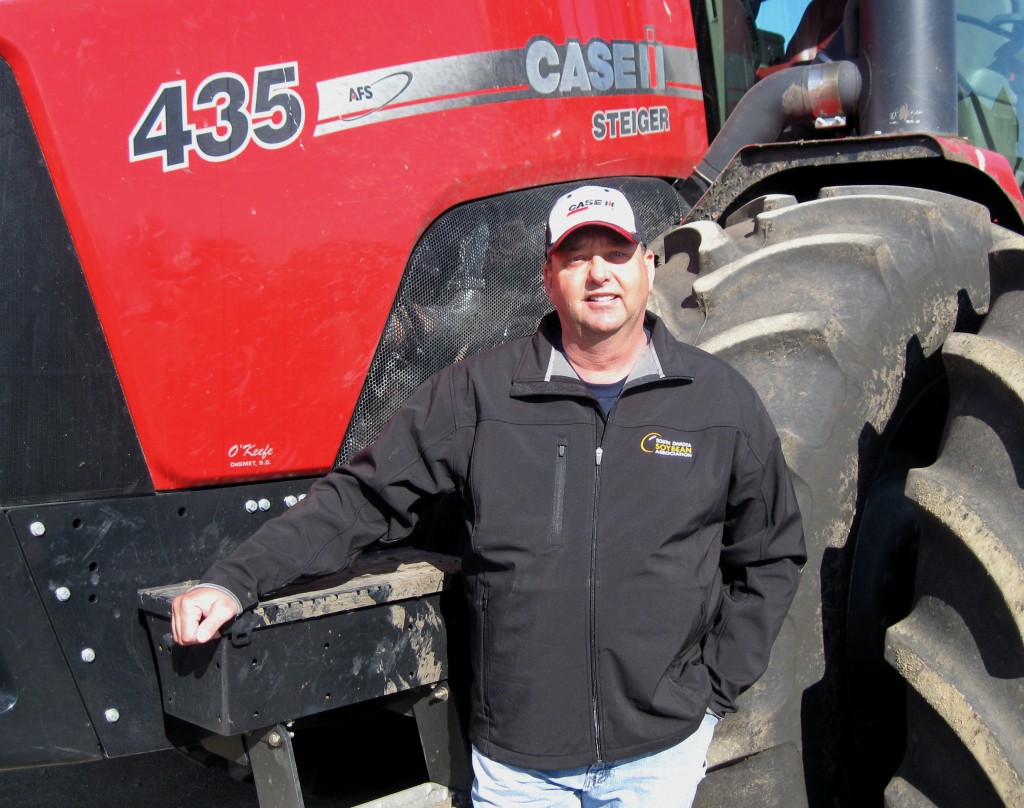 Paul Casper, a soybean farmer from Lake Preston, S.D., and president of the South Dakota Soybean Association (SDSA), went before a Senate Finance Subcommittee on Wednesday to highlight the importance of the Asia-Pacific Region to U.S. Soybean Industry.

Testifying before the International Trade, Customs, and Global Competitiveness Subcommittee, Casper stressed the importance of a strong and expanding relationship with trading partners in the Asia-Pacific region, and advocated for the aggressive pursuit of market-opening initiatives within the area.

Representing SDSA, and the American Soybean Association (ASA), Casper cited the staggering growth and potential of the Asia-Pacific region, which represents close to 60 percent of world GDP, nearly 50 percent of world trade, and is home to more than 2.7 billion people, as a major factor in expanded export opportunities for U.S. soybean producers.

“The rapidly growing markets in the Asia Pacific region, led by China, are key drivers of U.S. soybean demand. In fact, six of the top ten foreign markets for U.S. soybeans are in the Asia Pacific region. We strongly encourage the U.S. Government to aggressively pursue market-opening initiatives throughout the Asia-Pacific region, and we strongly support the inclusion of Japan in the Trans Pacific Partnership negotiations,” stated Casper in his testimony.

Casper hailed the recently-implemented free trade agreement between the U.S. and South Korea as evidence of how expanding trade with Asia-Pacific partners benefits American producers. “Nearly two-thirds of U.S. agricultural exports to Korea are now duty-free, including U.S. soybeans for crushing and U.S. soybean meal,” he stated. “Implementation of the agreement will also trigger the gradual elimination of tariffs on refined soybean oil over five years, and the elimination of tariffs on crude soybean oil over 10 years.”

The potential inclusion of Japan in the Trans-Pacific Partnership (TPP) free trade agreement was also a critical topic in Wednesday’s testimony, as Casper reiterated the industry’s support for Japan’s entry into TPP, and encouraged the subcommittee to recognize the potential impact of the inclusion. “Soybean farmers strongly support Japan joining the negotiations,” Casper stated, pointing to increased export opportunities for U.S. dairy, pork, beef and poultry products, which require soybean meal as feed.

Casper also called on the subcommittee to echo the industry’s support for a pilot program to speed the process of approving new biotechnology traits in China. “China is the only major importing country that requires registration or deregulation of a biotech trait to be completed in an exporting country prior to even applying for import approval,” he stated. “This requirement delays commercialization of new traits in the U.S. for as much as two years after U.S. regulatory approvals are obtained.”

Finally, Casper praised the progress made possible in the Asia-Pacific region by the Foreign Market Development (FMD Cooperator) Program and the Market Access Program (MAP), authorized in the 2008 Farm Bill. “By any measure, the FMD Cooperator and MAP Programs have been tremendously successful and extremely cost-effective in helping expand U.S. exports of soybeans and other agricultural commodities,” he stated. Casper also noted soybean farmers themselves are making substantial investments in international market development through the soybean checkoff; investments that are implemented by the U.S. Soybean Export Council (USSEC). These farmer checkoff investments more than match any investments made under the FMD and MAP programs.