It is a fact that South Dakota has a shorter soybean growing season compared to our midwestern neighbors. It is also a fact that South Dakota has one of the shortest, and earliest legislative sessions in the country. While there may not be a correlation between the soybean growing season and the number of days we meet in Pierre codified anywhere in our laws, I have to think it is based on the notion that we get like to get a lot of work done in a short amount of time.

So to what will we be paying attention when our citizen legislators make the yearly pilgrimage to Pierre this coming January? The first topic on everyone’s mind is how the infrastructure bill will impact the ag community, and how it will be directly implemented in South Dakota. This 1.75 trillion-dollar act, while slender on direct farm aid, is aiming to revitalize rural communities by improving the agricultural transportation network, improve the national water infrastructure, and expand broadband connectivity and affordability in under-served localities.

The elephant in the room is how much does South Dakota get, and how will it be spent? That will be the major question this session, and we want to help supply those answers. While South Dakota will receive less money overall than most other states, we will actually receive one of the highest percentages of money per resident. South Dakota is set to get approximately $2.8 billion total, with it being broken down as follows: $1.9 billion for highways, $225 million on bridges, $124 million on public transportation, $335 million on water infrastructure, and $242.3 million on other projects. This comes out to approximately $3.2k per resident. Again, our primary concern for the 2022 session is having a seat at the table during these spending discussions.

Outside of the Build Back Better Act, we have some home-grown issues on which to keep a weather eye. It is likely that someone will continue to bring pesticide and/or herbicide legislation relating to licensure, application, and effects on organic farming practices. There is also a discussion occurring at the Agricultural Land Assessment Taskforce regarding an “actual use” assessment on ag land as opposed to the currently used productivity value for taxation purposes. It is unlikely that the task force will recommend any specific changes to this format, but there could be some individual legislators that bring a bill to change assessment classification.

The primary objective we face each year is not only promoting our industry at each possible opportunity but making sure that policy discussions do not travel down dangerous paths. It is often the case that the success of a session is measured by how many bad bills are stopped as opposed to how many good bills are supported.

By Jeromy Pankratz, Lobbying for the South Dakota Soybean Association 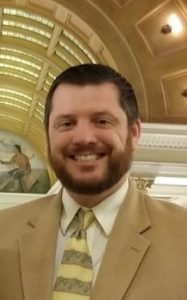 Jeromy joined Pankratz+Associates after spending 15 years in both public and private practice. After law school, Jeromy served as a judicial clerk for the First Circuit in South Dakota. As a private attorney, Jeromy started as a general practitioner with extensive experience in both trial and negotiations work and expanded into lobbying and public relations. During his time in private practice, Jeromy was the elected States Attorney for Hamlin County. Jeromy also worked in Attorney General Marty Jackley’s office, serving as the primary lobbyist for the office for 6 years. Jeromy now offers legal advice through Pankratz Law.