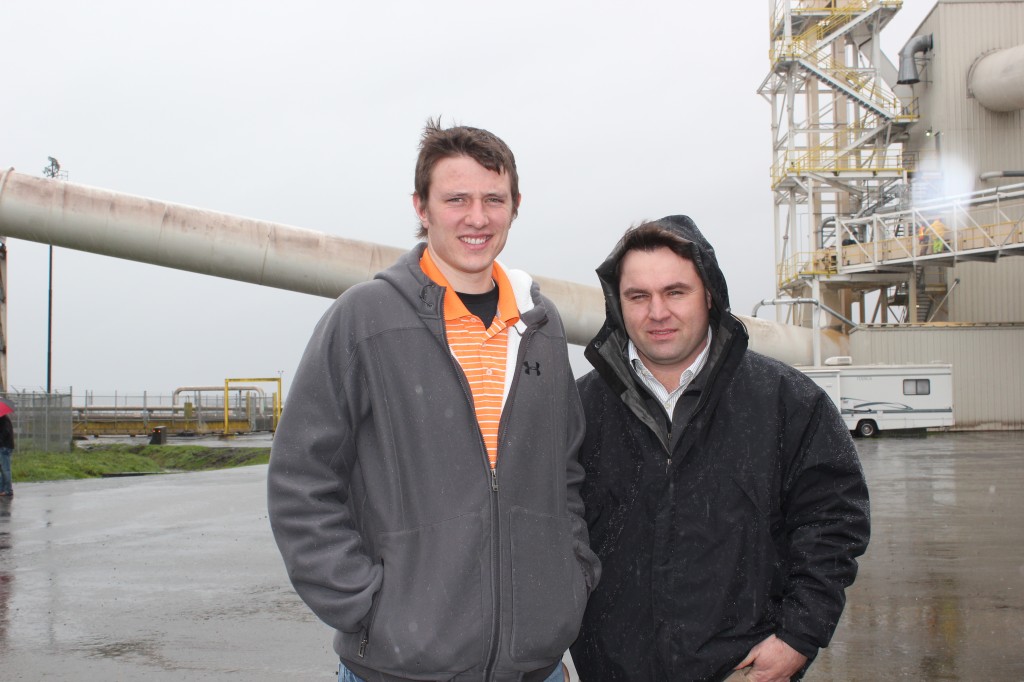 It was cold and rainy in Washington this week, but that didn’t stop the See For Yourself group from venturing out to the Port of Grays Harbor (PGH).

The Port of Grays Harbor leads the U.S. in exports of American grown soybean meal and is the number one seafood landing point in Washington state. While forest products remain an important piece of Grays Harbor cargo mix, the Port has substantially diversified the products shipped through this Pacific Northwest gateway to include automobiles, biodiesel and other liquid and dry bulk products. Just recently, the Port installed a second rail loop which consists of 37,000 feet of new railway and 20 turnouts to accommodate the vastly growing AGP facility. The $15.5 million investment is the single largest investment PGH has ever made. The Port has enough room to hold 500 railcars on site.
After a bus tour through the loading yards, the group was joined by several staff from Imperium Renewables to talk biodiesel. The Imperium Grays Harbor facility, completed in 2007, is currently the second largest biodiesel facility in the U.S., in terms of production. Imperium Renewables produces pure, unblended B100 biodiesel refined from a variety of oils; canola, soy and many others. The facility has a storage capacity of 18 million gallons for raw and finished product, with a production capacity of 100 million gallons per year. The facility is unique in that it is a tri-modal facility meaning they can export product in three different ways; rail, truck and waterways.
After a brief overview of the facility and company, the group was outfitted with hard hats, safety vests and goggles to head out on a tour of the holding facilities, production process and 70,000 linear feet of piping throughout the facility. Participants were amazed at the size of the facility and the capacity of biodiesel that is made and shipped out daily. The facility sits on 12.86 acres and consists of over 1 million pounds of structural steel that supports and secures the vast network of buildings and containers.
Currently a majority of their biodiesel production is being shipped to Canada, but domestic markets are growing in demand and are becoming more popular.the biodiesel industry has seen it’s ups and downs, but the facility is seeing demand slowly and consistently increasing.
Participants then moved onto another tour of the AGP facility which houses 4 shipping silos and multiple storage silos. The facilities handling capacity is 60,000 bushels per hour. We headed out into the rain where participants were able to get a view from above, of a ship being loaded with soybean meal. Those panamac ships look large from the land, but when you are standing right next to it, the sheer size of the ship is phenomenal. We then headed for a tour under the silos to see how the structuring is put together and how the process of loading meal works.
Through the visit to Port of Grays Harbor we were able to see and understand three different forms of exporting goods; rail, water and truck. Agricultural exports are vital for the port and keep things constantly running. The amount of coordination and time it takes to get a vessel filled and ready to export is unbelievable and facilities are working 24/7 just to keep up with the demand. 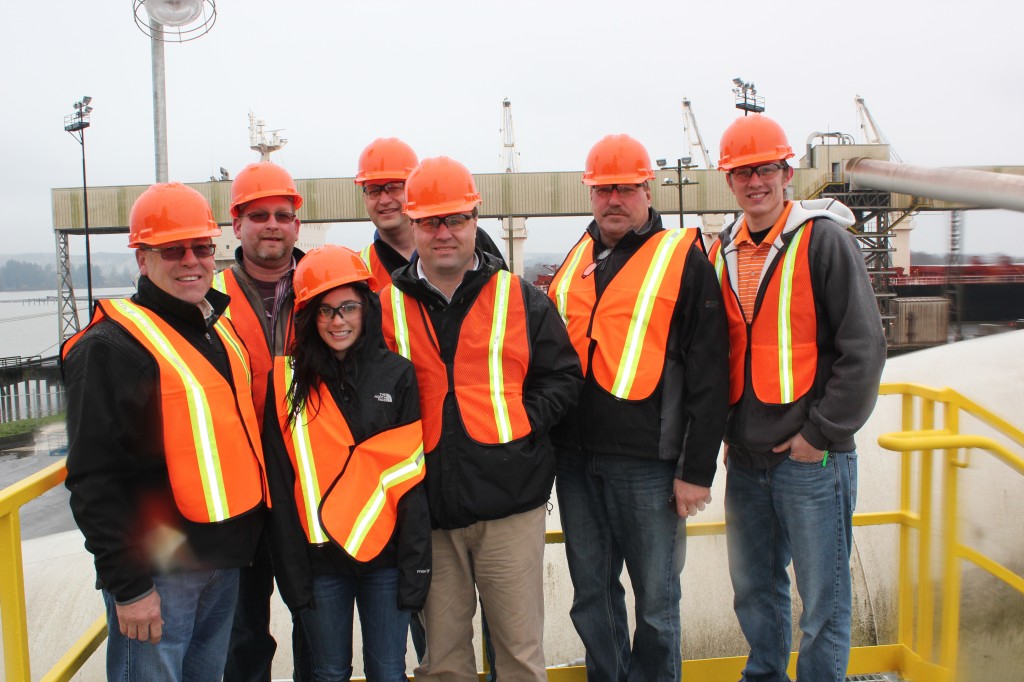 Participants from the SD and Nebraska groups learned how AGP transports soybean meal from their trains to the ship. You can see the augers in the background of this photo loading the ship.