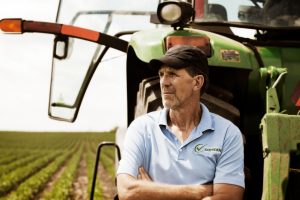 “We had the opportunity in Guatemala to see firsthand how U.S. soybeans were being processed in small manufacturing devices, commonly referred to as a soy cow,” recalled Iverson, “and that soy cow turned U.S. soybeans into soy milk. An off-product of that was [the remaining soybean pulp] okara, and both of those were used to meet the extreme malnutrition that was seen in Guatemala.”

Iverson saw the physiological effects of profound poverty and malnutrition, especially on young children in rural Guatemala, where he says soy cows were placed. 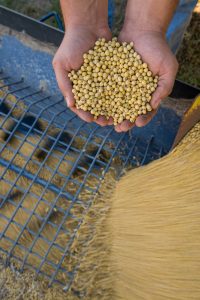 “Specifically, they were targeting children under five-years-of-age, then also women that were pregnant, and lactating women to be able to increase their protein uptake in their daily diet,” said Iverson.
It was difficult to see the effects of malnutrition on young Guatemalan children, “but in spite of that,” said Iverson, “a couple things I remember: It was the playful spirit of the kids. I’m just drawn to kids myself, to get to play with them, to see their laughs and giggles. It was just very rewarding for me to be there, to interact, to see how soybeans grown in the U.S., how that could play a huge part in reaching [and addressing] the malnutrition that they have in Guatemala.”

Iverson cites figures indicating that Latin American and Caribbean food insecurity is at 25 percent. It’s a goal, with the help of organizations such as WISHH, said Iverson, that in the next ten years, that figure will be shaved to 12 percent.

“To know that U.S. soy can play a part in that, to help create a food source and a better protein to be able to be included in their diet,” said Iverson, “it just brings me a lot of pride and a lot of satisfaction to know that the beans that I grow can be used to help address malnutrition.”