Sample for SCN this Fall

As the 2013 soybean growing season draws to the close, now would be a great time to sample for SCN. SCN sampling serves two purposes: First, to determine if SCN is present in the soil and second, to determine if the SCN population has increased or decreased for the fields already known to have SCN. That’s why we encourage soil sampling for SCN irrespective of the status of the field.

Knowing the current status of SCN is important in order to deploy SCN management strategies (such as resistant cultivars, cultivar rotation, and crop rotation) and keep the SCN numbers low. Soil testing for SCN is free of charge for South Dakota growers, the cost is covered by the South Dakota Soybean Research and Promotion Council.

Soil samples should be mailed or dropped at: 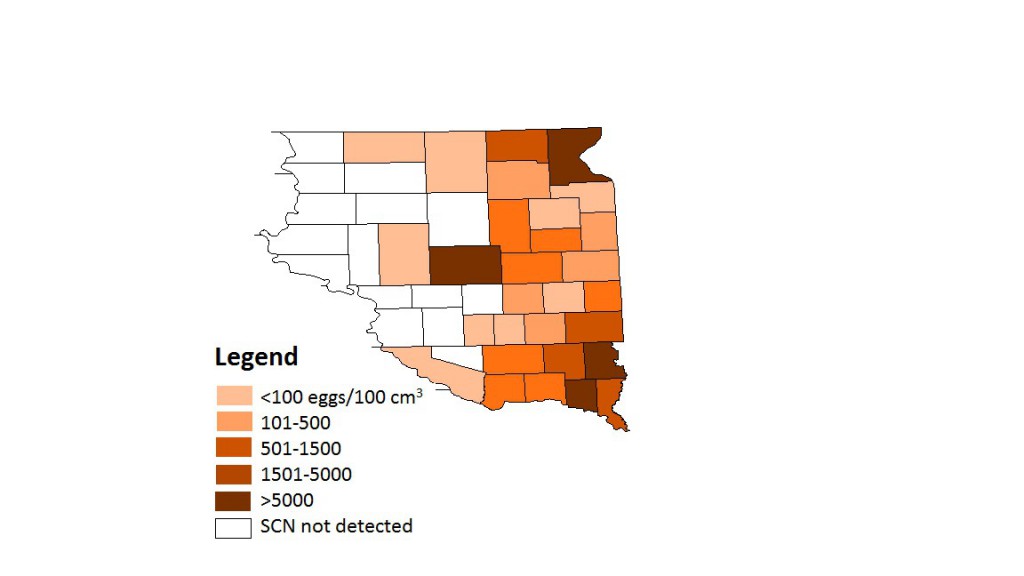 Find details on distribution of SCN in SD and how to sample for SCN here.

You can learn more about SCN Sampling in the following video. Also, a series of videos on SCN biology, sampling, and management can be found here.