Romania: A Country of Growth and Opportunity

Because of the land redistribution after the fall of communism, you see a lot of small strips of land that are farmed by both small and large farmers.

In our final blog feature from the South Dakota Soybean Research & Promotion Council’s European trade and education mission, we are sharing about the group’s program in Romania. Romania was not only one of the most interesting visits, but also one with a promising potential for growth in soy markets. This potential has a lot to do with the country’s relatively recent adoption of democracy and growth of capitalism over the last 25 years. In 1989, Romanians overthrew their communist dictator. In 1990, the country adopted a democratic government, and was able to join the European Union (EU) in 2007.

Status of Agriculture in Romania

There is a trend for complete vertical integration in the feed and livestock sectors. We learned that the growth potential of the feed industry is strongly supported by new foreign and local investments. Fourteen brand new feed mills have opened since 2012 or will be opening in Romania within the next 12 months. Thanks to the new investments, the total growth in production capacity will be about 25% in volume, which is expected to bring positive changes for both the feed and livestock industries.

Despite this growth in the livestock and feed sectors, Romania is currently only producing about 10% of their soy needs. Before they joined the European Union in 2007, they were growing 400,000 tons of soy. Because of EU restrictions against biotechnology, they are now only growing about 146,000 tons. As the pork, poultry and aquaculture sectors continue to grow, there will be a greater need for a high quality protein source rich in Essential Amino Acids that U.S. soybean farmers are ready to provide.

While in Romania, SDSRPC farmer leaders were able to meet with a large, vertically integrated operation, Combial Urziceni. Combial Urziceni is owned by a lady named Eda Kizilcelk who spent the day with our group. When Romania was in the very early stages of capitalism, her father started an alcohol factory. The company expanded into agriculture 1999.

Combial Urziceni now grows crops, runs a feed mill, raises poultry, as well as operates slaughter and processing facilities for their meat products. The photos below feature highlights from the meetings. 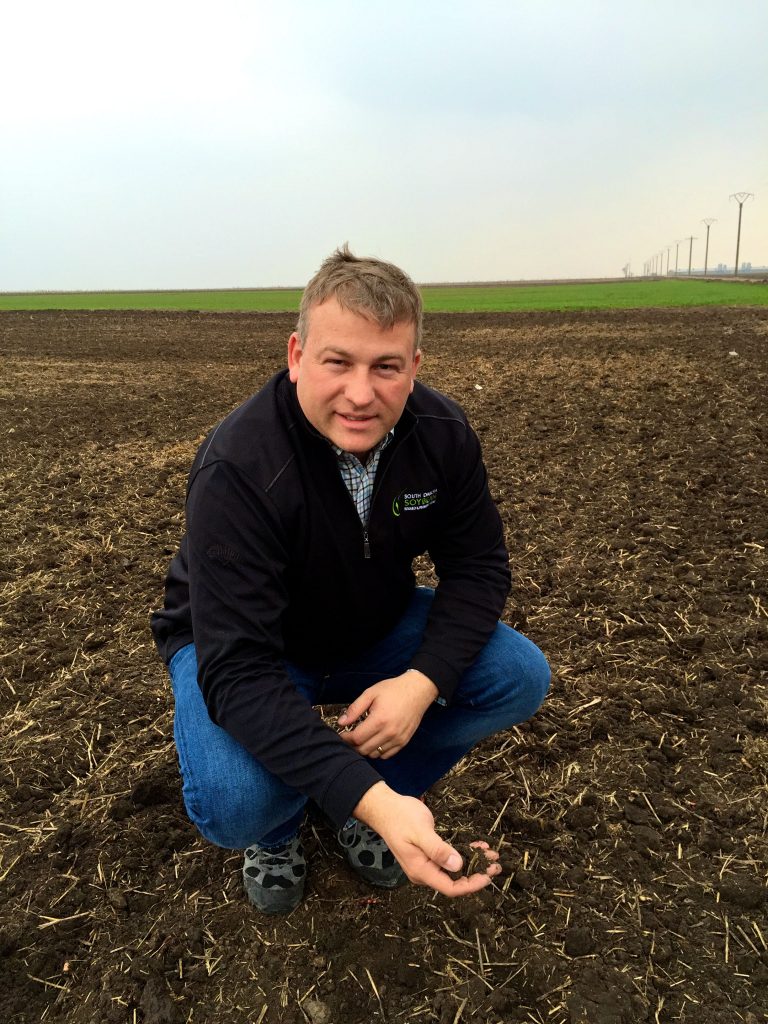 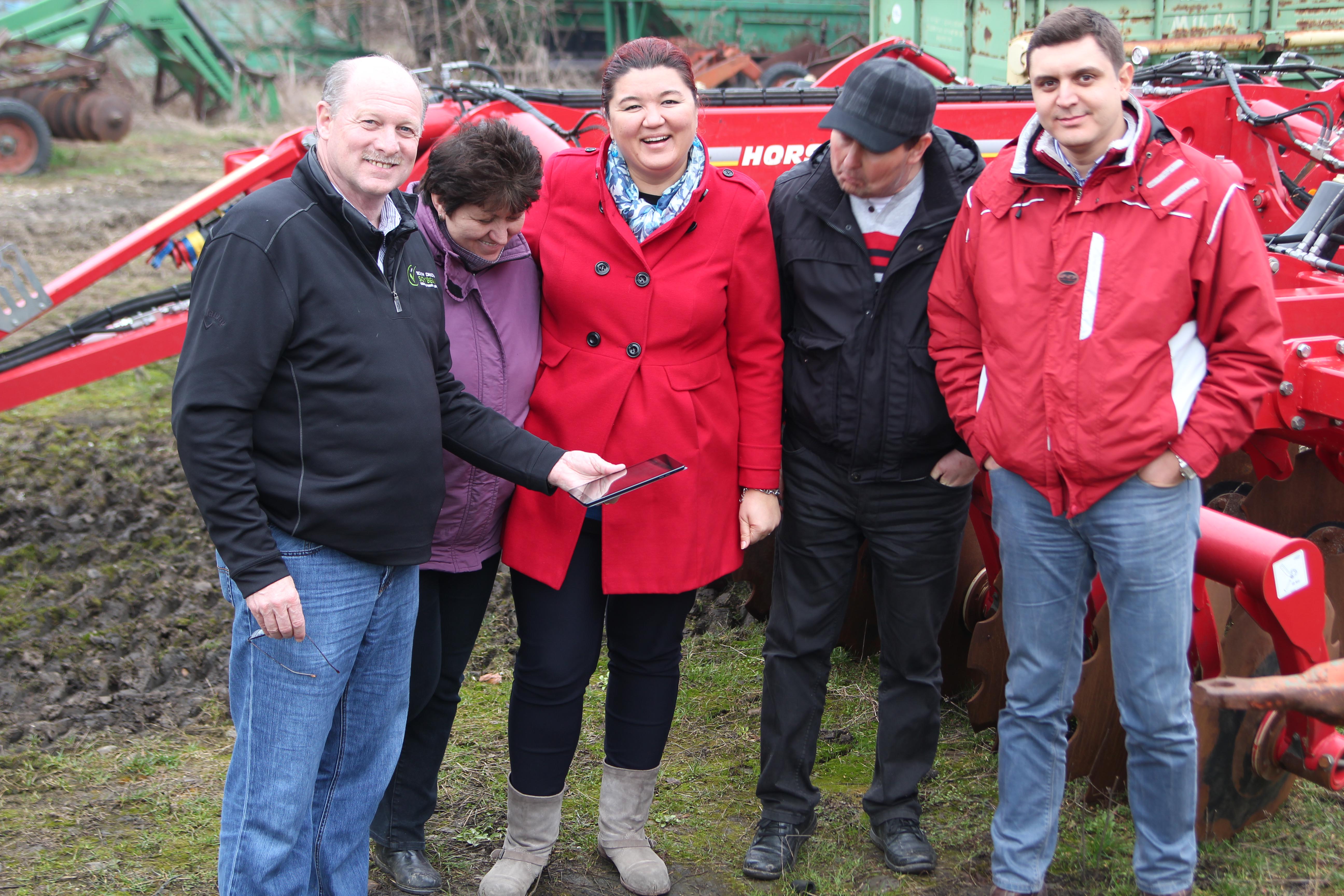 Bob Metz, farmer from Peever, shares photos of his farm and equipment with Romanian farmers. Combial Urziceni has some of the most modern farm equipment available, just like farmers in the U.S. We were able to share stories, ideas and compare operations. We also learned that they hope biotechnology becomes available to their country again. 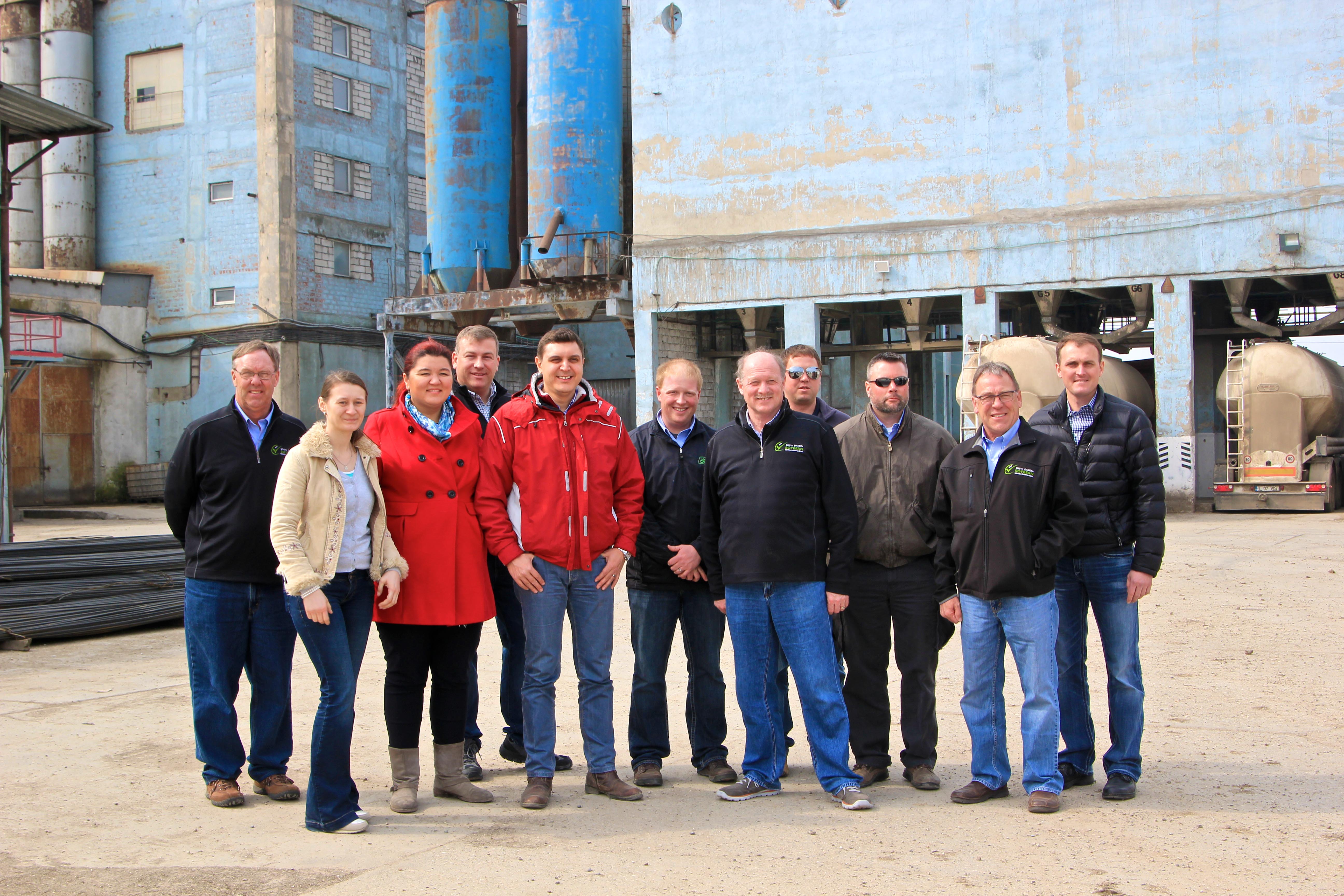 SD soybean farmers meet with feed mill owners in Romania to discuss soy rations and the quality of U.S. soy. 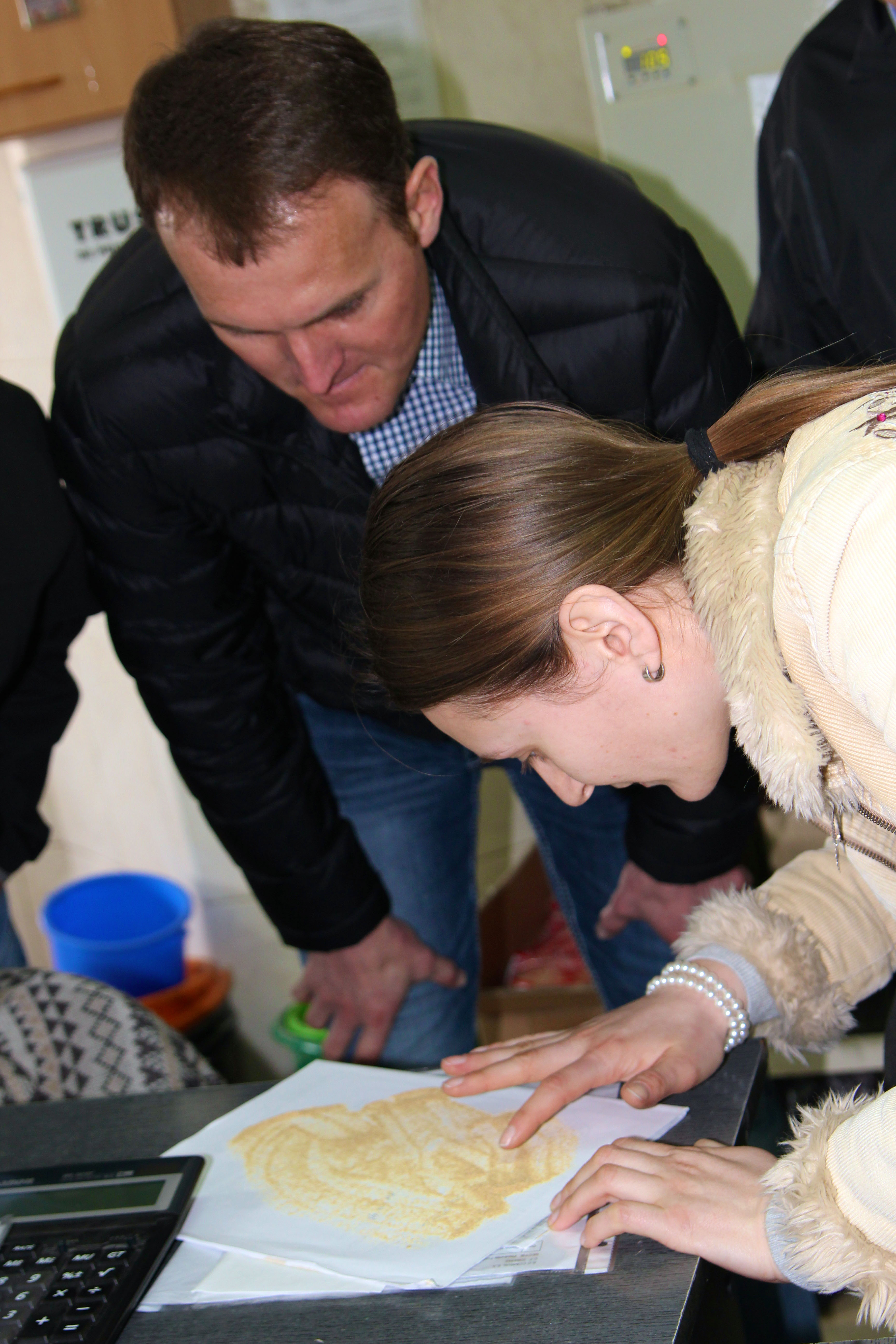 Marc Reiner, farmer from Tripp, examines the quality of the soybean meal at the Combial Urziceni feed mill. 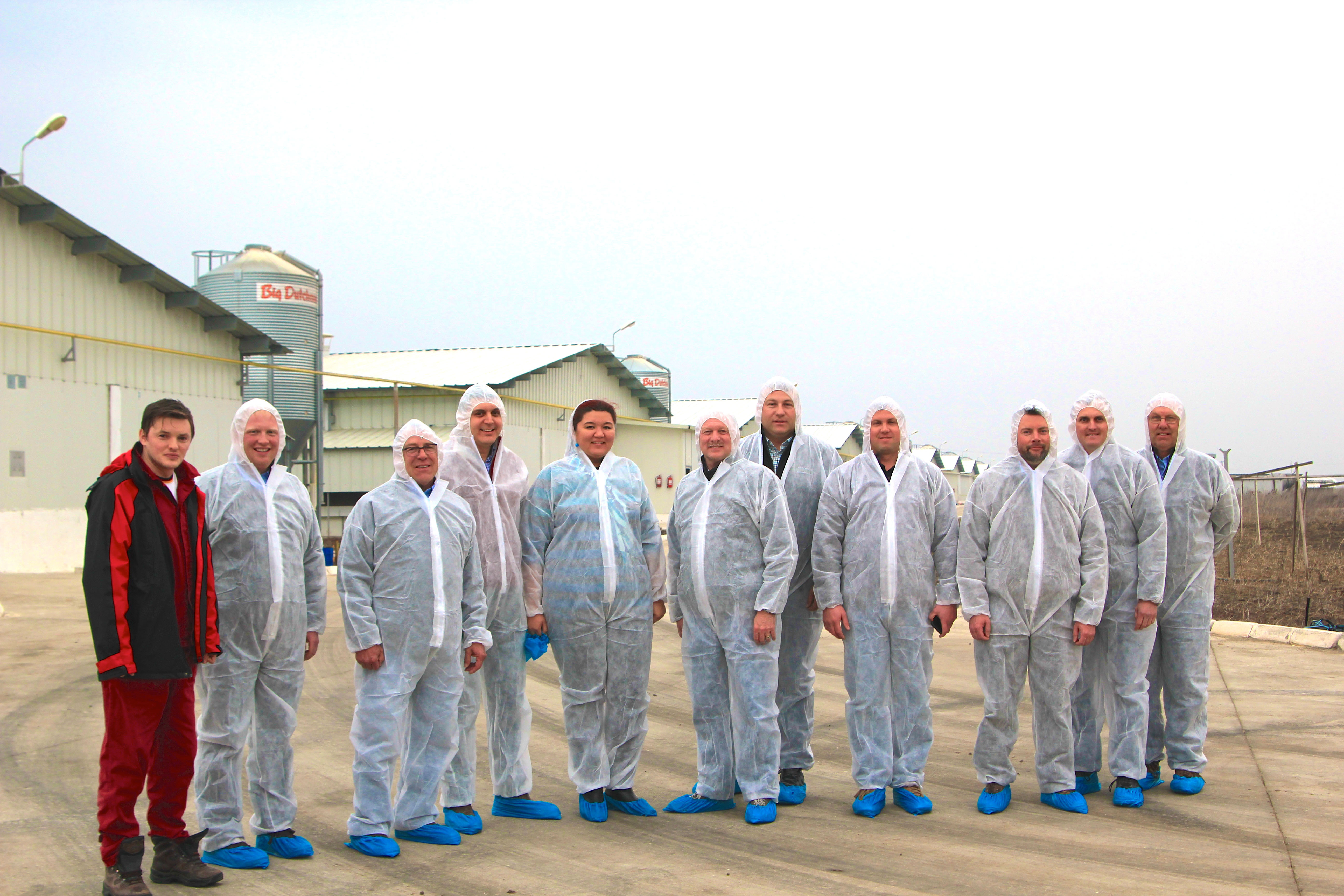 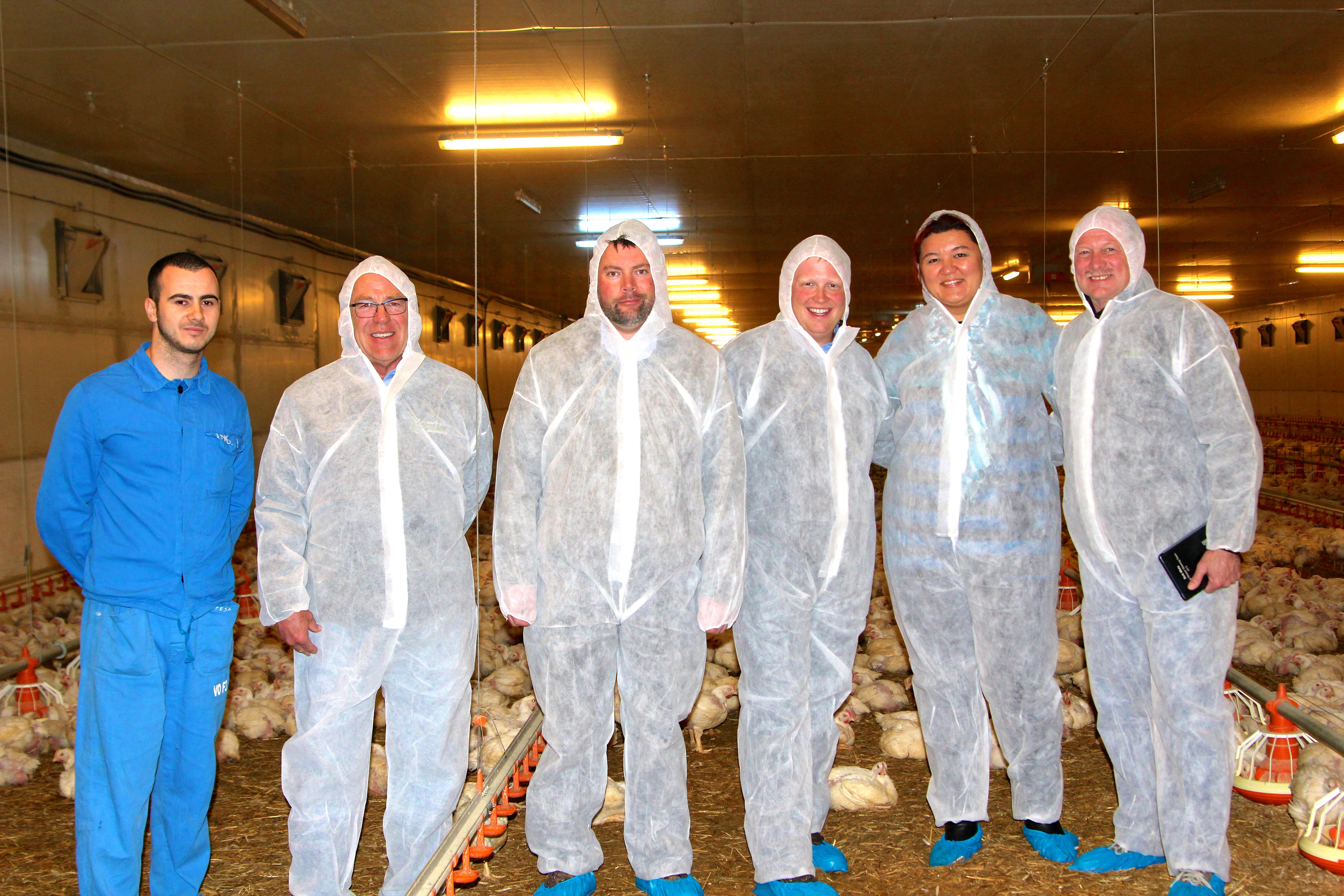