“We really had an exceptional year,” McKee said. “I’ve never had such tall beans. The weather was great, we got timely rains and missed the storms. We also didn’t have any aphids. Everything just went according to plan.” 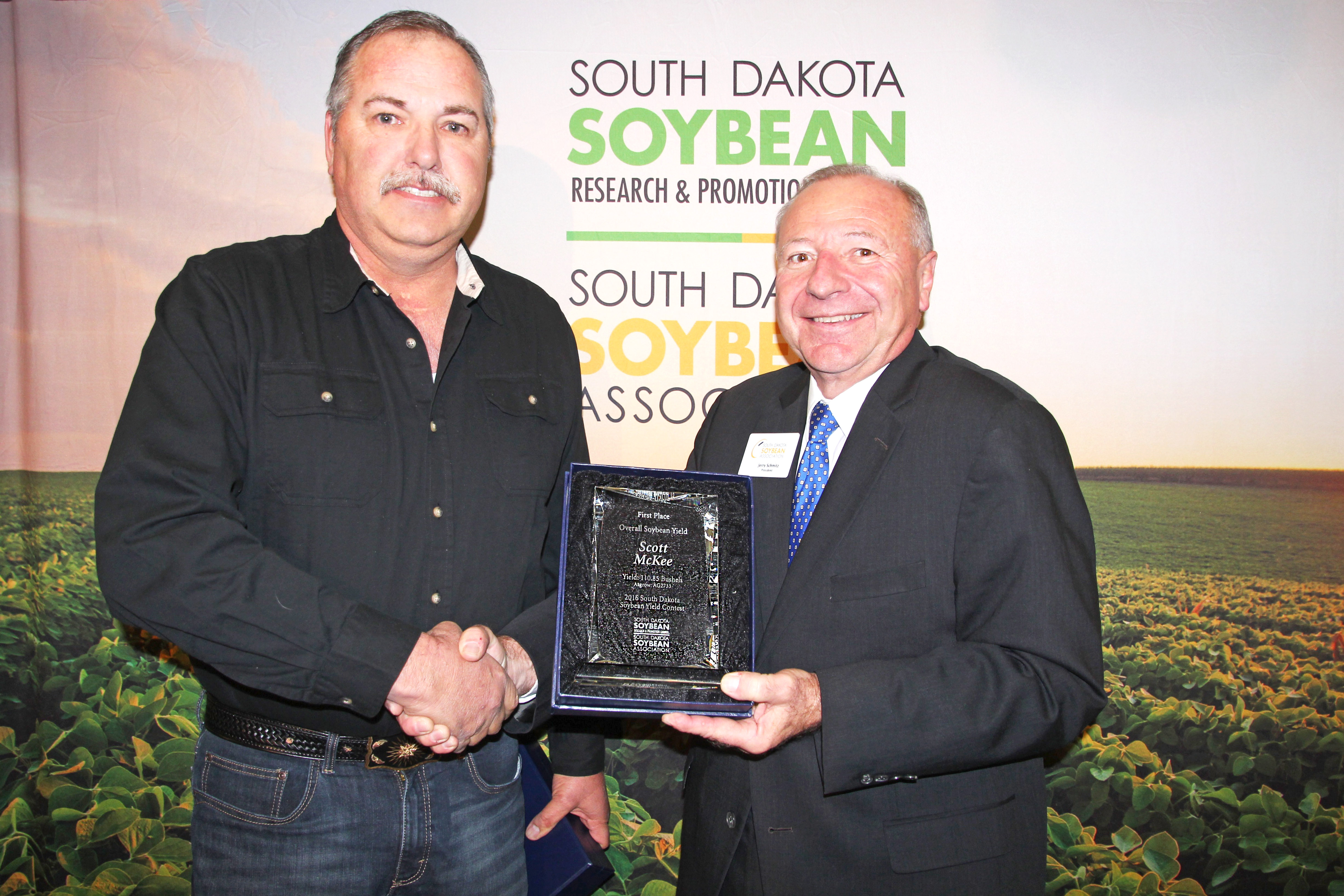 The South Dakota Soybean Yield Contest was created to encourage farmers to try new production practices to push the yield envelope. The contest recognizes top contest performers for their efforts to give other farmers ideas for what may work on their farms.

“This allows us to collect information to see what works,” says Jon Schaeffer, Chairman of the South Dakota Soybean Yield Contest Committee. “The contest helps us to identify the best management practices of top producers that we can share with other famers so they can be as productive as possible.”

For a complete list of winners, see the “2016 Yield Contest Results.” First place winners of the annual yield contest were: