“Anywhere from expanding my fertilizer program to using different kinds of crop protection products to upping the population, the South Dakota Soybean Yield Contest has really allowed me to experiment with my management strategies,” McKee said. 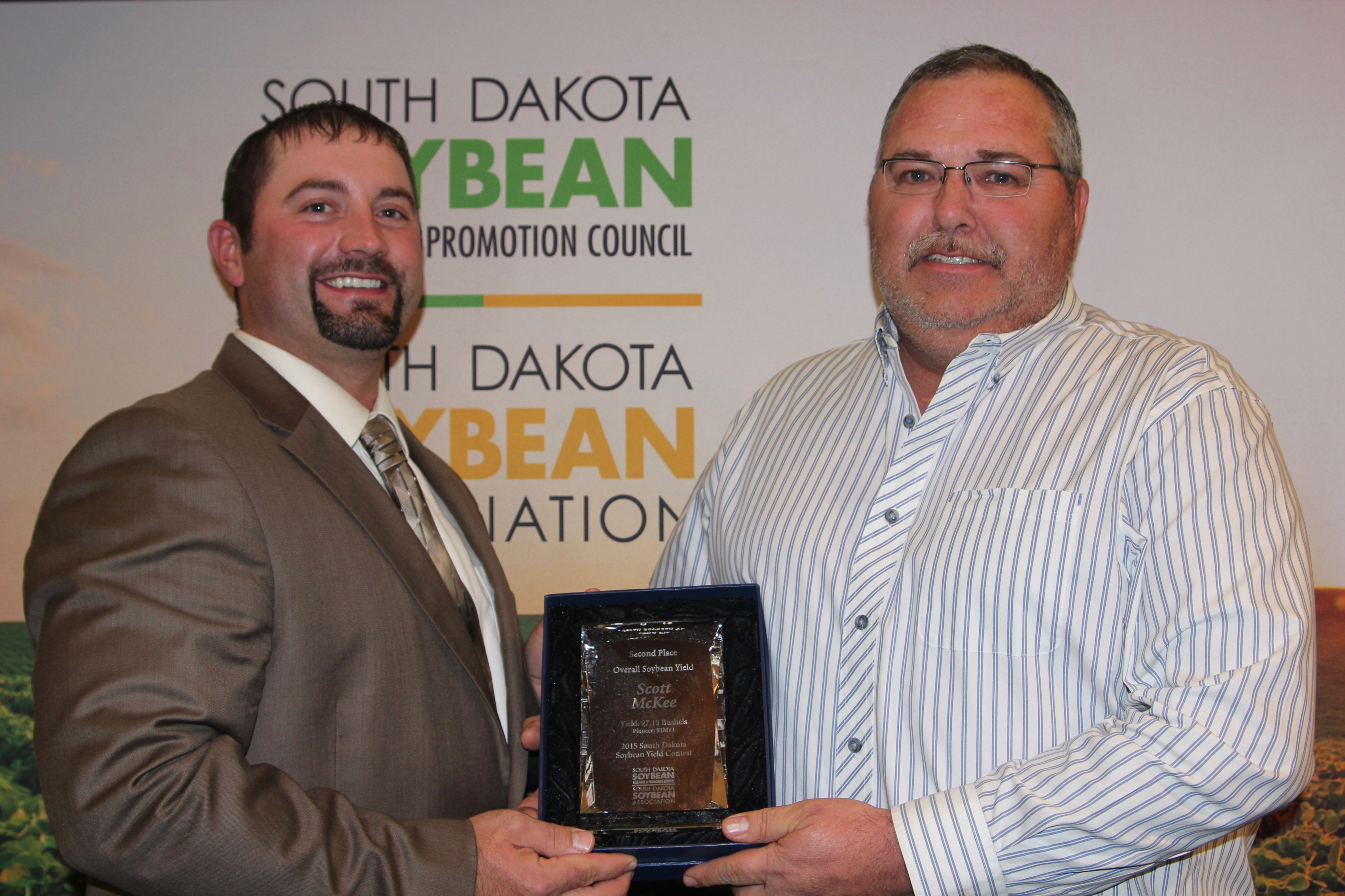 “In the past, we’ve seen farmers pushing hard for maximum corn yields, but the same effort wasn’t given to boosting soybean yields. That has changed in recent years, thanks in part to the South Dakota Soybean Yield Contest,” said Jon Schaeffer, farmer from Viborg and chairman of the South Dakota Soybean Yield Contest Committee. “Now that we’ve crossed the 100-bushel threshold, we continue to see record-breaking yields entered in the yield contest, and we look forward to seeing how far we push the yield envelope in the future.”

Close to 350 farmers submitted Soybean Yield Contest entries in ten categories. Yields across all of the categories ranged from 22 to 106 bushels per acre.

For a complete list of winners, see the “2015 Yield Contest Results.” First place winners of the annual yield contest were:

The South Dakota Soybean Yield Contest also featured a quality contest. The top two highest quality entries in each maturity group (Groups 0, 1, 2 and 3) received $500 cash for first place and $300 cash for second place. Soybean quality is determined by the Estimated Processed Value (EPV) from the oil and protein content of soybeans, and is expressed as a value of converting the protein and oil in the soybean into soybean meal, oil and hulls. View the 2015 Quality Contest Results.