Soybean producers from across South Dakota recently elected soybean growers, Ardon Wek of Freeman and Jason Frerichs of Wilmot to represent Districts 1 and 8 on the board of the South Dakota Soybean Research & Promotion Council (SDSRPC). Tim Ostrem of Centerville was re-elected to represent District 2. This is the farmer-led organization charged with wisely investing and leveraging checkoff dollars on behalf of South Dakota soybean farmers.

“Our farmers are constantly facing new and difficult challenges, especially in the current state of our industry. Because the directors on our board are soybean growers, they understand these challenges and are willing to put in the work to create new opportunities and markets to drive success in our state.” Said newly elected SDSRPC Chairman, Tim Ostrem a Centerville, SD soybean grower. “I’m excited to work on new projects and investment channels and face this next year with this great group of driven and hard-working farmers.”

The 2020-21 officer team
Along with electing Ostrem to serve as Chair, the SDSRPC board elected the following soybean growers to leadership positions: Vice Chair, David Struck of Wolsey, Treasurer, Dawn Scheier of Salem and Secretary, Todd Hanten of Goodwin. 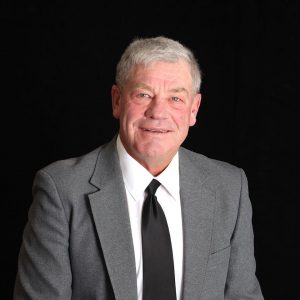 Ardon enjoyed his time on both boards and looks forward to serving farmers as a Director on the South Dakota Soybean Research and Promotion Council. “I hope to make a contribution to SD farmers and their Checkoff by helping them do their part of feeding the world in a profitable and sustainable way,” he said. 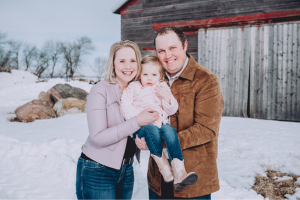 District 8: Jason Frerichs is a fourth-generation farmer/rancher who raises soybeans, corn, wheat, alfalfa and beef cattle near Wilmot, SD. The farm is operated by Jason and his brother Aaron along with their parents Kent and Faye and brother Ryan. Jason and his wife Ashley have a two-year-old daughter Elizabeth. He served ten years in the state legislature before being term-limited in 2018.

Jason is passionate about the potential for increased uses of soy products for food consumption and industrial uses. He said, “During these pivotal times as soybean producers we need to continue to look for new opportunities to market our bushels along with the meal and oil produced.” Jason was appointed in 2019 by USDA Secretary Sonny Perdue to the United Soybean Board where he serves on the sustainability demand action team.

The SDSRPC board meets several times a year to determine the research and promotional programs that will receive checkoff dollars. A complete listing of SDSRPC board members can be found at www.sdsoybean.org.