Close to 70 percent of soybeans harvested in South Dakota are exported. In February, the South Dakota Soybean Research & Promotion Council (SDSRPC) hosted a See For Yourself Tour to Mexico. The tour provided South Dakota soybean growers with the opportunity to see where a portion of the nearly 255 million bushels of soybeans they harvest each year end up when they leave South Dakota’s fields.
“This tour puts a face to the product. It lets South Dakota farmers meet those who buy our soybeans and develop stronger relationships with these buyers,” said Tim Ostrem, Centerville farmer and SDSRPC board member. It also allows us to highlight the role the South Dakota soybean checkoff plays in developing international markets.”

According to participants, the experience was valuable and provided real insights when it comes to making management decisions on their operations.

Growers participating in the See For Yourself Tour were selected through an application process. This annual tour is one of many ways the SDSRPC works to inform growers and strengthen South Dakota’s export markets. To learn how the soybean checkoff works for you, visit www.sdsoybean.org or call the S.D. Soybean office at 605-330-9942.

“The See For Yourself program continues to be a success for the South Dakota soybean checkoff. We get to show farmers what it takes to move our soybeans from the local elevator to export ports and eventually to processing plants in another country,” Ostrem said. “We see how the soybeans are used and what quality the buyers are looking for.” 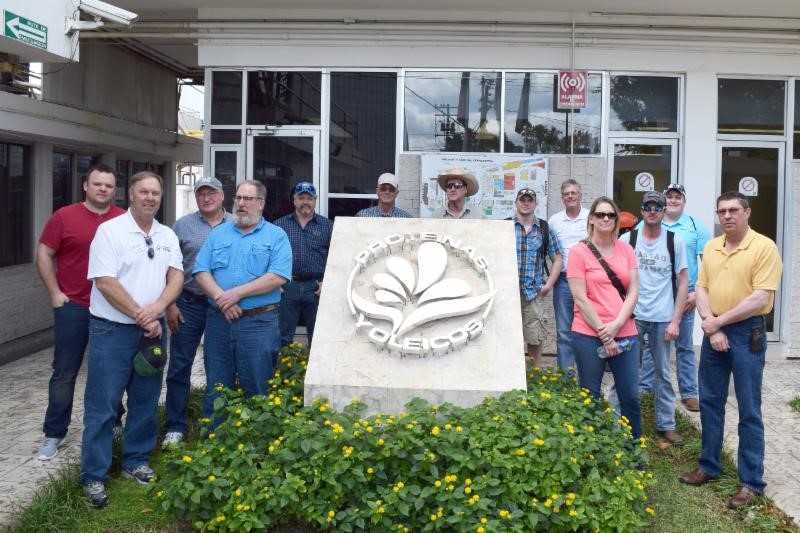