“This year, everything just worked for us. The Yield Contest allows us to push the seed and try new things to see what works and what doesn’t,” McKee said. “I really look forward to the soybean yield contest every year. It’s an opportunity to meet with other farmers across the state and see what they’re doing on their best ground, and share what I’m doing on mine.”

Over 300 farmers submitted Soybean Yield Contest entries in ten different categories. Several of the top entries resulted in record yields ranging from 41 to 103 bushels per acre.

“We’ve been challenging farmers to push for 100-bushel soybeans for the last few years of the contest, and this year, Scott McKee stepped up to meet that challenge proving that 100-bushel yields are possible in South Dakota,” said John Horter, SDSA President. “We would like to congratulate Scott and all of the winners of the South Dakota Soybean Yield Contest. In addition to the well-deserved recognition, the yield contest gives us the opportunity to analyze trends and data from the entries so we can share this information with farmers throughout the state.”

For a complete list of winners, see the “2014 Yield Contest Results.” First place winners of the annual yield contest were:

The Soybean Yield Contest also featured a quality contest. The top two highest quality entries in each maturity group (Groups 0, 1, 2 and 3) received $500 cash for first place and $300 cash for second place. Soybean quality is determined by the Estimated Processed Value (EPV) from the oil and protein content of soybeans, and is expressed as a value of converting the protein and oil in the soybean into soybean meal, oil and hulls. View the 2014 Quality Contest Results. 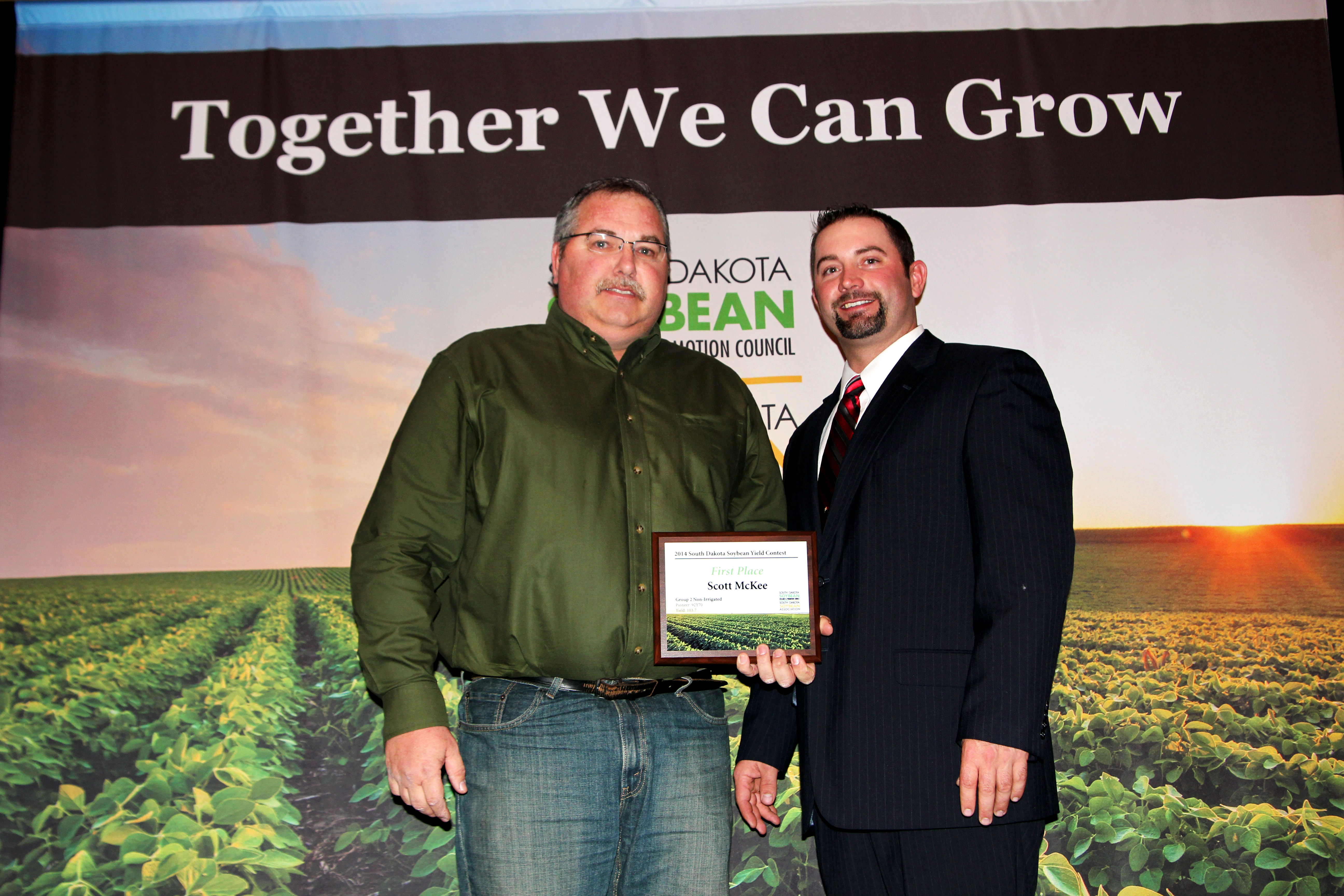