Exporting beef, pork, and lamb produced in the United States and helping the nation’s agriculture economy grow is a challenging but rewarding task that requires a team effort – an effort that includes South Dakota soybean producers.

The South Dakota Soybean Research & Promotion Council has been a supporting partner of the U.S. Meat Export Federation (USMEF) for many years. Todd Hanten, who farms and raises livestock near Goodwin, is one of the SDR&PC board members who works closely with USMEF. Hanten appreciates how USMEF helps to create opportunities for our local soybeans in international markets.

“We use our dollars to leverage government dollars through the Market Access Program and others to promote exports of U.S. meat,” Hanten said, speaking of SD soybean checkoff investments in USMEF. Hanten notes that pork exports give South Dakota soybean growers a boost of 85 cents a bushel. 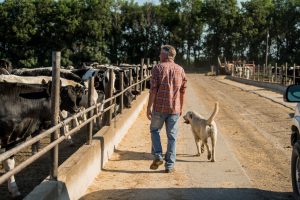 Hanten holds up USMEF as a prime example of how agriculture – both crops and livestock – come together for the good of all.

“The part I like the most about USMEF is that all the ag groups come together to help increase exports of our products,” Hanten commented. “I find it very rewarding.”

The group’s mission, “to increase the value and profitability of the U.S. beef, pork and lamb industries by enhancing demand for their products in export markets through a dynamic partnership of all stakeholders,” can be simplified this way: USMEF’s goal is to put U.S. meat on the world’s table.

Meat exports add value not only by increasing the quantity demanded of beef and pork – and the soybean meal, corn, and DDGS used to feed those cattle and hogs – but also by increasing the market value of hogs and cattle. Export markets add extra value to the carcass by providing a demand for cuts that are undervalued in the U.S. These cuts include beef short plate, short ribs, chuck short ribs, and chuck and round cuts as well as pork hams, butts, picnics, and loins.

USMEF explores new markets, works to resolve trade access issues, and promotes the quality and value of U.S. red meat to consumers and food importers in more than 100 countries. The work to increase demand in international markets for U.S. meat is accomplished by in-store promotions, trade seminars and consumer education.

South Dakota soybean producers play a big part in growing U.S. meat exports and were part of another record-setting year in 2019. U.S. pork exports posted new volume and value records in 2019, reaching nearly $7 billion, according to data released by USDA. Final numbers show that 2019 exports were 10% above the previous year in volume (2.67 million metric tons) and 9% higher in value ($6.95 billion), breaking previous records for both volume (2.45 million mt in 2017) and value ($6.65 billion in 2014).

Other U.S. pork export highlights for 2019 include: 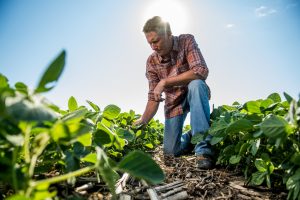 While 2020 has presented challenges – COVID-19 is having an impact on global markets – USMEF continues to work around the world on behalf of South Dakota farmers and U.S. agriculture.

U.S. red meat exports have remained steady during the first half of the year.

“Demand remains robust for U.S. red meat, especially at retail, but USMEF is actively working with our foodservice customers across the globe to help ensure a strong recovery for the restaurant, catering, and hospitality sectors,” USMEF President and CEO Dan Halstrom said. “Many are adjusting to an entirely new business climate, and the U.S. industry assisting them in this process can help ensure that U.S. pork, beef, and lamb will be featured on their menus.”