A group of soybean growers recently traveled to Panama City to build relationships with customers in food and feed markets and share information about U.S. soybeans and aquaculture. The group was there due to a joint effort by the U.S. Soybean Export Council (USSEC) and the Soy Aquaculture Alliance.

While in Panama, the group visited one of the world’s most important trade routes, the Panama Canal. Over 600 million bushels of U.S. soybeans pass through the Canal each year. A maritime shortcut, saving money and time, allows more than 14,000 vessels to travel through the Canal every year. The Panama Canal serves more than 144 maritime routes connecting 160 countries and reaching over 1,700 ports in the world. 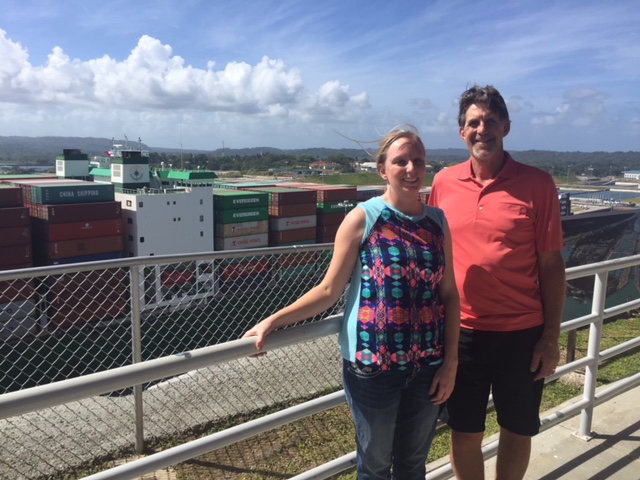 David Iverson, Astoria soybean farmer and United Soybean Board director, attended the meeting. “The Panama Canal is very important to U.S. soybean farmers. It gives us the opportunity to deliver our soybeans to our customers quickly,” said Iverson. “It was a great experience to see the large vessels traveling through the canal. The expansion of the canal allows for the accommodation of larger vessels which makes for lower freight costs,” continued Iverson.

The Canal uses a system of locks with two lanes operating as water elevators. The “elevators” raise ships from sea level to the Gutan Lake level of 26 meters above sea level, to allow the crossing through the continental divide. 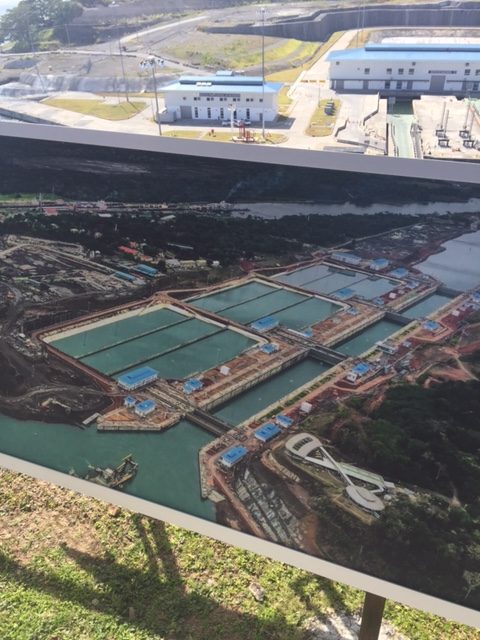 There are three sets of locks on the Canal. Gatun located on the Atlantic side, and the Pedro Miguel and Miraflores locks, both located on the Pacific side.

The expansion of the Canal started in September of 2007. The new locks include rolling gates which are easier to service. The gates weigh 3,200 tons on average, are 57.60 m long and 8-10 m wide. Along with the new gates, the expansion included a new Pacific Access Channel, deepening and widening of Canal entrances and the design and construction of the third set of locks.

Panama Canal from sdsoybean on Vimeo.