On the Fringe: Manage Uncontrolled Areas to Fight Resistance

Like the crops farmers tend, weeds are just plants trying to take advantage of water, nutrients and sunlight to grow, thrive and reproduce. Unlike crops that are raised in prepared and defined areas, weeds have no such boundaries. 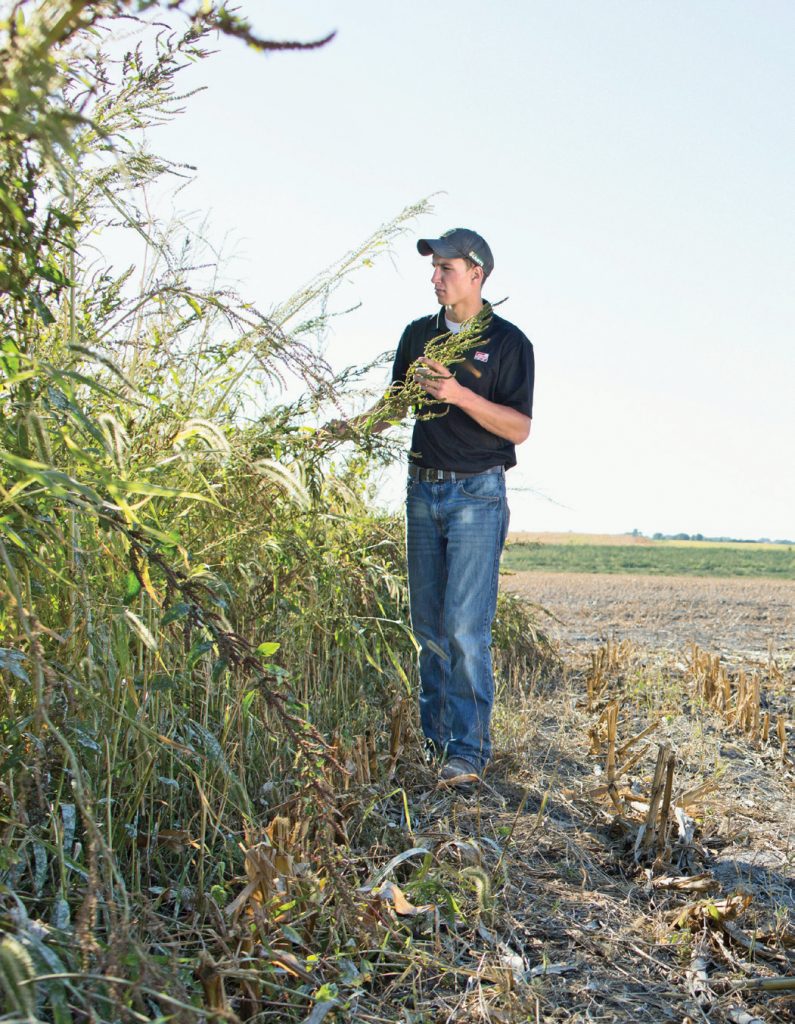 Weeds that grow in uncontrolled areas can contribute to herbicide resistance and deliver seeds to the soil seed bank, conditions farmers want to avoid.

“It’s very important that farmers deal with field borders and edges, not just the cropland,” says Paul Johnson, SDSU weed science coordinator. “Uncontrolled weeds add to the seed bank if not managed. I highly encourage farmers to control field edges and borders as much as possible because they are new places for weeds to take hold.”

Johnson says that, beyond chemical control, crop rotation can have an impact on fringe areas and fields alike. Including small grains gives farmers another crop option, plus it allows farmers to use different weed control chemistries than they do for corn and soybeans. The timing of weed control is often earlier in small grains like wheat or barley because they have slightly different growing seasons.

With increased attention being paid to pollinators, farmers are increasingly challenged to manage broadleaf weeds and balance pollinator habitat. Spot spraying or mowing infested areas to prevent the weeds from going to seed can be an effective way to control problem weeds while maintaining pollinator habitat. Researchers say planting pollinator-friendly crops like alfalfa on field borders is another option to smother weeds while giving bees a food source.

Cover crops are an option for many farmers. Cover crops can be a valuable tool for weed control whether interseeded with cash crops or planted in salt-affected soils that may not support crops.

“Cover crops can be included as long as it’s a crop that fits into the farmers’ weed control program,” Johnson says. “Cover crops typically need a field free of a pre-emergent herbicide application before they’re seeded, and farmers also need to look at the chemistries used the year before to ensure that fi eld can be planted to cover crops. That limits cover crop usability in some cases, but it’s all part of the farmers’ weed management planning process.”

Tillage is another option farmers have beyond herbicides to keep weeds in fringe areas under control. Cultivation and mowing may not be ideal in all circumstances, but cold steel is another tool for combating resistance.