Last Friday, South Dakota State University held a ground breaking ceremony for the new Swine Education and Research Facility (SERF). More than 200 people attended, including South Dakota Governor Dennis Daugaard. In March, the state legislature approved $2.03 million in funding for the swine unit with another $1 million from the Board of Regents’ Higher Education Facilities Fund. 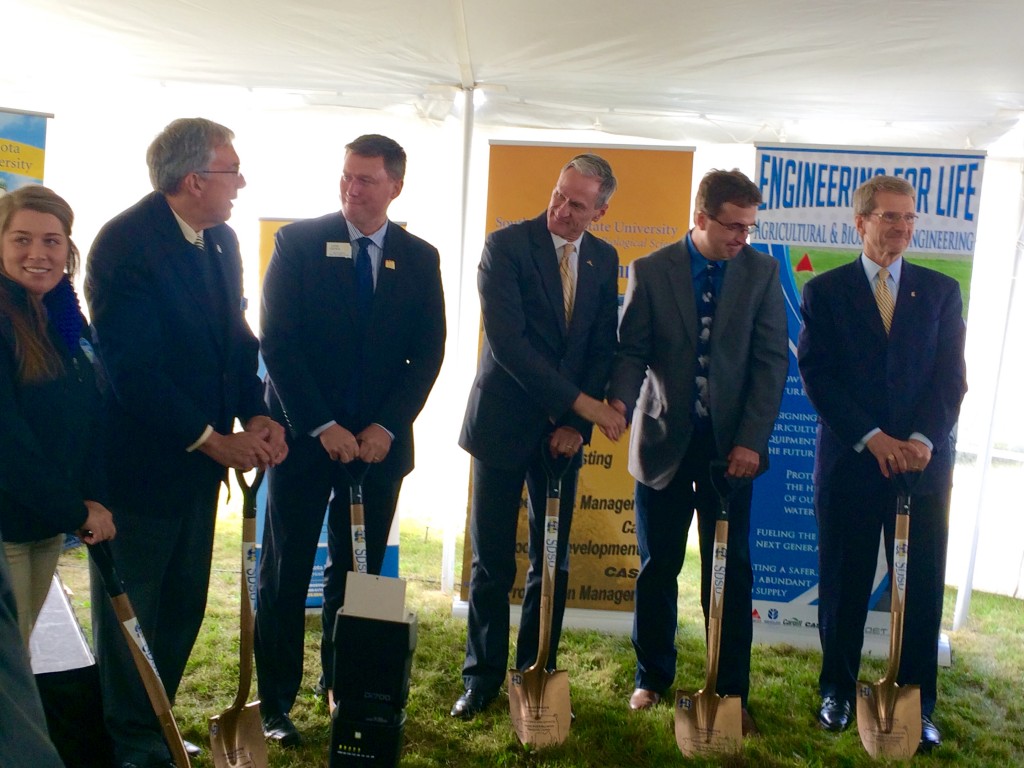 The SDSU facility will be a regional hub for swine research and education, and has received $1.8 million in private financial commitments from individuals, organizations and businesses in South Dakota and surrounding states. In addition, the South Dakota Soybean Research & Promotion Council (SDSRPC) and the Minnesota Soybean Research and Promotion Council (MSRPC) have pledged $1 million and $500,000, respectively. The investment from SDSRPC and MSRPC will go toward educational components of the program.

“Pork production is the biggest consumer of soybeans in our state. About 4.2 million pigs are finished annually, consuming 275,000 tons of soybean meal. Our soybean checkoff believes it’s important to support education and research that will enhance the pork industry,” says Marc Reiner, SDSRPC chairman. 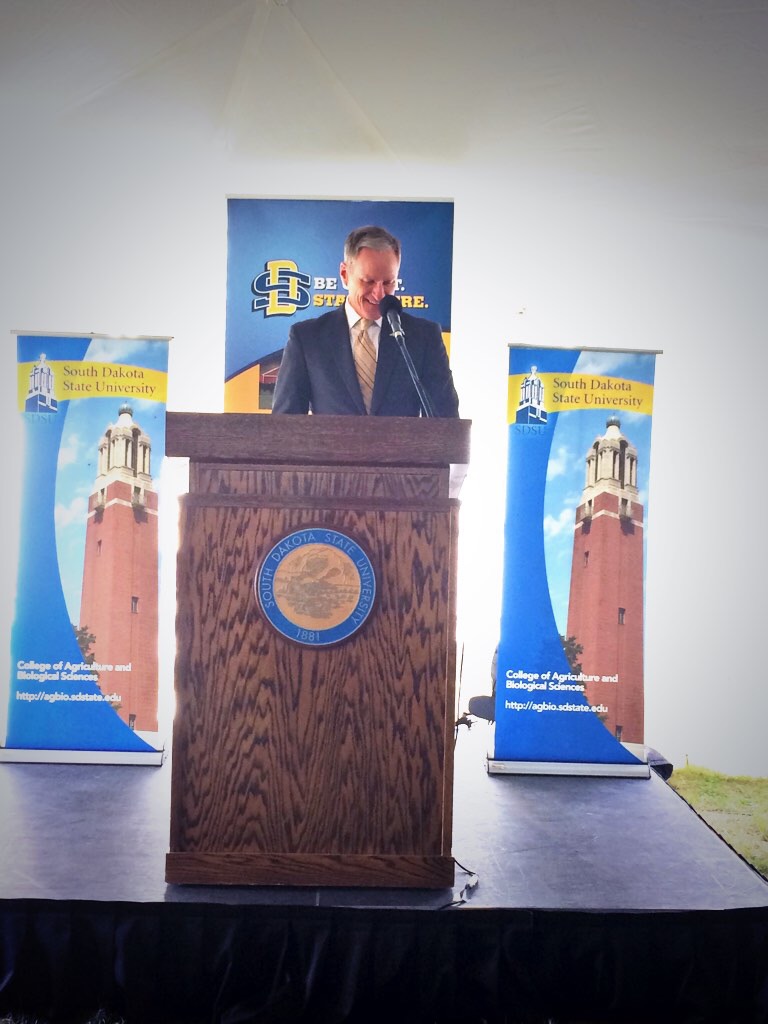 Governor Daugaard addressing the public at the ground breaking ceremony for the swine unit.

Glenn Muller, executive director with the South Dakota Pork Producers Council says the current facilities at the University are so outdated that they hinder relevant research and education. Furthermore, other land grant colleges have cut back or eliminated swine teaching and research. “There’s a big need to educate and train the next generation of pork producers and allied industry personnel. This project provides state-of-the-art education and research facilities for students and producers in South Dakota and surrounding states,” says Muller.

The new facility is being designed with glass windows and elevated walkways so visitors can see every room without violating biosecurity measures. In addition, there will be a 24-hour live video feed from each room. “We hope to demystify modern pork production for concerned citizens and the general public,” explains Bob Thaler, swine extension specialist and professor. “With the live video feed, a boy in Shanghai or a girl in Chicago can watch pig production from conception to market.”

These features are important to the South Dakota soybean and pork producer groups. “There are a lot of misperceptions about swine production. It will be great to have a place where citizens, legislators and local zoning board members can see today’s pork production. The new facility will answer questions for both producers and consumers,” says Reiner.

With opportunities to see in person how modern technologies can minimize odors, improve sustainability and enhance animal care, Muller hopes more citizens will recognize pork production as an asset to their local communities. He notes the swine industry currently contributes $2.1 billion annually to South Dakota’s economy. 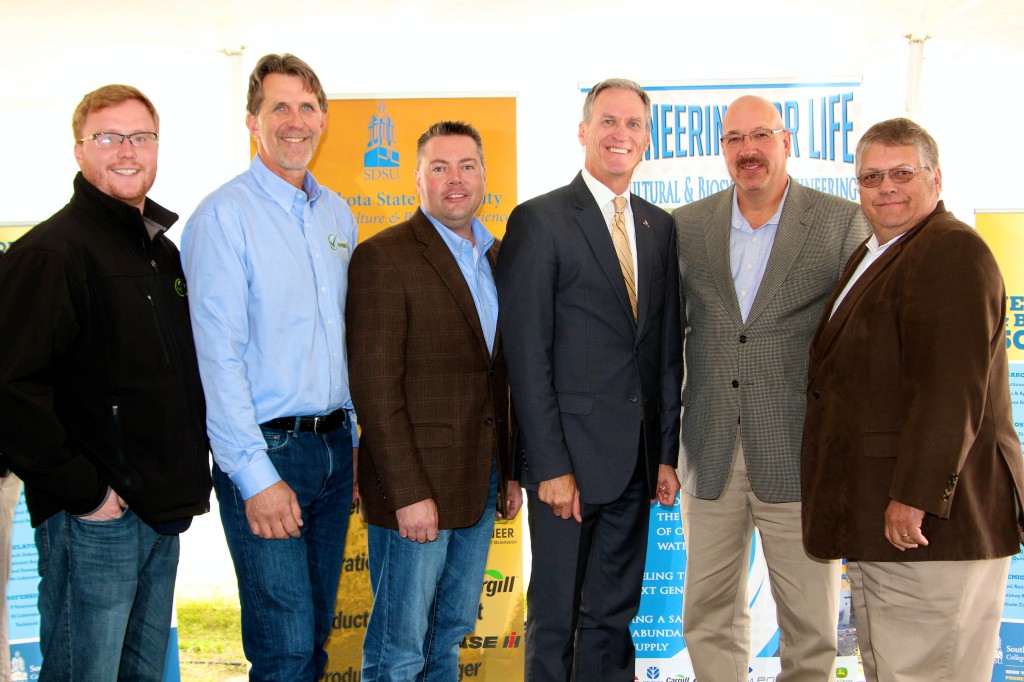