The Young Leader program— sponsored by SDSA, the American Soybean Association (ASA), and Corteva Agriscience— is a two-part educational program for individuals and couples with an interest in agricultural leadership. Young Leaders was founded in 1984 and continues to set the bar for leadership training in agriculture, identifying and training new, innovative, and engaged growers to serve as the voice of the American farmer.

Hento is involved in the family farming operation that began as a dream his great-great grandfather Jake had when he emigrated from Holland and arrived in America. As a fifth-generation farmer, he and his brother, Scott, raise soybeans, corn, and alfalfa.

“Farming has been embedded into my upbringing,” said Hento; however, returning to the family farm was not always part of his plan. Tragedy struck their family in December of 2012 when his father passed unexpectedly. He and his brother had to choose to return home to the family farm, leaving behind their careers and educational goals.

“The choice to come back was not difficult,” shared Hento, who holds a Bachelor of Science in Biology with a focus on Physiology and a Bachelor of Arts in English from University of South Dakota. “Rather, the memory of coming home the day after dad’s passing and seeing the farm was a memory I’ll always retain. The family farm brought instant peace and comfort in an otherwise terrible event.”

The brothers set out that spring without any guidance from older generations—something very rare in current farming culture. Hento said the experience kept them willing to hear new ideas and concepts—never shunting a practice simply due to it being out of their expertise. Since, their operation has made great strides. He said, “One of the most fundamental concepts I now believe in is that profitability is directly tied to resource stewardship.”

Outside of farming, Hento works 48 hours per week as an emergency medical technician for the Wagner/Lake Andes Ambulance, which is considered a “high-need” area, and serves as the president of the Avon Lions Club Chapter. He also enjoys working with students—specifically with local science fair projects that deal with soil fertility, drain tile, and an array of other agriculture-based studies. This involves allowing students to study on his land to further their knowledge of farming.

“One day, after I’m long gone, my goal is to be known as someone who led by example of what it means to be a farmer and was never afraid to help younger growers with questions,” shared Hento. “We have a finite amount of time on this earth and an even more limited amount of time to establish a reputation as a farmer. My passion for agriculture is a fundamental aspect of who I am.”

The lack of financial resources and incentives for young producers is one of the top issues in the soybean industry—and agriculture in general, according to Hento. “Although certain programs allow lower interest rates for young farmers, we need to make larger changes across the board. Incentivizing landowners to sell or rent their land to younger operators is something that needs to be incorporated in future farm bills. If we don’t invest in the youth of today, I truly believe agriculture is going to be paying a very heavy price in a very short amount of time as the average age of the American farmer continues to rise.” 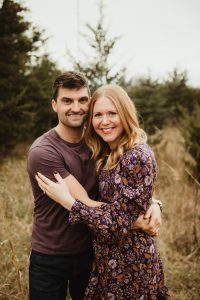 Hento credits his wife, Sara, for playing a crucial role in managing their farming operation. “Even though she isn’t actively managing the operation or driving tractor, she provides support behind the scenes— supporting all my farming goals and dreams, running farm errands, preparing the farming books for taxes, and ensuring the household runs smoothly. In addition, she works full time as an Associate Attorney at KSB School Law out of Lincoln, NE.”

Although Hento is serving as the current Young Leader, he said he does not take the term “leader” lightly. “I really envision myself and my spouse as individuals with the long-term vision and knowledge to lead the soybean industry. Starting at the local level by bringing awareness to local growers on the issues facing soybeans and with an eventual goal of national government realizing the critical role agriculture plays in our country’s long-term success. That is not only something I want but something this country needs.” 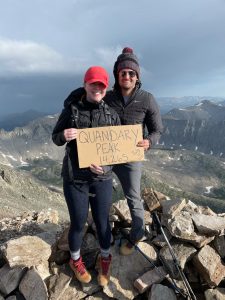 Tanner and Sara Hento reside in Avon, South Dakota, and run a corn/soybean/alfalfa farm alongside Tanner’s brother Scott. Tanner and Sara are both graduates from The University of South Dakota. Tanner works on the farm, while Sara is an attorney for KSB School Law out of Lincoln, Nebraska. Both are very passionate about the future of agriculture and strive to be voices for the positives and benefits that agriculture offers. In their free time, Sara and Tanner enjoy traveling, hiking, and their dog, Scout.