Letter from Your Soybean Checkoff

Our name, South Dakota Soybean Research and Promotion Council (SDSRPC), encompasses what we strive to accomplish as soybean checkoff board members. Each of us is committed to helping your family be profitable growing soybeans. 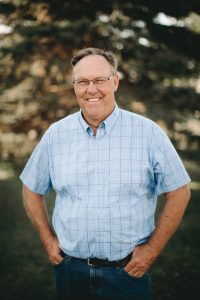 We are currently promoting soybean oil-based products in-state with projects including preservatives for concrete and asphalt streets and roads, dust suppressants for gravel roads, plus soy-based Goodyear tires and grease pads for 5th wheel plates.

SDSRPC contracts with SDSU for research in production and uses to stay ahead of the quickly changing times. One of the recent checkoff investments was in the SDSU Raven Precision Ag Center. The facility, and educational opportunities it provides, places South Dakota on the cutting edge of global food production.

The SD Value Added Development Center is one example of partnering with another organization to leverage checkoff dollars for the greatest return. SDSRPC member Ardon Wek represents soybean farmers on the Value Added board. They were involved in the early business plan strategy and development of Prairie AquaTech, a SD company that produces proprietary fish food made from soybeans.

Todd Hanten represents SD farmers on the Soy Transportation Coalition, a thirteen-state partnership working to ensure a viable infrastructure path from field to market for your soybeans. Their work ranges from locks and dams to highways and bridges, county roads, even township roads.

Through a global network of international offices and strong support in the U.S., the United States Soybean Export Council (USSEC) builds preference for U.S. soybeans and soybean products, advocates for the use of soy in feed, aquaculture, and human consumption, promotes the benefits of soy use through education and connects industry leaders through a robust membership program. SDSRPC member Dawn Scheier represents all U.S. soybean farmers as USSEC board secretary.

The United States of America Poultry and Egg Export Council promotes demand for soybeans domestically and abroad. U.S. poultry is the number one livestock consumer of soybean meal. SDSRPC member Mike McCranie serves on the executive committee of their national board.

Jason Frerichs represents SDSRPC on the Soybean Aquaculture Alliance. SAA funds programs and research that increase the utilization of U.S. soybeans in fish and shrimp diets through affiliations with academic and private researchers and industry leaders.

Together, our team of elected farmer volunteers serving on SDSRPC work to represent your family’s soybean interests. We actively promote the soybean industry and work with a dedicated staff in-state, across the U.S., and worldwide to increase demand for your soybeans.