Gathering Knowledge From the Soil

Soybean yield isn’t the only thing farmers gather in the fall. Experts say it is also an excellent time to do soil testing as it can reveal valuable information about nutrients and the presence of yield-robbing pests.

South Dakota State University (SDSU) Soils Field Specialist Anthony Bly says testing the soil at the same time each year gives a consistent picture of what’s present in the soil. He says non-mobile nutrients like phosphorus, potassium and zinc will be present in the soil in the spring or fall. Other nutrients like nitrogen and sulfur are mobile. Testing in the fall when soil temperatures fall below 50 degrees allows microbial activity to finish. 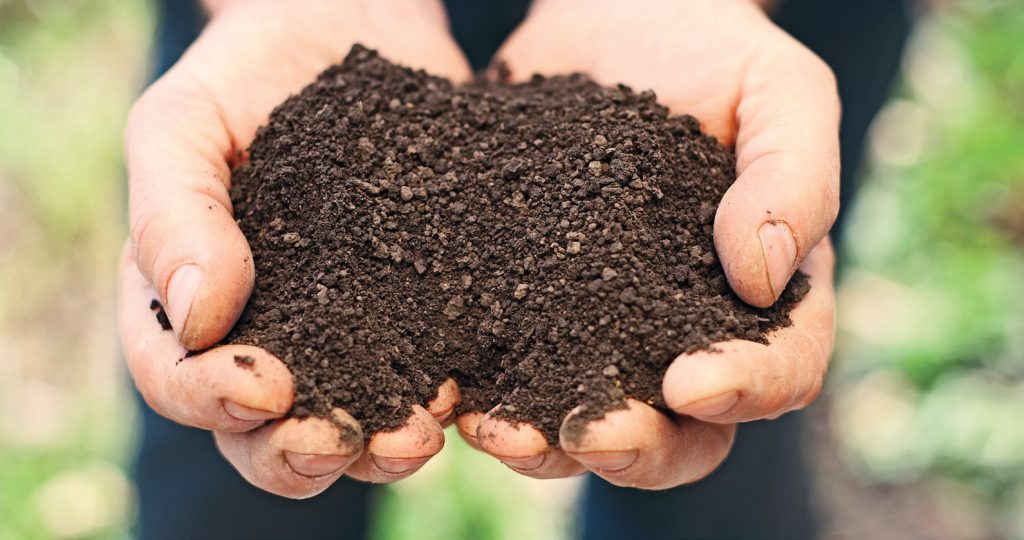 Given the dry conditions many South Dakota farmers faced, soil testing may more than pay for itself this year.

“If farmers dealt with drought and didn’t get the crops they anticipated, the nutrients available for 2018 could be significant,” Bly says. “There is little crop nutrient removal in a drought year, and there is little soil moisture moving those nutrients around. Next year’s crop rotation could change based on the nutrients left in the soil.”

SCN is a plant-parasitic nematode that infects soybean roots. The female nematode eventually becomes a cyst. SCN is described as a silent yield robber that can cause yield loss without displaying symptoms on soybean plants, so periodic sampling and testing is critical.

“SCN is the number one yield reducing pest in South Dakota,” says Craig Converse, Brookings, South Dakota, farmer. “A lot of times SCN will not show symptoms in the soybean crop, but it’s still reducing yield.”

Yield losses from SCN are estimated to be 4.4 million bushels annually in South Dakota according to SDSU Assistant Professor and Field Crops Pathologist Febina Mathew. As of 2016, SCN was confirmed in 29 South Dakota soybean producing counties. To make matters worse, SCN may provide help to other plant pathogens and insect pests.

Mathew says researchers observed SCN-infected plants that also showed symptoms caused by other fungal plant pathogens. Mathew and her colleagues hypothesized that the presence of SCN on soybean plants can exacerbate disease development by other plant pathogens, or impact establishment of insect pests that are known to compromise soybean yield. Mathew is heading research on the interaction of SCN with biotic stressors with support from the South Dakota Soybean Research and Promotion Council and the North Central Soybean Research Program.

Researchers looked at the interaction of SCN with pathogens like Phytophthora and Fusarium that can cause soybean root rot under controlled greenhouse conditions.

“Based on our greenhouse study on the interaction of SCN with Phytophthora and Fusarium, we observed that root growth and stem growth of soybean plants may be further reduced by Phytophthora and certain Fusarium species in the presence of SCN,” Mathew says. “In the field, we are currently examining whether disease development caused by these pathogens will be exacerbated because of SCN.

“SCN management depends heavily on the use of resistant soybean cultivars, crop rotation and weed management. Given that SCN can interact with biotic stressors, we recommend that farmers adopt a proactive and targeted approach to tackle SCN and the stressors concurrently.”

For example, Mathew says to manage an SCN-Phytophthora disease combination, farmers should consider combining cultural practices like crop rotation, weed management and seed treatment with soybean cultivars that have resistance to SCN, as well as tolerance to Phytophthora.

SCN may not only be interacting with other pathogens, weeds may serve as alternative hosts to the pest. SDSU Assistant Professor and Extension Plant Pathologist Emmanuel Byamukama heads up checkoff-funded research to identify and target plants that may host SCN.

“So far field pennycress was confirmed as an SCN host,” Byamukama says.

“Farmers need to have a proactive weed management plan after soybean harvest and before planting if their fields are confirmed to have SCN,” Byamukama adds.

South Dakota farmers can collect soil samples from their fields and submit them to the SDSU Plant Diagnostic Clinic at no cost. This free test is sponsored by the South Dakota soybean checkoff.

“The best way to determine if SCN is present in your soil is to have it tested,” Converse contends. “Once confirmed, you can start managing the pest.”
The most effective approaches for managing SCN include planting resistant soybean varieties, rotating crops with non-host plants like corn, alfalfa or wheat, and managing weeds like pennycress, which are SCN hosts. Nematicide seed treatments can help, however, yield benefit from nematicide use is not guaranteed.

Watch the video below to learn how to detect SCN and prevent infestation: