The 2022 Commodity Classic was an in-person event for the first time in two years. One of those most excited to be in New Orleans was American Soybean Association (ASA) Chairman Kevin Scott. Before being chairman, 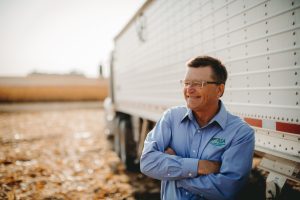 Scott was elected ASA President during a Zoom meeting a year ago last December. Stopping for a few minutes during the 2022 Commodity Classic Trade Show, Scott said taking the reins virtually at the height of the pandemic was analogous to getting done what needs to be done.

“Farming continues whether you’re sick or not. We plant the crop, we harvest the crop, and we market that crop, regardless of the situation,” said Scott, “and it went well.” Having become ASA Chairman a few months ago, Scott, a corn and soybean grower at Valley Springs, South Dakota, considers this a slowing down in his national leadership role, during which he can help support the ASA President. “We’re just really thrilled right now that we got back to Commodity Classic, and things look pretty normal now,” said Scott. “You know we still have COVID to deal with, but business is going on and it feels better.” 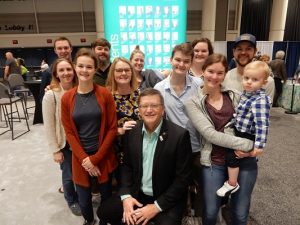 Typically, the ASA President’s family is recognized at the annual ASA Awards Banquet at Commodity Classic, which, for Scott, would have been a year ago, when COVID prevented the event from happening. “I thought, ‘you know, we didn’t get to do that last year,’” he said. “We encouraged all the kids to come down to New Orleans this year, and it’s a great thing for me.” Scott maintains that family is the reason he divides time between farming and commodity group leadership. “The sustainability of what I do is really critical to the next generation, so if there’s not a viable soybean option for my son, or for his son, then I’ve failed and I haven’t done what I could. This is the part of me doing what I can to bring that next generation onto the farm,” said Scott, adding, “if they want to.”

Scott and his wife Jannell were accompanied in New Orleans by 14 of their children and extended family. The next generation of Scotts is also involved in soybean leadership. It’s one more reason to be proud, according to the elder Scott.

“It is rewarding that the son I farm with and his family all feel the same need that I did to further the business of soybeans in the U.S.,” said Scott. “Jordan is currently the president at South Dakota Soybean. He’s been there for two years, and he is considering taking my place on ASA when I retire. I hope he does.”

Scott considers relationships he’s built over the years to be like family, and he wants his son Jordan to experience the same thing. “He’s thrilled about it, he’s better on the stump than I am; he does policy well, and I’m thrilled with it.” 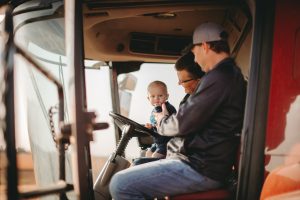