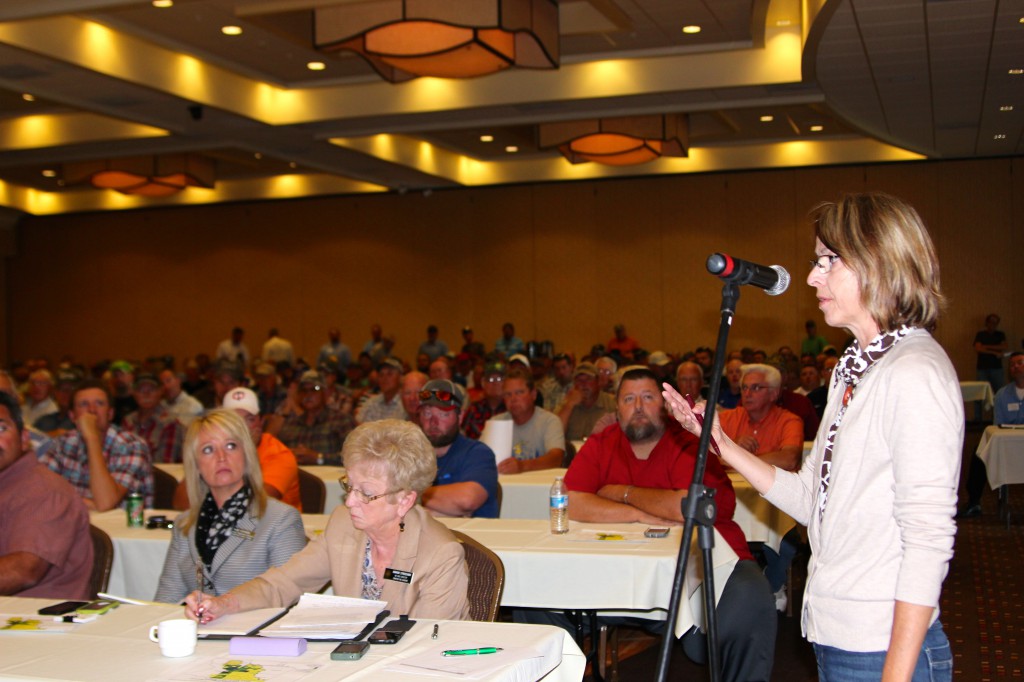 Karen Cameron-Howell, a private wetland consultant and former NRCS employee, asks questions about the wetland backlog to the panel.

The agriculture groups organizing the meeting stated that the farmers they represent want a quality wetland delineation that is technically and procedurally correct, and done in a timely manner of less than 1 year from the date of the request.

“The number of people attending this forum speaks to the importance of finding a solution to the backlog and confusion over how wetland delineations are handled,” said Wayne Smith, Executive Director of the South Dakota Farm Bureau, which represents 14,000 farm, ranch, and rural families across the state. “These farmers are sincere in their desire to work with the NRCS, but they also want to be able to get information in a timely way and to know that that information is consistent and science-based.”

“The Wetland Issues Public Forum was a great opportunity for South Dakota farmers to voice their concerns about the wetland determinations process directly to NRCS officials,” said John Horter, SDSA President and farmer from Andover, SD. “We look forward to working with NRCS on finding ways to decrease the backlog through a timely and accurate process.”

Zimprich and Christensen were joined on the panel by Lynn Tjeerdsma, Senior Policy Analyst for U.S. Senator John Thune, and Rick Vallery, Field Representative for U.S. Representative Kristi Noem. The NRCS officials fielded questions from the audience for three hours. 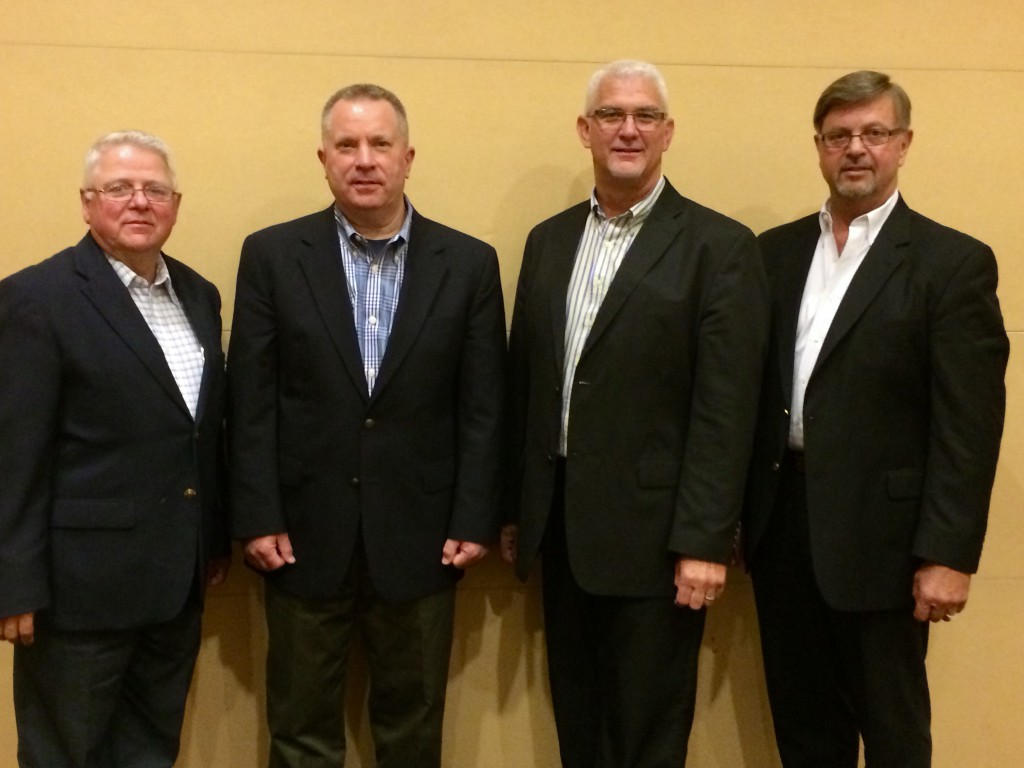 Many questions revolved around the backlog of wetland delineations, with reports of 1- to 2-year wait times not uncommon. However, once the farmer does receive the wetland delineation, he or she has only 30 days to take action if an appeal is desired. This was a point of contention, as 30 days is a relatively short length of time, especially if it occurs during a farmer’s peak season like planting or harvest. The audience pressed NRCS to find solutions to the deep backlog of requests.

NRCS’ Zimprich agreed that the backlog is a problem. “It is not at a point where we want it to be. We want it to be one year or less,” Zimprich stated.

Adding to the backlog is the NRCS policy that every wetland delineation request submitted by a consultant on behalf of a landowner be spot-checked. The consultants are soil scientists, many of whom are former NRCS employees, hired by landowners to complete the technical data-gathering work for the delineation requests.

“We do believe there could come a time where we would move away from a 100 percent review [of the work done by the consultants],” Zimprich stated.

“The use of consultants is an interesting question for us as an agency,” NRCS’ Christensen said. “South Dakota is a pilot in this regard.”

One question from the audience addressed NRCS’ relationship with Ducks Unlimited, the farmer asking if it was true that Ducks Unlimited has representatives working in NRCS offices. Zimprich stated that, yes, NRCS does have Ducks Unlimited employees in some of its offices, but they do not work directly with the wetlands delineation process. He said it is a cooperative arrangement, similar to what NRCS has with different local conservation districts and Pheasants Forever.

The issue of on-site versus off-site evaluations was brought up several times. Many farmers reported hiring consultants to come out and do on-site evaluations including soil sampling, but the subsequent NRCS spot-check of that work – which is most often done using only off-site methods like review of slides and aerial photos – would identify vastly more areas as wetlands than did the on-site methods. The farmers and the consultants in the audience wanted to see more reliance on soil science and actual site visits, rather than remote-sensing off-site methods, to accurately identify true wetlands instead of giving false-positives.

At the conclusion of the meeting, Zimprich stated, “I am committed to making this process work better. It is a difficult issue, and I do understand a lot of the difficulties you’ve gone through.”

“We know we’ve got some opportunity for improvement,” Christensen stated in closing.

Wetland Meeting from sdsoybean on Vimeo.