Early Does It &#8211; Optimal Soybean Yields Come With Timely Planting

Like a South Dakota snowbird who heads south for the winter, soybeans love to soak up the sun. Capturing sunlight is one of the keys to high-yielding soybeans as the plants convert sunlight to chemical energy. Higher energy conversion means higher yields.

South Dakota State University (SDSU) research shows that to maximize light energy capture, soybeans should be seeded as early as possible yet late enough to avoid frost. Since the most sunlight in South Dakota occurs in June and July, earlier seeding means a larger plant, more leaf area and greater conversion of light energy to soybeans during these months. 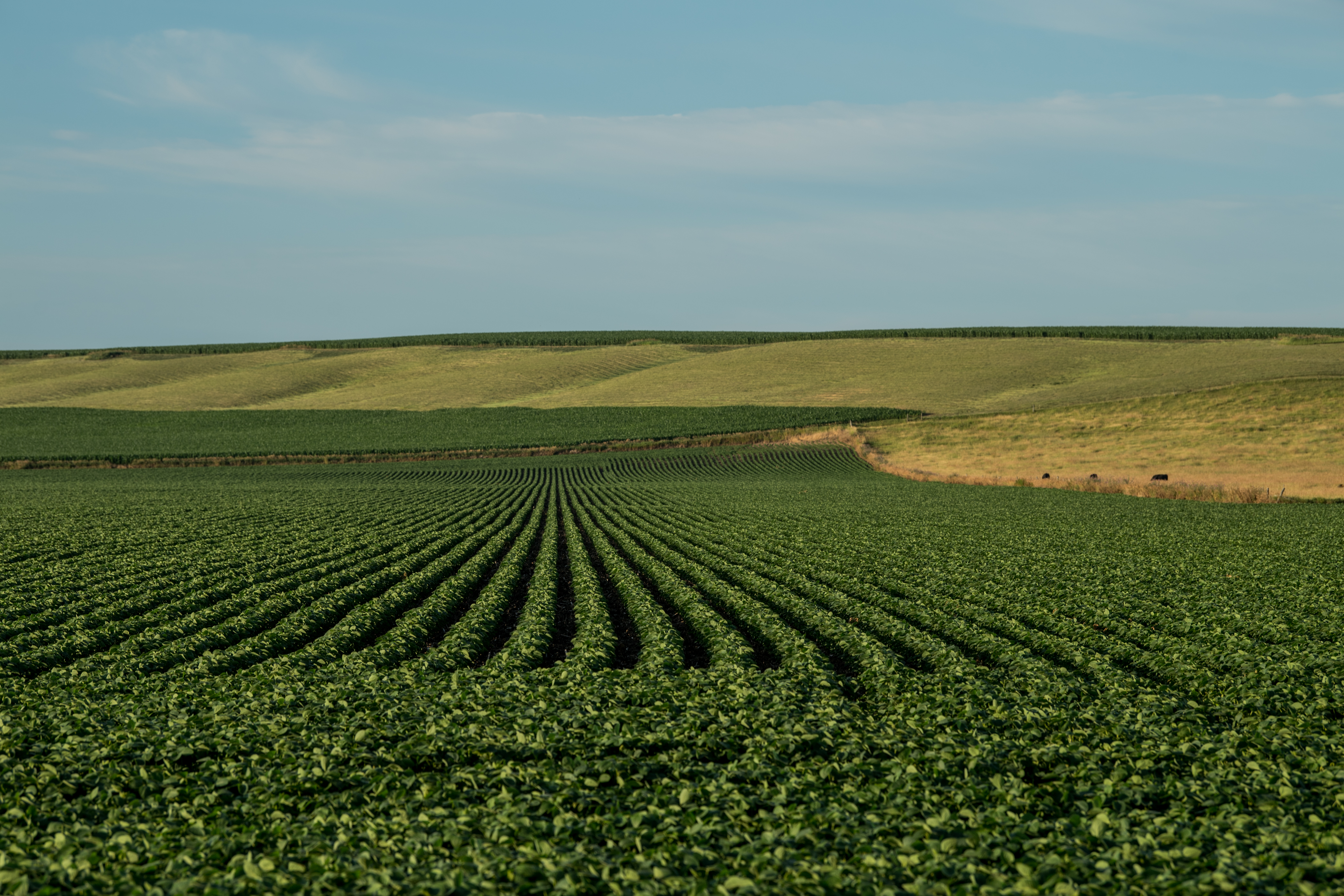 For many years, farmers waited until corn was in the ground before worrying about soybeans. Research shows that to achieve the best yields and profitability, soybeans shouldn’t be an afterthought.

Review of recent South Dakota Soybean Yield Contest winners shows that a common factor was planting prior to May 15. Research suggests that in the northern Corn Belt, high-yielding soybeans will lose 0.25 to 1 bushel per acre per day when planted after the optimum planting date. Optimal dates vary based on location and variety selection. Short-season varieties will respond differently to later planting dates than full-season varieties, but May 15 appears to be the target for most of South Dakota.

“I’m a big believer in getting beans in the ground in a timely fashion,” says Todd Hanten, a farmer from Goodwin, South Dakota. “It’s a no-brainer. The earlier my beans are in the ground, the better chance I have of getting my best yields.”

Hanten doesn’t wait to start seeding soybeans until after his corn planting is done. He has a planter for corn and an air seeder for soybeans that is ready to go when the time is right, based on the calendar, weather and soil conditions.

Farmers face a balancing act, however, because seeding too early in cool, wet soil can lead to reduced seedling emergence. Seed treatments and selecting varieties that are proven to emerge under cool conditions can help improve emergence.

“I do worry a little about planting too early, but so far I haven’t had to replant due to frost,” Hanten says.

Research shows that if soil and weather conditions are favorable, planting early offers a great opportunity to capture increased sunlight. To enable uniform, quick emergence of healthy seedlings, planting should take place no earlier than when the soil temperature at the 2-inch depth averages at least 50 degrees Fahrenheit.

The goal for soybeans is to have fields canopied as soon as possible. That increases sunlight interception and yield potential. Early-planted soybeans flower earlier, spend a longer period during yield formation (R1 to R6), have greater node production and have greater seasonal canopy photosynthesis. Later-planted soybeans tend to be shorter with pods that are set low on the stem, which can reduce yields.

“Farmers need to calculate where their profitability comes from,” Clay says. “They need to be careful to manage their soybeans because that may be where they make money.”

In addition to planting in a timely fashion, top producing South Dakota soybean farmers also use narrow row spacing, treated seed with inoculants and insecticides, and are careful to select the right varieties. They also plant a relatively high population of 160,000 seeds per acre to get 135,000 to 140,000 plants. Clay says as planting is delayed, farmers need to increase their seeding rate to get the desired plant population.

To read more from this issue of the South Dakota Soybean Leader, click here.