Jesse King knows longevity and is setting a foundation for the future of his farm and his community. King, from Toronto, South Dakota, just built a home on the farm that has been in his family for 140 years. He balances farming 1,600 acres in Brookings and Deuel Counties, community involvement, and leadership on the South Dakota Soybean Association Board of Directors. The latter is the result of his being selected in 2019 to be a Corteva Young Leader participant, for which South Dakota Soybean is currently seeking applicants. King’s desire to lead began when he met South Dakota Soybean board members on a Checkoff sponsored See for Yourself tour to Mexico in 2018. 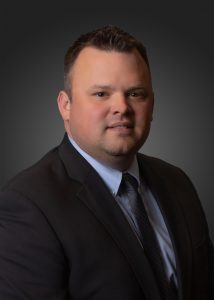 Following that trip to the Mexican coastal cities of Merida and Veracruz, “I put my [Corteva Young Leader Program] application in and was selected alongside Drew Peterson of Salem, South Dakota,” said King. Leadership training was done in two phases. “Our first phase was in Indianapolis at the Corteva Crop Protection Campus,” he said, “and the second phase was in San Antonio,” coinciding with the 2020 Commodity Classic.

Most of the people chosen take on a leadership role with the South Dakota Soybean Association. The Corteva Young Leader Program prepares individuals to lead, according to King, impressed with presenters who try to determine what motivates participants in a team atmosphere.

“Not necessarily trying to get everybody to be good at everything,” said King. “It’s finding what each person’s strengths are and using that to ultimately get to your goal of what you’re trying to accomplish there.”

King recommends that other growers, no matter their age, apply for the program, which he values not only for leadership training but also for lasting relationships among like-minded people.

“You get a number of friends for the rest of your life,” said King, referring to the opportunity to build a peer network. “You’ll have people there from all across the U.S. and even Canada. We stay in touch with all of them.” The relationships are sustained with the help of a yearly organized event. “You get to meet up with them annually, at least, at the Commodity Classic,” said King. “There’s an alumni banquet there each year.” That particular event was prevented from happening this past year because of the coronavirus epidemic, but King looks forward to once more picking up those friendships this coming winter when Commodity Classic is held in New Orleans.

The leadership training provided during the Corteva Young Leader Program can be applied to other positions of involvement. “I’ve been asked to serve on three other boards in my local community,” said King, adding that he views such service as a responsibility to help build one’s community.

“To keep things going,” he said, “people need to step up and be leaders.”