The sheer magnitude of China’s soybean market and the opportunity it presents is much clearer to Brookings farmer Craig Converse, one of six South Dakota farmers on a trade mission to China and Thailand with the South Dakota Soybean Research and Promotion Council (SDSRPC). The farmers are meeting with soybean buyers, traders, crushers and feed millers from the world’s largest soybean market. 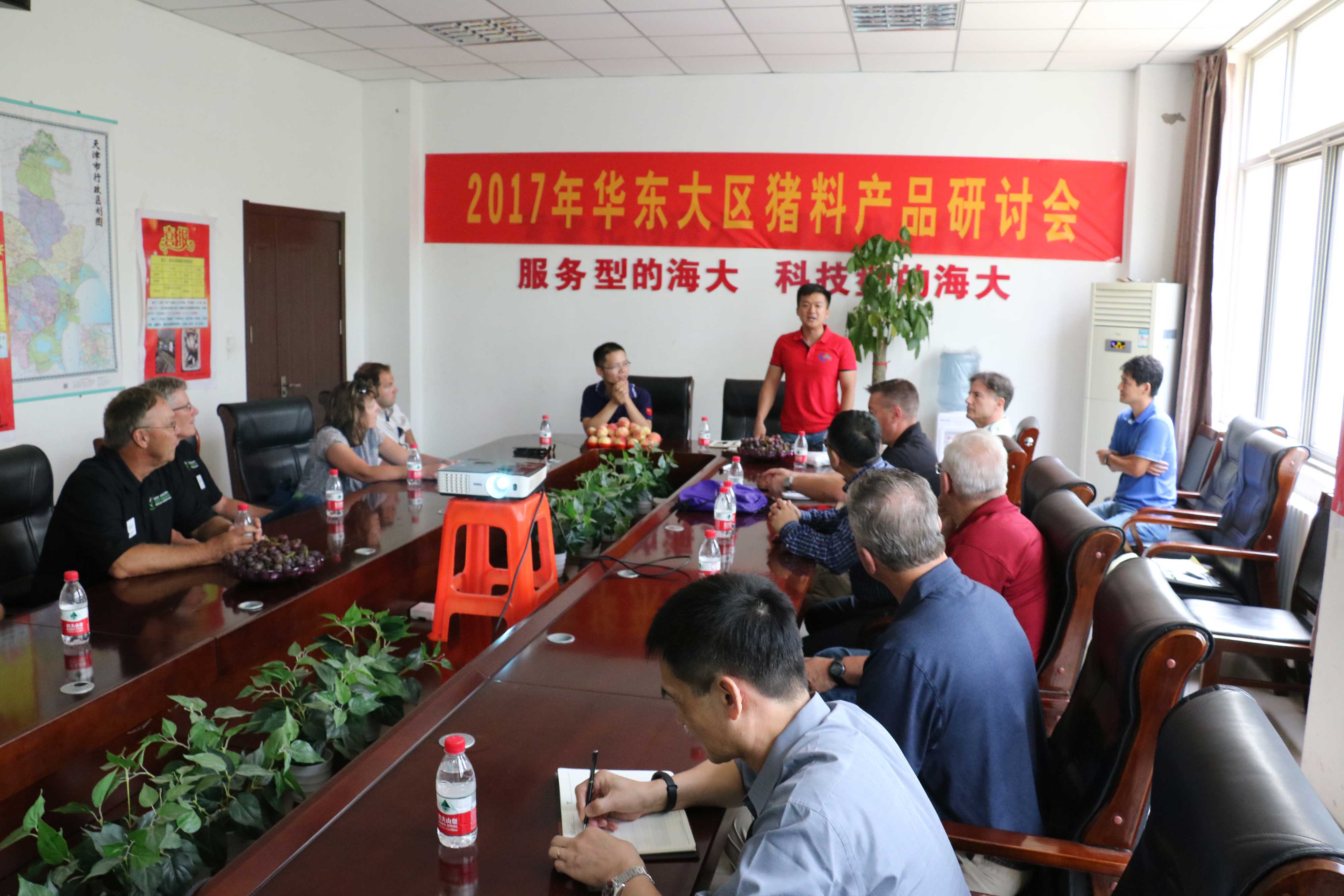 China is expected to import about 90 million metric tons, or roughly 3.3 billion bushels of soybeans in 2017. They are far and away the world’s leading soybean importer, which is necessary to feed the over one billion people who call China home. China now has 100 cities with more than 1 million residents.

“It’s hard to fathom China’s scope and size, particularly the size of the cities,” Converse says. “It’s difficult to comprehend until you see it.”

China has a large and modern soybean crushing industry. The South Dakota delegation met with the vice president and the chairman of Hopefull Grain and Oil, a family owned soybean crusher that currently has the capacity to crush more than 6 million metric tons, or about 220 million bushels of soybeans annually. That’s more than South Dakota’s entire soybean production. Hopefull Grain and Oil is currently building another crush plant in southern China that will increase the company’s processing capacity to about 10 million metric tons. 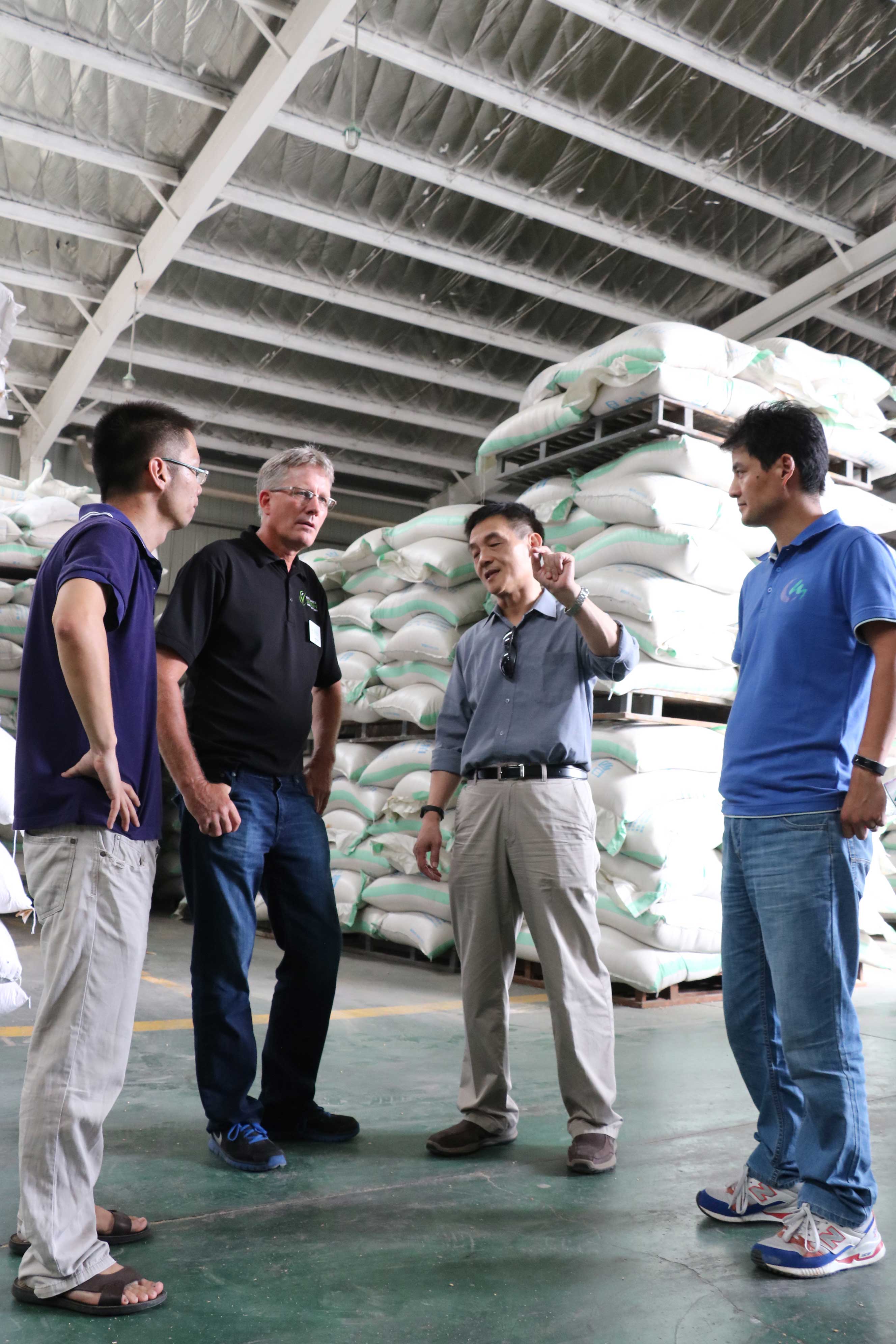 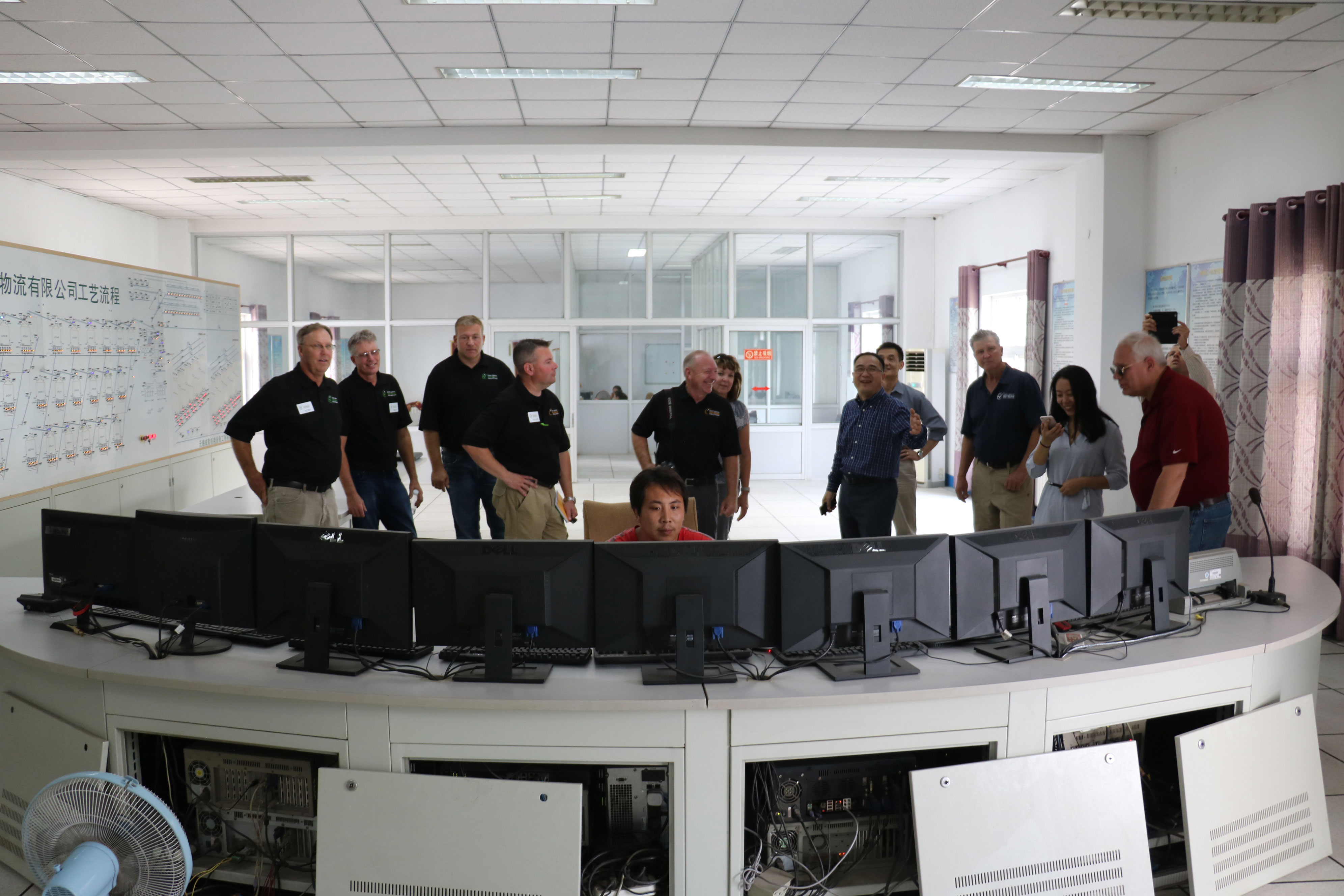 “It’s great to see that they’re building new plants because that means they’re projecting increased soybean demand,” Converse says. “It’s encouraging for the future for us.”

Hopefull Group already imports a large percentage of their soybeans from the United States. The farmers learned about the company’s needs while promoting South Dakota soybean quality to an important customer.

“Most of our soybeans come from you, so we’re glad to have you here,” Hopefull chair Shi Kerong told the farmers. “The cooperation between our crushing plant and U.S. farms is very important to us.” 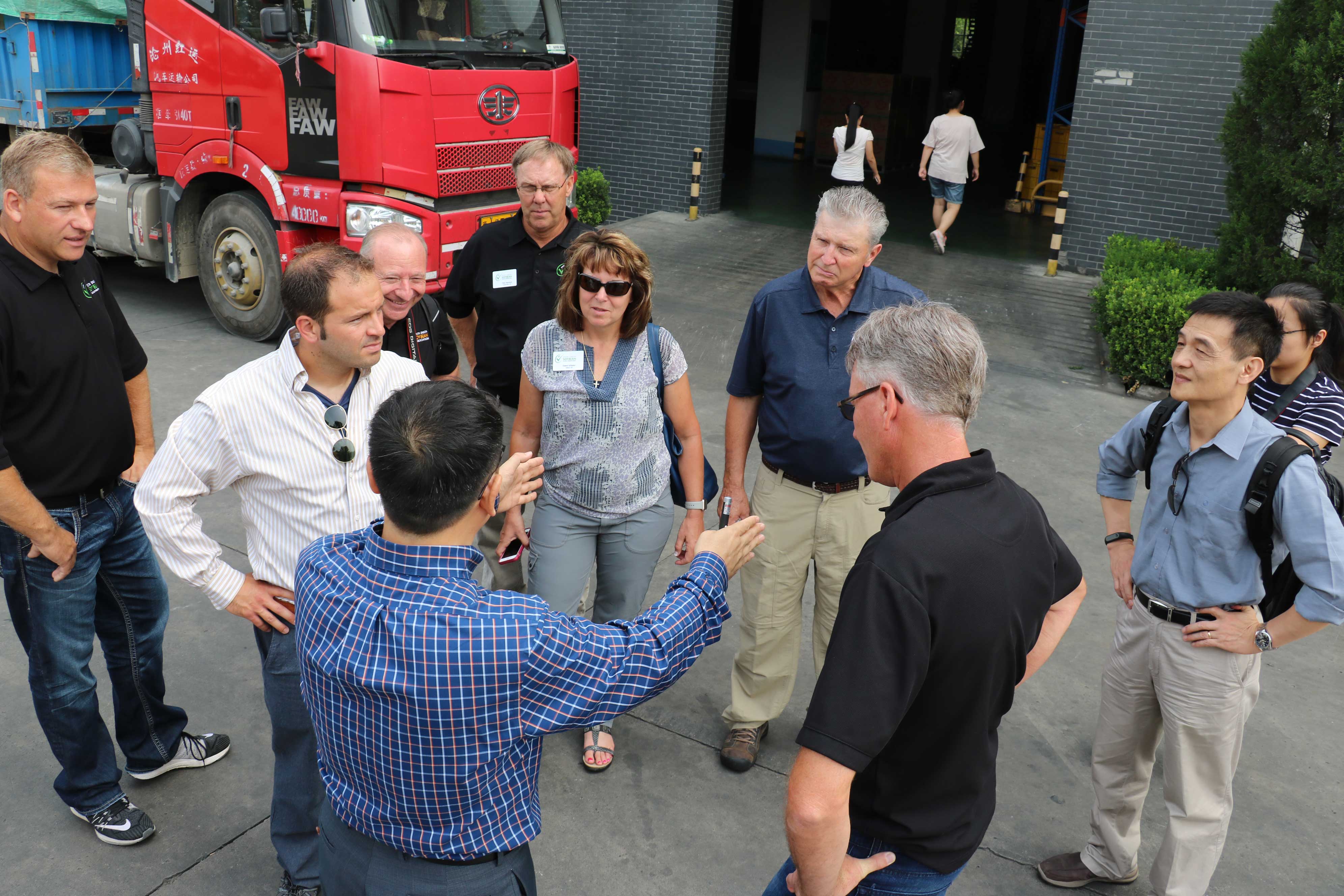 The farmers also met with representatives of the Haid Group and toured company’s Guangdong feed plant in Guangdong. The Haid Group is the third largest feed miller in the country, producing over 9 million metric tons of feed for hogs, poultry and fish. The Guangdong feed mill produces about 10,000 tons every month. 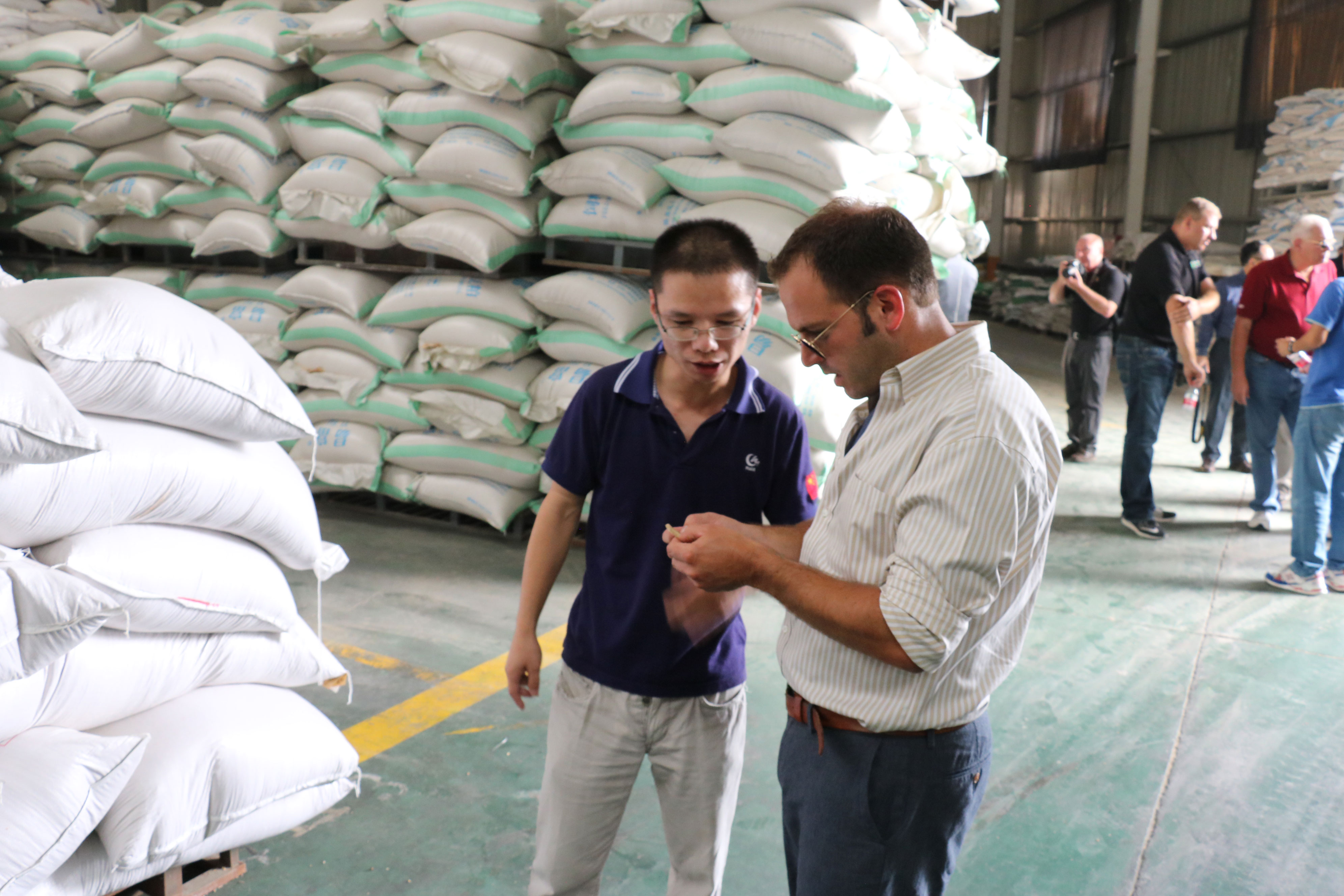 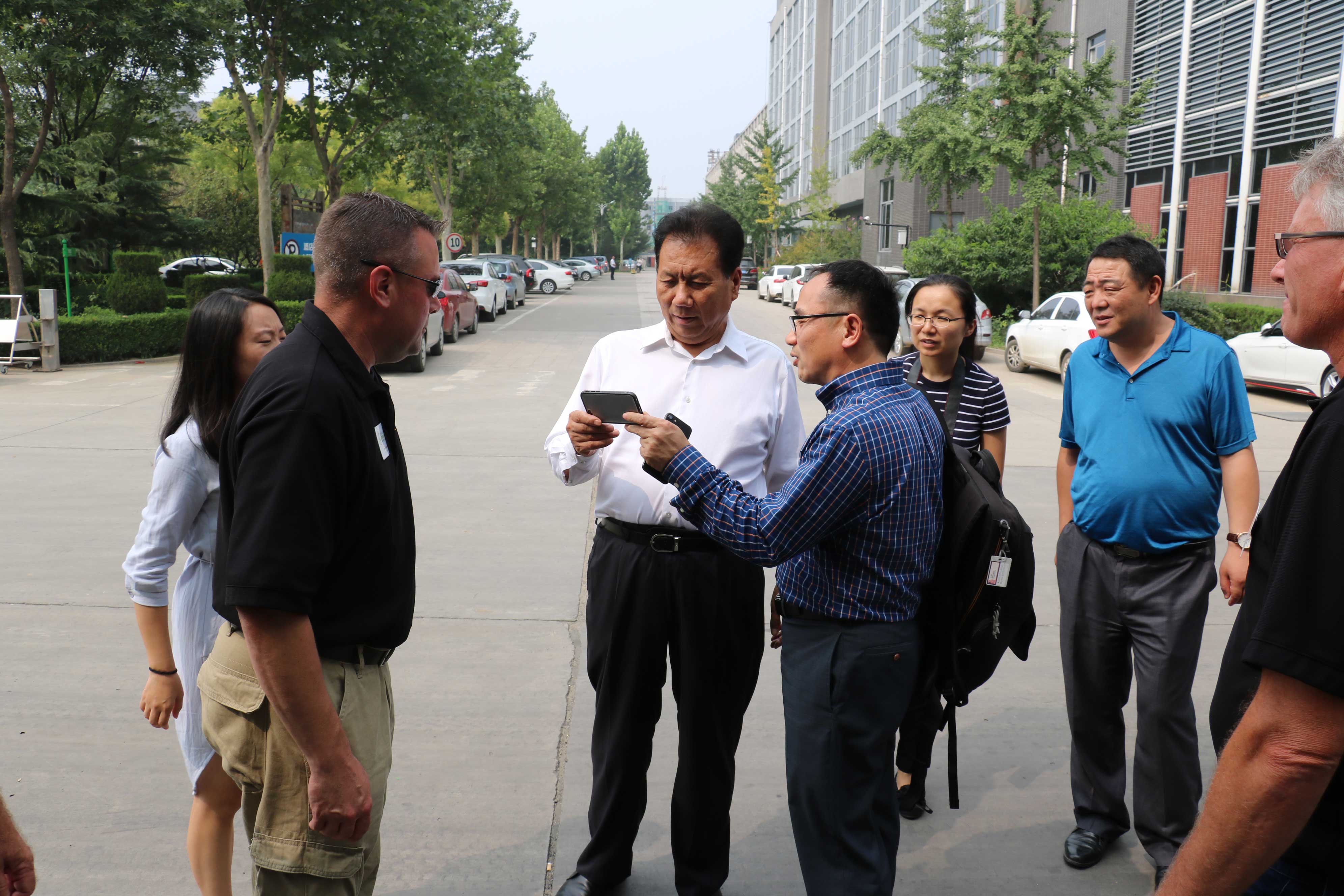