Even though Harbin, China and South Dakota are about 6,000 miles apart, weather and even soybeans can be unifying factors.

Harbin is located in north China’s Heilongjiang Province, the region where soybean plants originated and much of China’s agricultural production occurs. Harbin is also the site of one of China’s largest soybean processing companies. 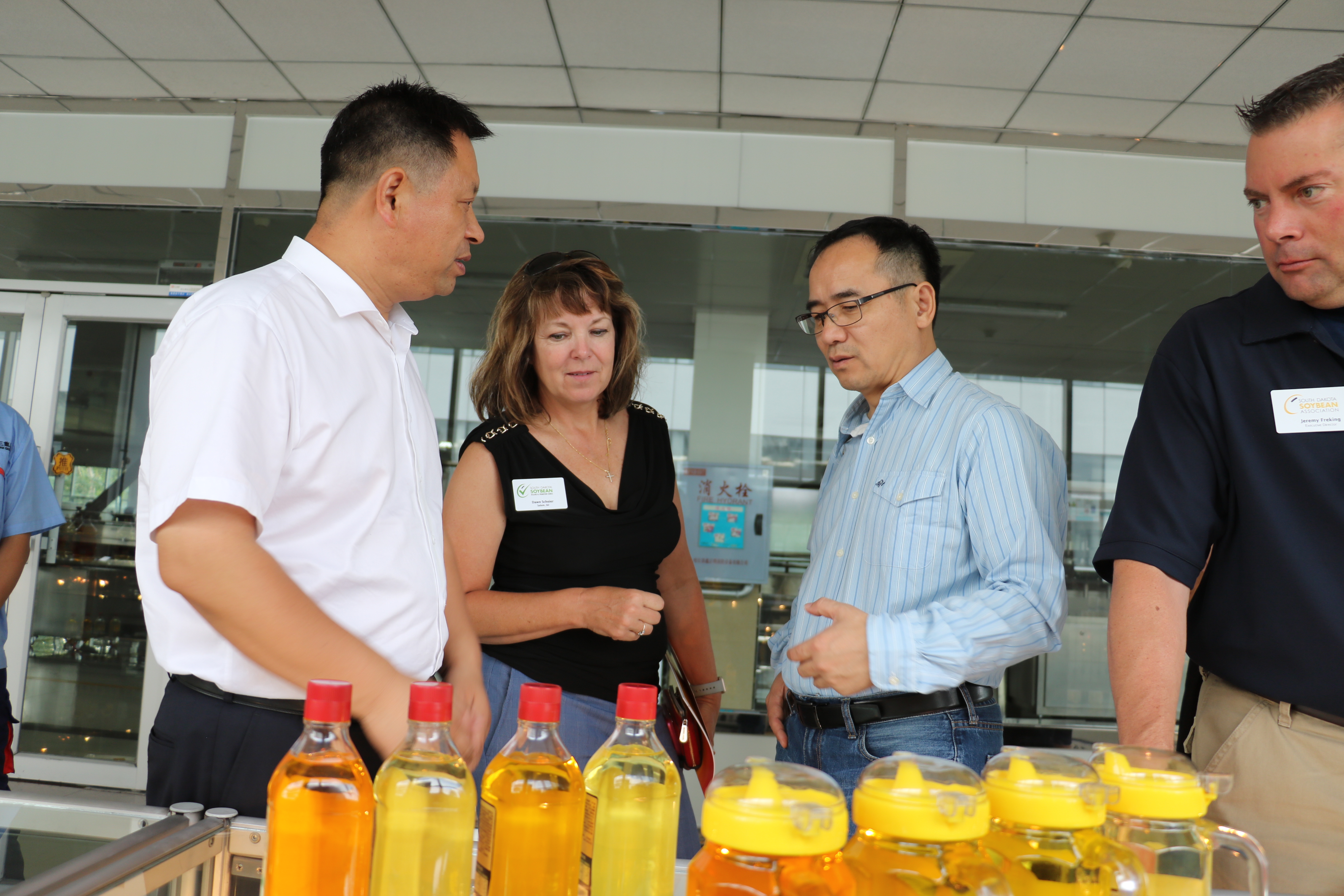 Like other global companies, Jiusan Oils and Grains Company keeps a keen eye on soybean production in South Dakota and elsewhere in the United States. Jiusan is made up of 13 branch companies located across China. Collectively, Jiusan is one of China’s largest soybean crushers with the capacity to process 12 million metric tons (440 million bushels) each year. Their processing capacity is double South Dakota’s annual soybean production. 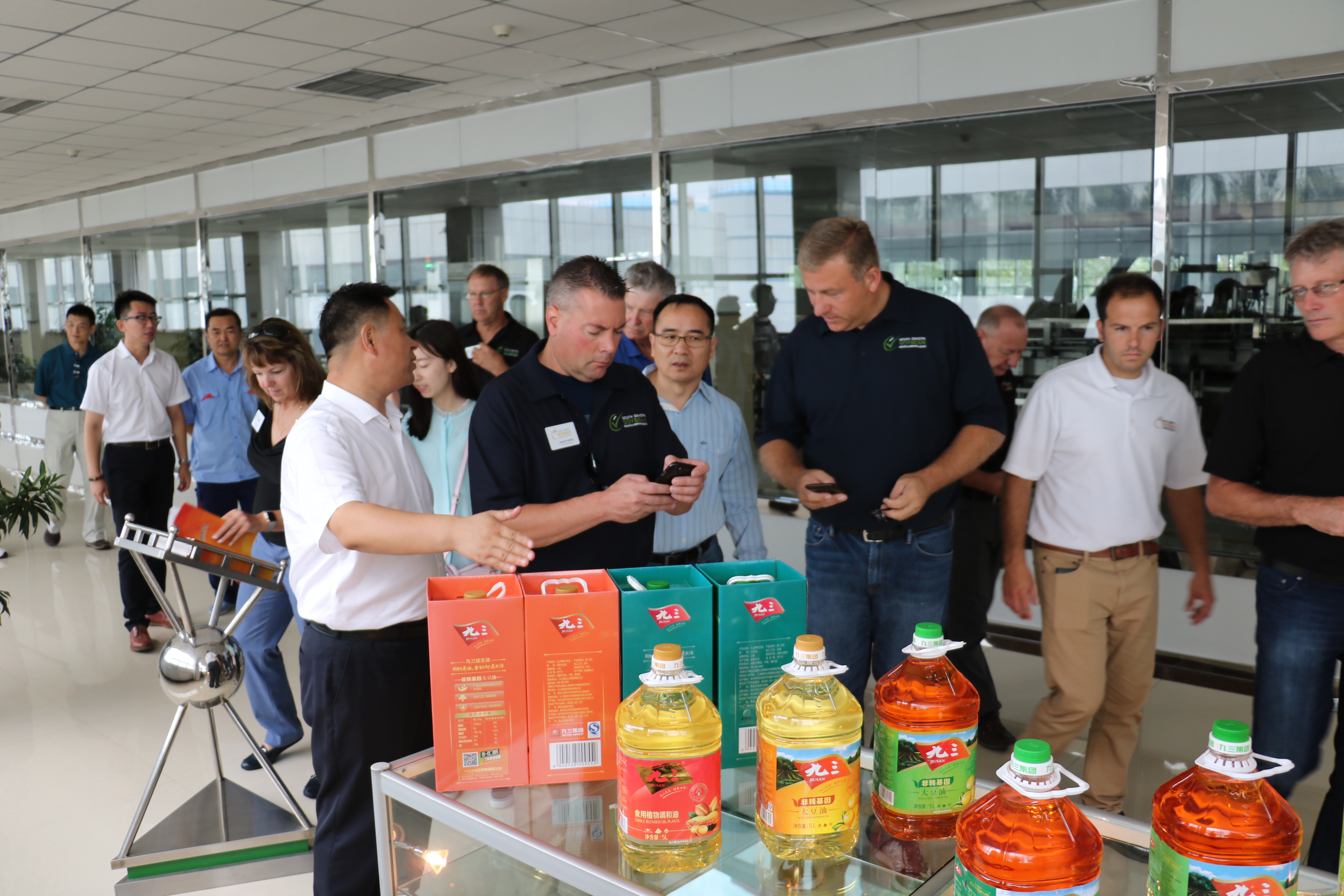 Jiusan imports more than 7 million metric tons of soybeans annually. More than half, about 146 million bushels, comes from the U.S.

South Dakota soybean industry leaders met with Jiusan officials at their processing facility near Harbin as part of a trade mission to China and Thailand promoting the quality and reliability of South Dakota soybeans. Jiusan officials closely monitor USDA crop reports to gauge crop development and anticipate how many soybeans will be on the market. Despite having access to soybeans from anywhere in the world, Jiusan representatives wanted to hear from farmers on the mission about crop condition on their South Dakota farms and their estimated yields. Farmers Mike McCranie, Todd Hanten, Dawn Scheier, Tim Ostrem, Jerry Schmitz, Craig Converse and Brandon Wipf all face different growing season challenges that will impact their individual yields. However, because of South Dakota farmer’s efficiency and increasing soybean acreage, famers assured Jiusan officials that the state will remain a reliable source for high quality soybeans. 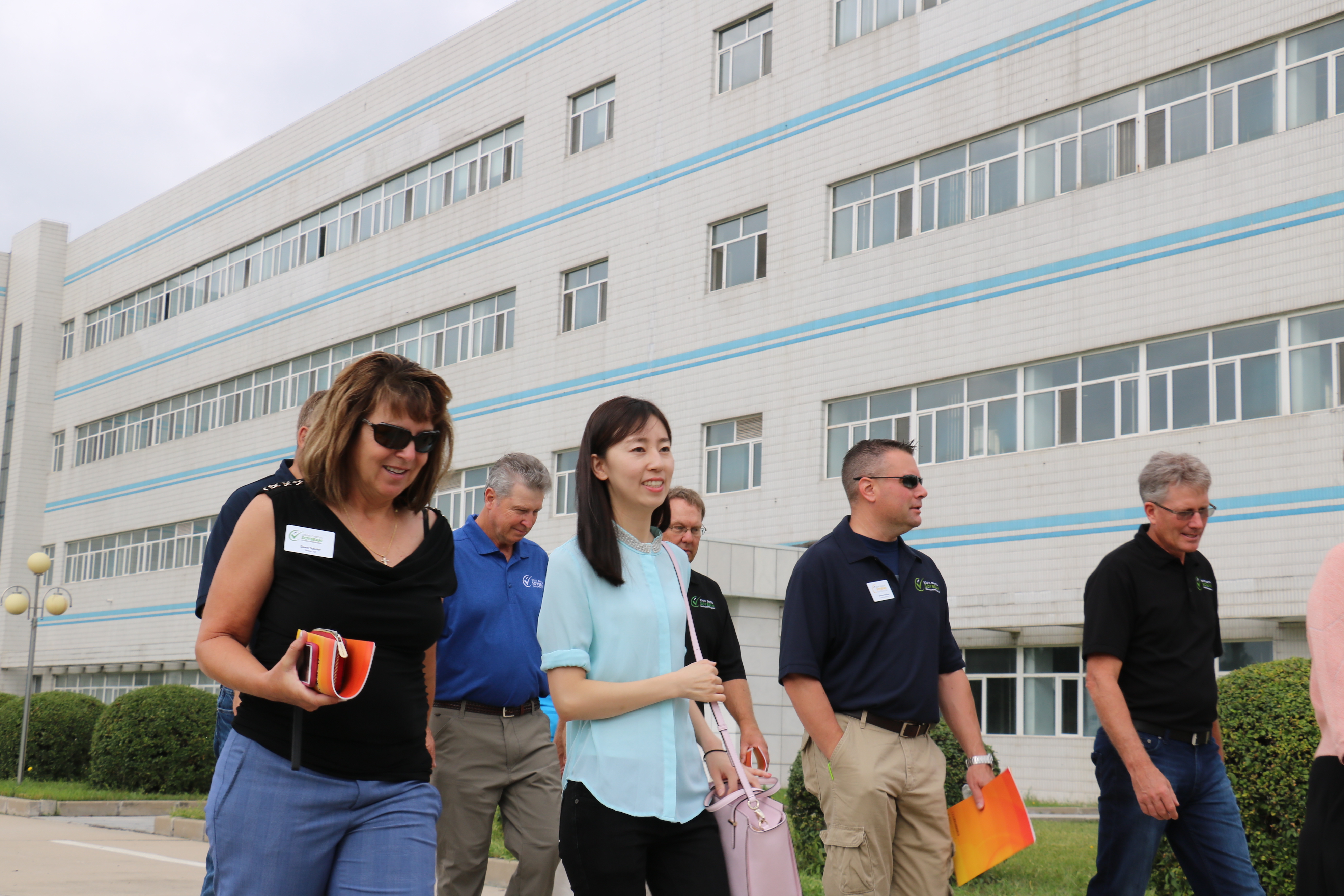 “The U.S. and China are both big players in the soybean industry,” said Jiang Lili, vice general manager of Jiusan’s oilseeds group, “the U.S. as grower and China as consumer.”

Although price remains a key factor Jiusan buyers use in making decisions, quality and delivery reliability are also considered.

“If we have the ability to choose, we would like to choose soybeans from the Pacific Northwest and South Dakota,” Jiang said.