Celebrate the MOMENTUM of 20 Years with Biodiesel 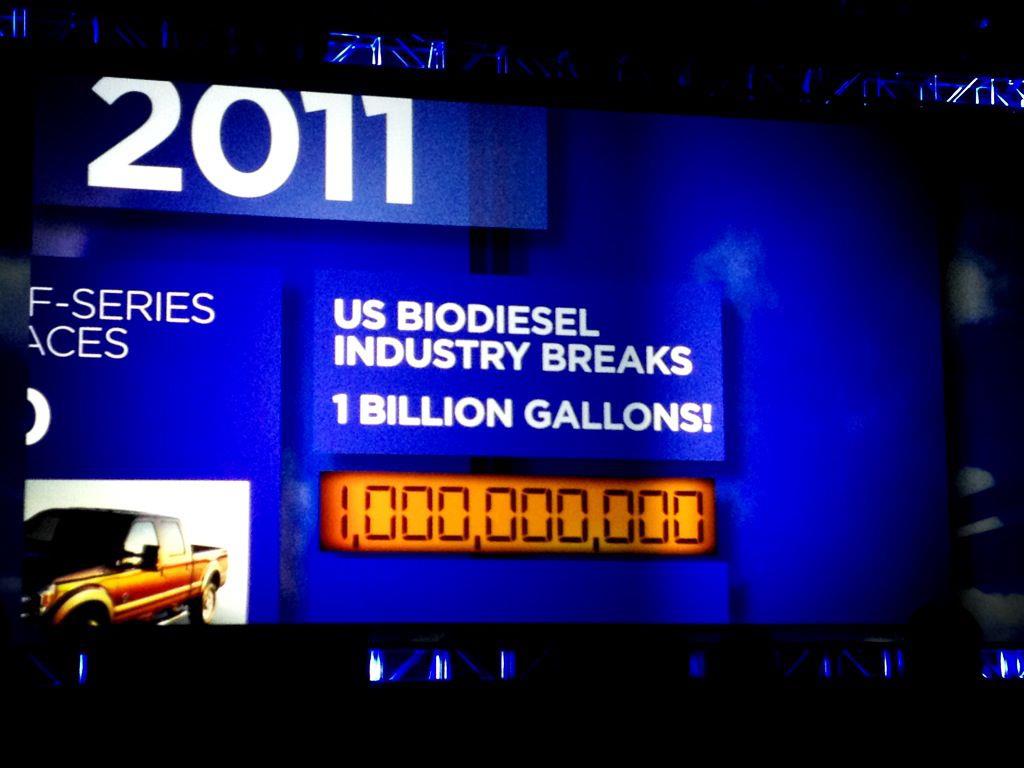 From soydiesel to American’s First Advanced Biofuel, Biodiesel has experienced a number of successes over the last 20 years. At the National Biodiesel Conference last week, we had the opportunity to look back and see just how far the industry has come. Thanks in a large part to investments from the soybean checkoff, the biodiesel industry has grown from a small, fledgling industry to an industry that is producing over 1 billion gallons of fuel per year.

The video below showcases some of the major highlights from the last 20 years, and will definitely leave you feeling excited about our growth:

While it’s important to reflect on our past, it’s also essential to maintain the momentum and focus on what’s to come. We are kicking off 2013 with a reinstatement of the biodiesel tax credit, as well as an increase in the Advanced Fuel* Requirements under the Renewable Fuel Standard (RFS). Both of these accomplishments are significant wins for the industry, but biodiesel’s biggest ongoing challenges are the efforts of the petroleum industry to end the RFS. Members of the petroleum industry continue to fight the RFS, misrepresenting biodiesel and other renewable fuels along the way. As farmers and community leaders, it’s critical to remain engaged to support and strengthen, what science has proven, that biodiesel is the most sustainable fuel on the planet.

*Biodiesel is the first and only domestic fuel produced on a commercial scale nationwide to meet the EPA’s standards as an Advanced Biofuel – meaning it reduces greenhouse gas emissions by more than 50 percent compared with petroleum diesel. The industry has exceeded the RFS production requirements for two consecutive years, and in 2012 it produced nearly 1.1 billion gallons of fuel, with plants in nearly every state in the country supporting more than 64,000 jobs.

Learn more about biodiesel in relation to soybean meal.