Bringing Legal Experience to the SD Soybean Checkoff Board

Heather Beaner’s seat on the South Dakota Soybean Checkoff Board is her voice in directing how farmer checkoff funds are spent. The Spink County farmer, a former U.S. Air Force lawyer, says the Soybean Checkoff projects she favors involve the management of pests unique to Northern soybean growers. “The pests that we face, while there is some version of them around the other soybean growing areas in the country, they’re specific to us in this colder, more western climate,” said Beaner, “and so I really appreciate the research that South Dakota State University (SDSU) does.” 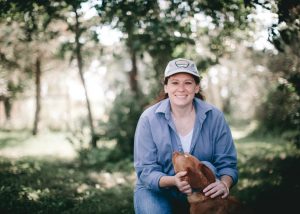 Checkoff Board members, including Beaner, meet periodically with SDSU researchers to determine which projects get priority. “And they’ve got some really fascinating pest control – either weed, or bug infestation, or things like white mold – that hit our South Dakota soybeans in a way that other states just don’t have the same problems to the level that we have or the nuances that come with living this far north.”

There’s even checkoff money to help shore up aging bridge infrastructure in rural South Dakota. “Each county can get up to $10,000 from the South Dakota Soybean Checkoff to either repair or replace that bridge,” she said, “and we have some engineering data that can show you how to maybe do it in a better way where you don’t actually have to replace the whole bridge. This is the whole point about trying to help our farmers get their beans and their other crops to market.”

Beaner acknowledges that her legal background serves her well. She left active duty a decade ago, shifting at that time to reserve status, to take over the family farm near Mellette, South Dakota. That military and law career, says Beaner, cultivated a skillset useful in her current South Dakota Soybean Checkoff Board position. “I’m good at analyzing situations, taking in information, focusing a group on a productive work product,” said Beaner, in an interview during Commodity Classic in New Orleans, “plus I’m a really good researcher and writer; it was one of my strengths in the law.” 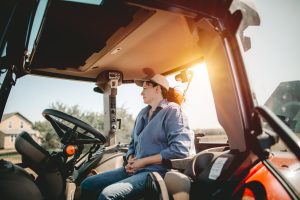 Beaner says she’s confident about the soybean market remaining strong. She calls current soybean oil demand “humongous”, which she says is resulting in more soybean crush plants being built, although she adds that upheaval in eastern Europe puts any market in question.

“My hope is that as we look for alternative ways to be self-sufficient in America, we’re finding outlets for our commodities,” she said. “That will keep that market strong.”