Biodiesel day is March 18, 2019. A clean burning and renewable fuel, biodiesel utilizes about 5.6 billion pounds of soybean oil each year, while at the same time reducing emissions. Biodiesel’s expanding markets are something South Dakota soybean growers can celebrate.

“In this tight economy, increasing domestic demand for soybeans through biodiesel is a win-win for soybean farmers and all who value clean air,” says Tim Ostrem, a Centerville soybean grower who is a director for the South Dakota Soybean Research and Promotion Council (SDSRPC) and represents South Dakota to the National Biodiesel Board.

Because of its clean air qualities, Ostrem explains biodiesel’s popularity is growing throughout the entire country, but especially on the East and West Coasts. In 2017, U.S consumers used nearly 2 billion gallons of biodiesel. Today, domestic demand for biodiesel accounts for more than a quarter of all soybean oil use in the U.S.

“Market expansion continues as more consumers discover this non-fossil fuel as an alternative to petroleum diesel that can be used to fuel trucks and also as heating oil for fuel oil furnaces,” says Ostrem, pointing to research noted on United Soybean Board website that biodiesel reduces greenhouse gasses by up to 86 percent, compared to petroleum diesel.

According to the United Soybean Board, the 15.5 billion gallons of biodiesel used through 2017 cut lifecycle greenhouse gas emissions by 143 million metric tons – the same impact as removing more than 30.6 million passenger vehicles from America’s roadways. 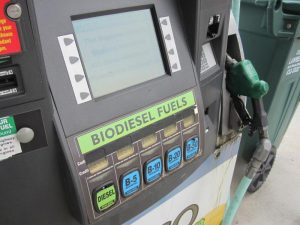 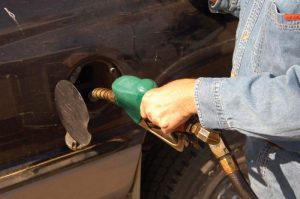 Research, funded in part by South Dakota soybean checkoff, helps in the development and promotion of biodiesel.

Biodiesel is renewable – Biodiesel is made from renewable resources like soybean oil, animal fats and recycled cooking oil. It has the highest energy balance of any commercially available fuel, returning 5.5 units of energy for every one unit needed to produce it.

Biodiesel is less toxic than table salt – On land and in water, biodiesel’s low toxicity is a major benefit of handling the fuel. Regular table salt is nearly 10 times more toxic than biodiesel, so the environmental concerns associated with transporting fuels aren’t a problem with biodiesel.

Biodiesel is the American alternative to foreign oil – Biodiesel is produced from coast to coast in nearly every state with regionally diverse raw materials. It is made from locally available byproducts and coproducts – soybean oil in the Grain Belt, recycled cooking oil in urban areas, animal fats from rendering plants in the Southwest and more.

Biodiesel supports 62,000 U.S. jobs – The biodiesel industry supports thousands of domestic, green energy jobs from lab technicians to engineers to truck drivers. All aspects of the U.S. economy are supported by biodiesel production.

Biodiesel can be used in existing diesel engines without modification – Biodiesel has widespread support across all diesel applications because it is easy to use with existing infrastructure. From 4-door sedans to bulldozers, from street sweepers to school buses, from snow plows to semi-trucks, and even in boats and home heating systems, the use of biodiesel is as diverse as the diesel engine itself.