Agriculture’s benefits are also hidden inside the building construction itself. 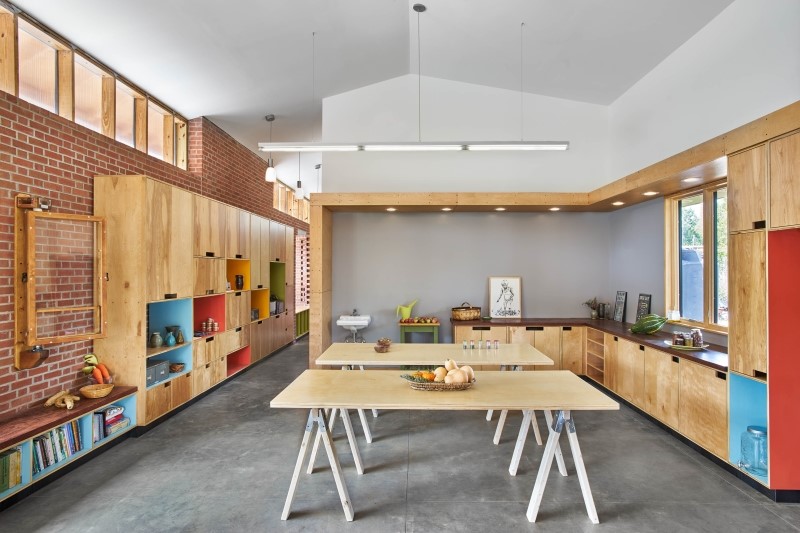 The overall project has earned multiple honors for UT professors Bob French and Jennifer Akerman. In January 2017, the Association of Collegiate Schools of Architecture recognized them with the Collaborative Practice Award for their work leading students and cooperating with community members on the Beardsley project. In 2016, the center received the Honor Award, People’s Choice Award and Member’s Choice Award from the American Institute of Architects East Tennessee.

Professors French and Akerman worked with more than 50 students as well as community partners. The center’s architectural design enhances the farm’s mission of engaging the community by creating a meaningful public space for the benefit of local residents, volunteers and farm staff.

“Aesthetically, we wanted to use materials that were ‘honest’ in their presence, thus the use of exposed structural brick, exposed concrete, and simply-finished plywood,” Akerman said. “The farm is a utilitarian place with a simple and genuine ethic of doing its best for the community. We wanted the architecture to express that same ethic in its space-making and materiality.”

“We sought recommendations from architect/builders in our community, one of whom recommended we look at Columbia Forest Products,” Akerman added. “CFP sources the wood used in PureBond® plywood from forests in western North Carolina, not far from our location in Knoxville, Tennessee. We were delighted to learn of the sustainable forestry and chain-of-custody practices Columbia upholds, and the material itself is relatively toxin-free for a plywood. It contributed to certain materials credits in the LEED system, too. For all of these reasons, we were happy with the environmental and social sustainability of CFP’s product.”

Bud Archer, a former UT student who was part of the project team, explained that all of the cabinetry at Beardsley Farm was made with PureBond® hardwood plywood.

“’We really tried to seek out relationships with local suppliers who were conscious of the environmental impact of the construction industry, Archer said. “Columbia Forest Products was very receptive to the project’s goals and provided local materials that were better for the environment and formaldehyde-free. With no difference in cost or performance, it just made sense to use products that are more respectful of the source from which Beardsley grows its food.”

Background on the Biobased Benefits 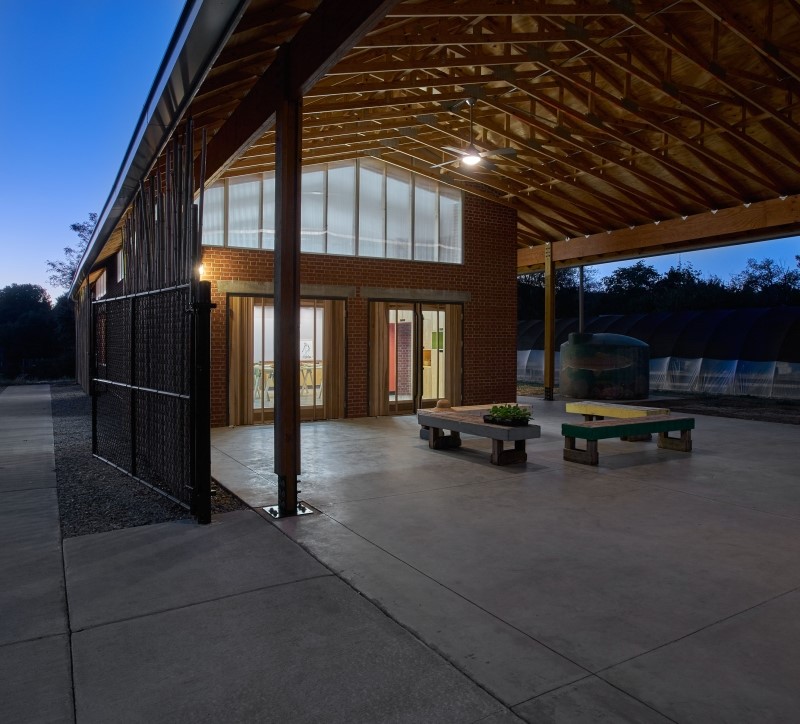 The U.S. Environmental Protection Agency (EPA) honored the researchers who developed this new soy-based panel assembly approach with the 2007 Presidential Green Chemistry Award. According to the EPA, the technology represented the “first cost-competitive, environmentally friendly adhesive that replaced the toxic urea–formaldehyde (UF) resin.”

Tennessee is one of about 26 U.S. states that currently produce soybeans that are used in PureBond® as well as abundant supplies for human food and livestock feed around the world. Each year, nearly 570,000 independent U.S. farmers plant, grow, and harvest trillions of soybeans. This video tells the story.

Since its full conversion to PureBond® assembly in 2005, Columbia has now manufactured more than 100 million sheets eliminating nearly 400,000 tons of UF resins and the associated formaldehyde exposure risk to its employees, supply chain partners and customers downstream.

PureBond® qualifies for mandatory federal purchasing because it meets the requirements of the USDA-designated biobased category for composite panels.