We are happy to be back in the U.S., but we couldn’t resist sharing one more post about soybean production in Argentina. 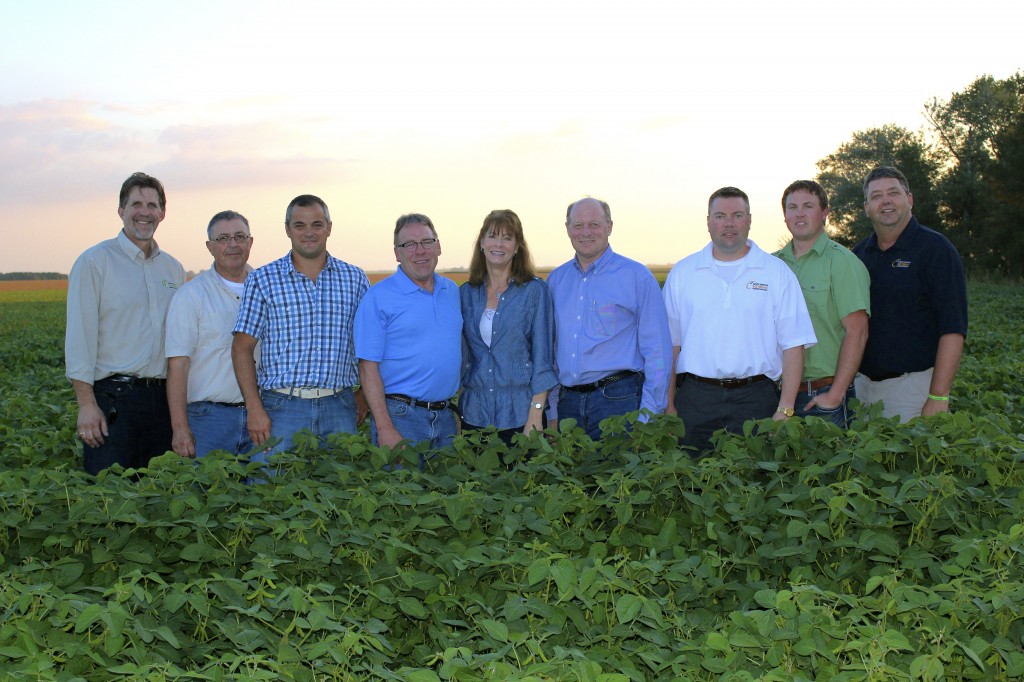 Argentina is the third largest producer of soybeans in the world, and is the leading exporter of soybean meal and soybean oil. What makes Argentina unique is that they export very few whole soybeans. They have built up their crushing facilities in their main soybean production area near Rosario. The South Dakota group was able to visit one crushing plant called T6 in the Rosario area. T6 is a joint venture between Bunge and AGD (a processing business). T6 is responsible for about 20% of the total soybean crushing capacity in the Rosario area, processing around 20,000 metric tons per day. The plant operates 24 hours a day, 7 days a week, and can process 1,800 trucks per day through their facilities. The EU is their primary market for soybean meal. In addition to the crushing facilities, T6 also operates a biodiesel plant. Europe was their primary market for biodiesel, but they have had issues importing biodiesel with the EU’s new Renewable Energy Directive (RED), much like the U.S. has experienced. 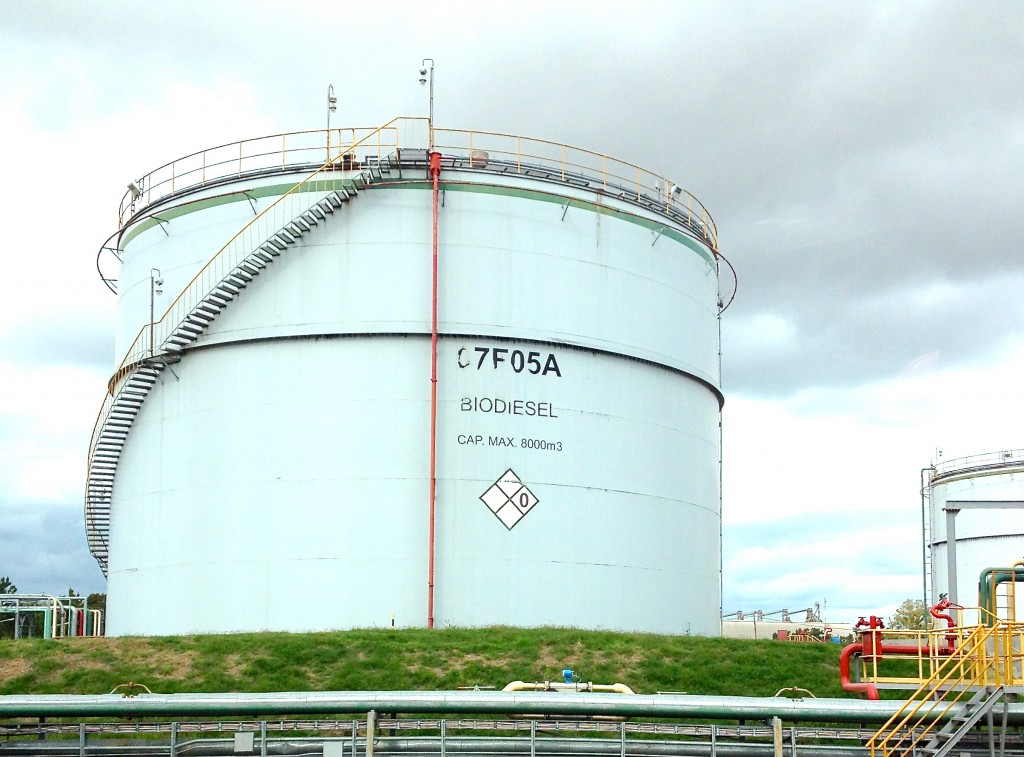 Biodiesel tank at the T6 facility near Rosario, Argentina.

While traveling across the Argentine countryside and visiting farms, you felt like you could have been driving across the midwest. Argentina boasts flat farm ground, rich soils and mild temperatures that make for ideal growing conditions. However, there were a couple noticeable differences. Because of their climate, the most productive farms are able to double crop. It was very strange for us to see soybeans ready for harvest, alongside green soybeans in the peak of their growing season! 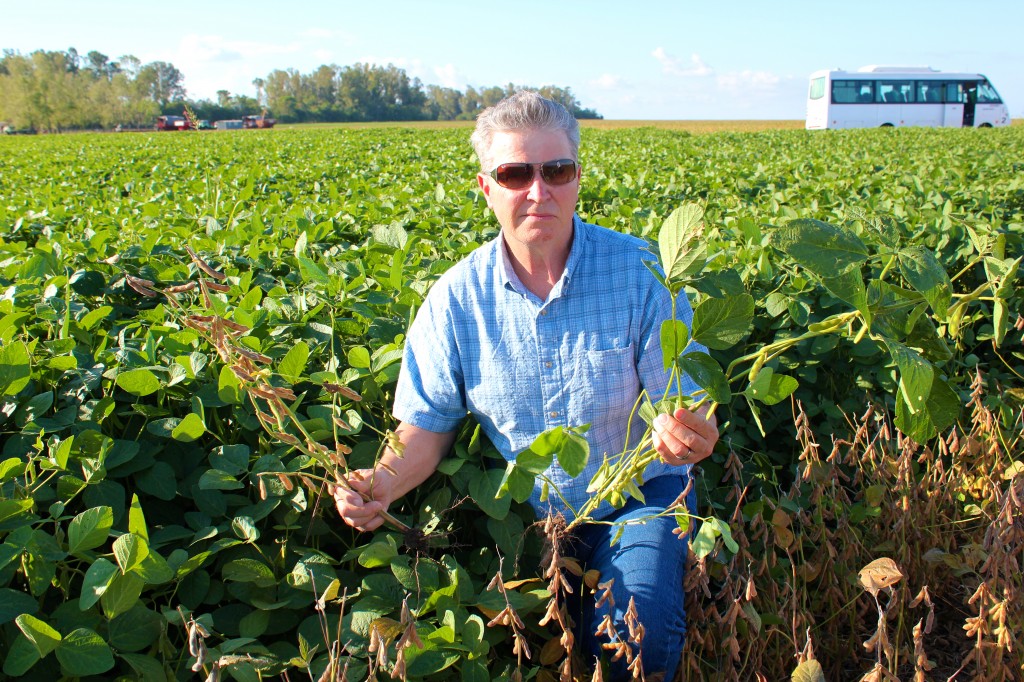 Also, unlike the U.S. where we have a variety of crops during the growing season (soybeans, corn, wheat, alfalfa, etc.), we saw field after field of soybeans in Argentina. Argentina has about 74 million acres of ag production, with soybeans accounting for 2/3 of that production. In our meeting with ACSOJA, the soybean association in Argentina, we learned why farmers are growing so many acres of soybeans. According to ACSOJA, soybeans are more profitable for farmers because the export market already exists, and soybean exports are not subject to government authorization like other crops, such as corn and wheat. Each year, the government will grant a limited number of export permits for corn and wheat. By doing this, supply in Argentina increases, and the price drops. Because of this uncertainty, farmers in Argentina do not know year-to-year whether they will have a market for their corn or wheat crops. As you can imagine, without regular crop rotations, soil health and quality may begin to suffer. 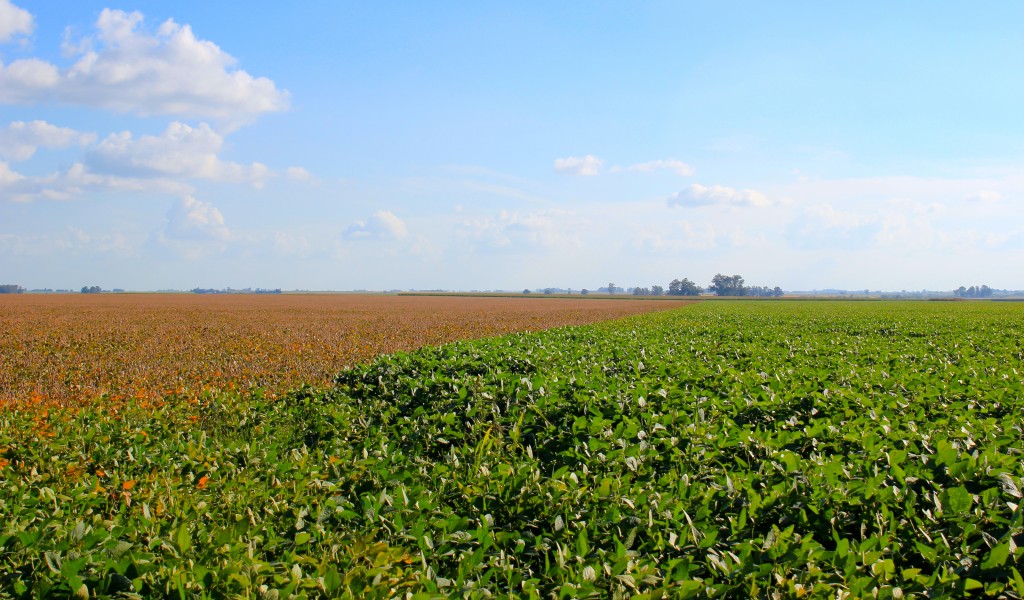 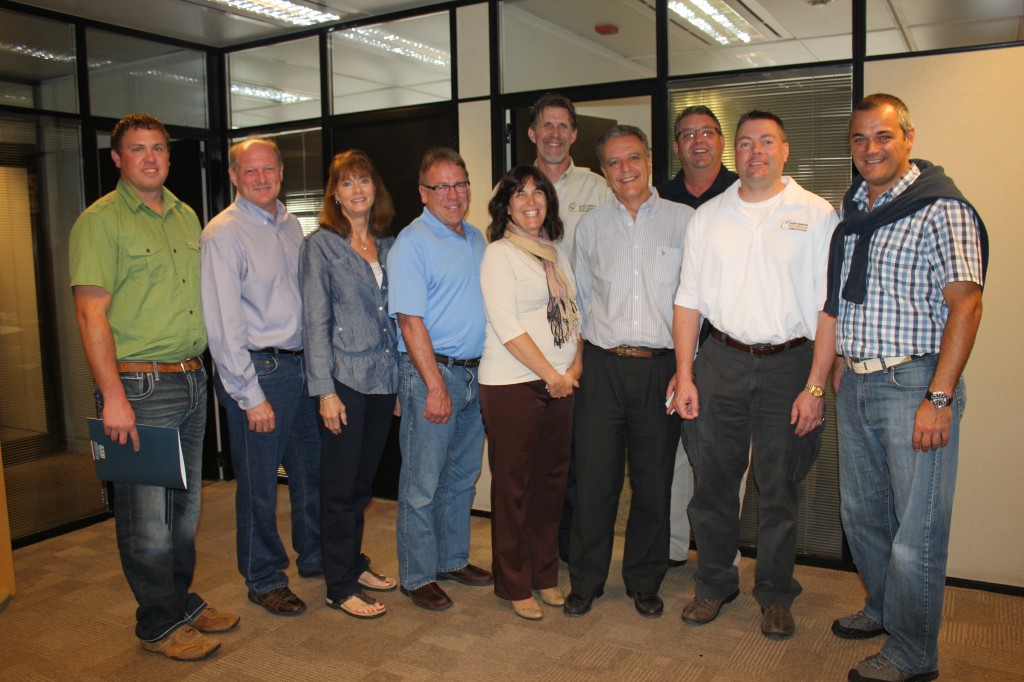