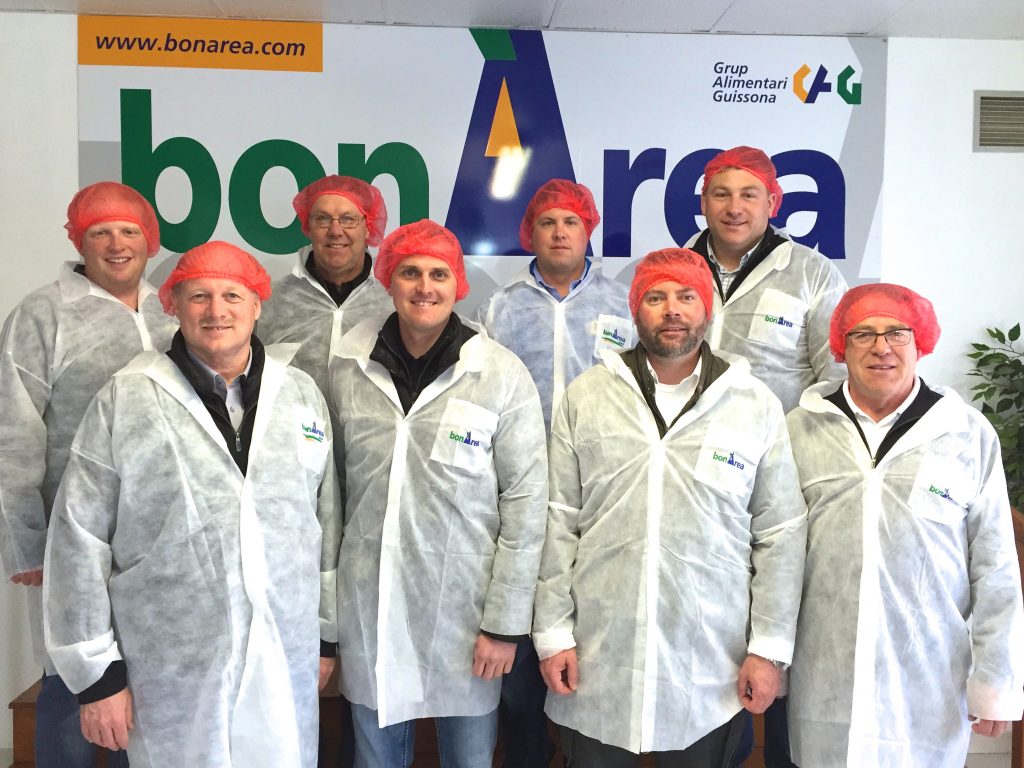 Last week, directors on the South Dakota Soybean Research & Promotion Council (SDSRPC) returned from a trade and educational mission to Europe. The European Union (EU) is a growing market with a lot of potential for U.S. soybeans, and the purpose of the trip was to open the doors to conversations about the high quality of U.S. soy. The EU is the world’s second largest importer of soybeans at 12.8 million metric tons (MMT).

While in Spain, the South Dakota group had meetings with the Guissona Food Group. The Guissona Food Group is located in the town of Guissona which is about 90 minutes northwest of Barcelona. The Guissona Food Group is a fully vertically-integrated cooperative, where they boast being able to take products from the field to the table in 24 hours. You can see all of the different facets of their business in the image below. (Crops > Feed Production > Breeding > Raising Animals > Slaughter > Processing > Quality Control > Distribution > Selling at Bon Area Grocery Stores) 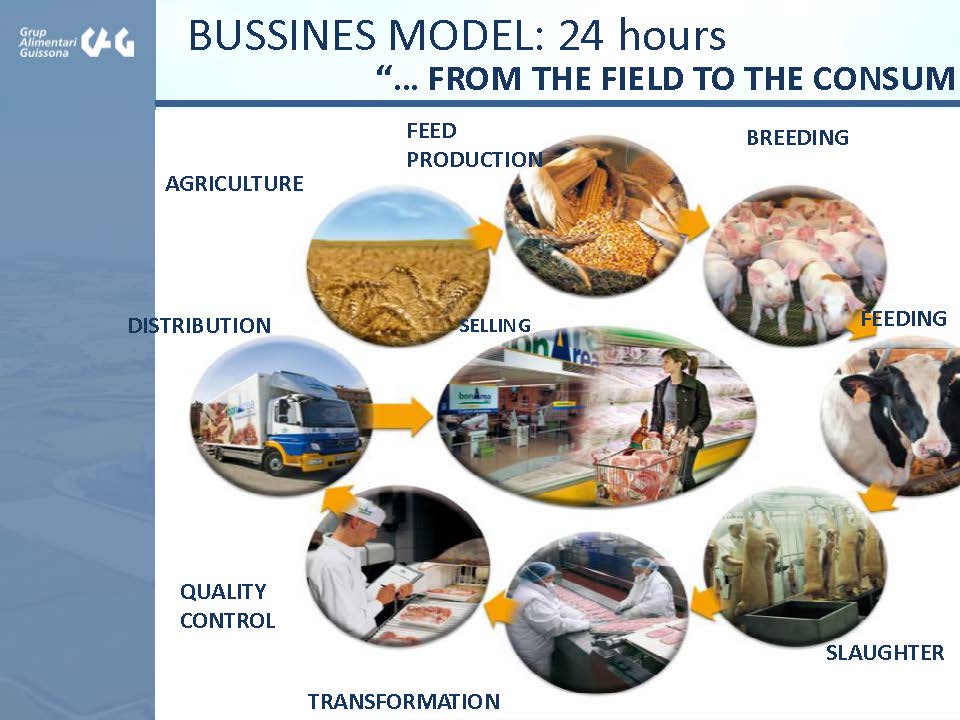 During the South Dakota delegation’s visit with Guissona Food Group, South Dakota soybean farmers were surprised to learn that they are currently only feeding about 10% soy in their diets. While this percentage has room to grow, this also translates into an opportunity and future potential. The Guissona Food Group isn’t producing much of their own soy needs, and they were interested in hearing about the favorable Essential Amino Acid profile that South Dakota soybeans have to offer.

Following the meeting with company officials, South Dakota soybean farmers toured one of the Guissona Food Group’s processing plants. This plant is capable of processing 100,000 chickens per day and producing 10,000 packages of chicken per hour. They also process 5,000 pigs  per day. The Guissona Food Group and the Bon Area stores specialize in serrano hams. These hams are dry-aged at the facility for two years before they are sold.

The visit and tour of the Guissona Food Group was a learning opportunity for both company representatives, as well as the South Dakota soybean group, but most importantly the farmers were able to build a relationship and start a dialogue with one of Spain’s largest feed producers.