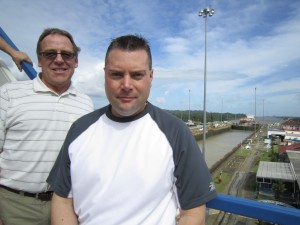 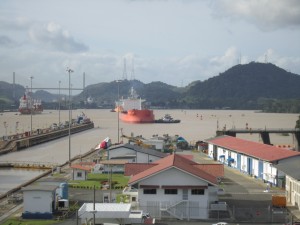 View of the Panama Canal 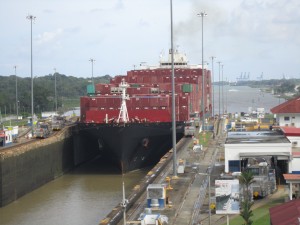 A cargo ship passes through the Panama Canal

One issue of particular interest to the Soy Transportation Coalition is the Canal Expansion project that is currently underway. Scheduled to be completed in 2014, the expansion project will take the canal from two lanes to three lanes, doubling the Canals capacity.

Listen to Stan Hanson share his thoughts on visiting the Canal.

Executive Director of the Soy Transportation Coaltion, Mike Steenhoek, discusses the importance of the canal and the expansion project.

Have questions or comments about the Soy Transportation Coalition, exports or the Panama Canal? Please post them here!