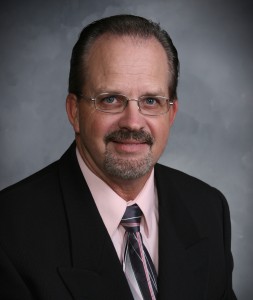 In December, the National Biodiesel Board (NBB) held a bio-heat and bio-diesel summit in New York City. Myself, along with other state soybean directors, executive officers and guests, had the opportunity to learn about the latest policies and state laws pertaining to air quality in New York, and how they are being implemented.

Last summer, Governor Paterson of New York signed the Clean Heating Oil bill into law. This bill requires lowering the sulfur content of #2 heating oil by 99%. Starting July 2012, all heating oil in New York State must have no more than 15 parts per million sulfur.

At the same time mayor Bloomberg signed Local Law 43 for New York City that requires a minimum of not less than 2% blend into all home heating oil. Two percent might not sound like a lot, but you have to take into account that almost 9 billion gallons of heating oil is used in the northeast. Do the math. Especially when the goal is to move that ratio up to 20% in the not so distant future. A blend of 13% in heating oil leaves a cleaner carbon footprint than natural gas! Feedback from the customer base indicates they like the way it burns, smell is improved and dependency on foreign oil drops.

The city of New York operates approximately 5,000 gas vehicles and 6,000 diesel vehicles. Their goal in the near future is to have most gas vehicles operating on E-85, and the diesel vehicles up to a 20% blend of bio-diesel. Parks and recreation, street, and sanitation departments are all ahead of schedule. Their goals and foresight are unprecedented for a large city in a colder climate. The department heads have taken on many hours of educating themselves and their workers on how to successfully implement these goals. Some of the hardest working people Ive met!

Now, in order to meet their ambitious goals, the city has to have these biofuels readily available to them. We visited the citys largest wholesale distributers, METRO. METRO is family owned business currently owned by brothers Gene and Paul Pullo. This state-of-the-art facility sells nearly one million gallons of product daily. Everything from heating oil, diesel, and gasoline, are all computer blended to any ratio.

The Pullo brothers have been in the bio-fuel business for many years. Their commitment to making a difference is unprecedented.

They are currently in the process of building the largest biodiesel plant in North America at one of their distributing sites! They definitely put their money where the talk is! Their goal is to refine 100% domestic feedstock through it. Once completed later this year, they will have one of the few totally integrated wholesale sites. The Pullo brothers have also been to the Midwest and love our soy product. A great friendship and business partnership has developed with them and NBB.

After having the chance to visit New York City and METRO in person, there are several messages that I took home with me. We have environmentally conscience people in cities who are truly concerned about where our energy comes from and how it affects us. They are educating themselves and moving forward. To the hard working farmers in this state and others, this is one testimonial of how your checkoff dollars are working. Millions of dollars of research and promotion have take place to bring this story into fruition.

For more information about biodiesel, you can visit http://www.biodiesel.org/. Have questions for Doug? Submit a comment below.