Activities of the American Soybean Association 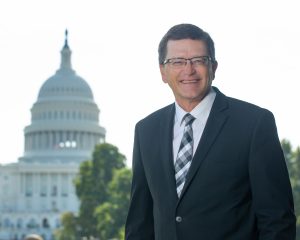 Kevin Scott, a farmer from Valley Springs, S.D., who is president of the American Soybean Association (ASA) Governing Committee. He previously served as vice president and secretary of the ASA Governing Committee and has been on the ASA board of directors since 2012. He serves on ASA’s Trade, Policy and International Affairs committee and on the U.S. Soybean Export Council (USSEC) board of directors. Scott also serves as a member of ASA’s Biotech Working Group, representing USSEC, and is a member of the AG Rail Business Council, where he represents ASA. Scott served as president and a member of the South Dakota Soybean Association (SDSA) board for more than 10 years before terming off the board. He still serves as a national policy issues lead for SDSA and provides any other support the state needs. Scott and his wife farm in southeast South Dakota on a fourth-generation operation that began in 1886. They farm with their son and daughter-in-law. The Scotts have a variety of ag related investments in livestock and other value-added projects. Scott has an associate degree in agriculture from South Dakota State University. He and his wife have six children and two grandchildren. Scott says his priorities are faith, family, and hard work.